Compensations in muscular activity caused by re-education of neural pathways help in restoring good function. This is possible because the condyle is not a load bearing one and is only a joint following a pathway set by articulating surfaces and muscles.

There is much controversy regarding open reduction and closed reduction in these type of fractures [2,3]. Both have merits and demerits.

The condylar segment is no longer considered to be a growth centre but only a centre of passive growth. In children restitution changes occur to a major degree after condylar fractures but in adults it is mainly remodelling.

The surgical approach of the sub condylar region is also fraught with dangers like facial nerve paralysis, necrosis of the condyle, and a scar.

So fractures of sub condylar region need to be managed differently from fractures elsewhere in the face.

• To evaluate the merits and demerits of conservative management.

• To evaluate the nature and incidence of complications associated with conservative management.

• To evaluate methods by which complications can be reduced.

• To assess the degree of function regained with conservative management.

This study was based on the data collected over a period of two years in the department of Oral and Maxillofacial Surgery, Dental College, Thiruvananthapuram.

Total numbers of 430 mandibular fractures were studied and out of these 107 patients had sub condylar fractures.

The data were classified into the following groups.

Incidence of mandibular fractures were classified into 5 groups (Figure 1): 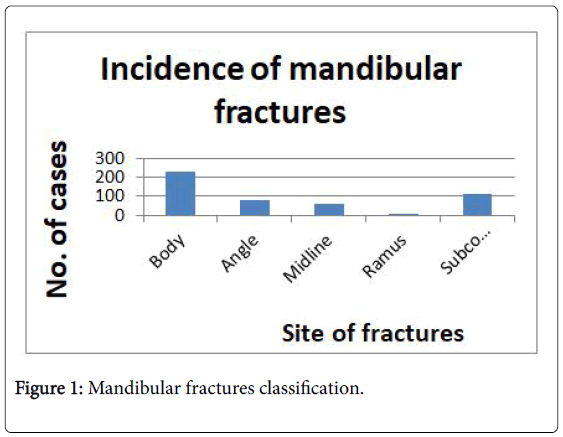 Distribution in relation to age (Figure 2): 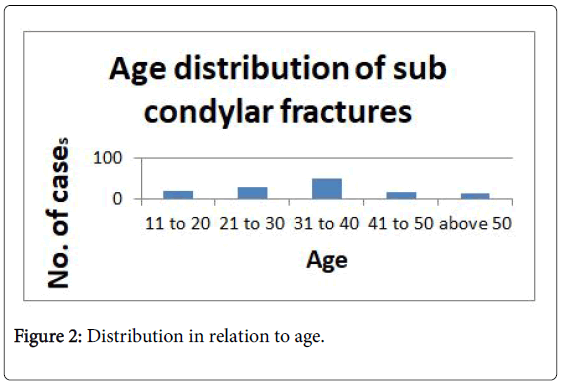 Figure 2: Distribution in relation to age.

Association with other fractures (Figure 3): 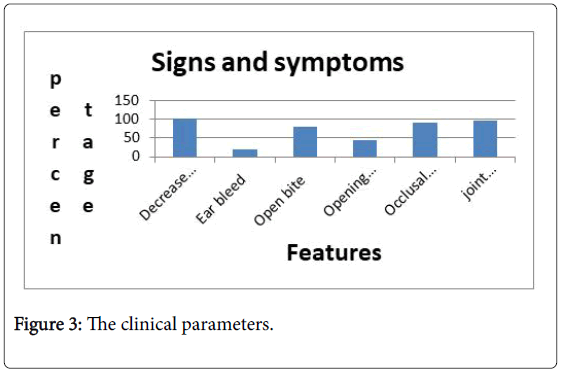 The clinical parameters noted were (Figure 4):

• Bleeding from the ear 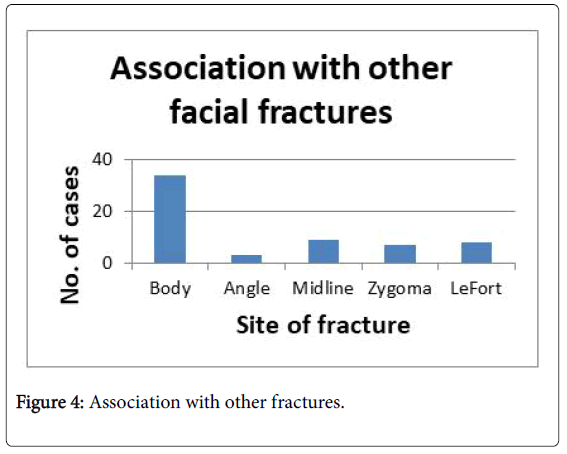 Figure 4: Association with other fractures.

Post-operative evaluation was based on (Figure 5): 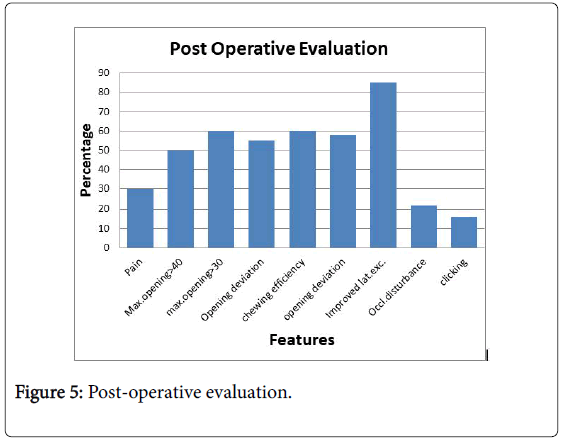 In fracture displacements posterior bite block and elastic traction were given to achieve occlusion, then followed by IMF for one week and followed up with guiding elastics if necessary.

Associated maxillary or mandibular fractures were reduced either by closed or open reduction methods and occlusion achieved with or without elastic traction and IMF given. The IMF was released every week and mouth opening was done for a few minutes and IMF reapplied. This was carried out for a period of five to six weeks and followed by guiding elastics if deviation on opening was found. In all these cases if post treatment mouth opening deviation was present the patients were taught to give pressure on the side of the mandible to which it is deviating for a few hours per day.

All patients were recalled after treatment at intervals of one week, two weeks and one month and the parameters like mouth opening, deviation on opening, maximum opening, protrusion, lateral excursions, chewing efficacy (nature of diet), pain, presence of open bite, occlusal discrepancy and joint sounds were assessed.

A total number of 430 patients with fractures of mandible were evaluated. Out of this 107 had sub condylar fractures (Figure 1) Males accounted for 85 and females 22. Maximum cases occurred in the age group of 30-40 years (Figure 2).

Signs and symptoms which were helpful in diagnosing fractures are shown in Figure 4. Among 23 cases restriction in mouth opening was seen in all patients. Tenderness over the affected joint in 91.3% of cases. Bleeding from the ear in 17.39%. Open bite in 82.6%. Occlusal discrepancy in 86.95%. Deviation in opening occurred in 56.5%.

Post operatively no incidence of ankyloses. Maximum mouth opening of 40 mm achieved in 43.47% 30 mm or more in 47.82%. Two cases reported clicking sound in the opposite TMJ and one on the same side. However clicking did not prevent movement or caused pain. Pain was present in 26.08% of cases, but not amounting to hinder normal activities of joint. Lateral excursion was regained in 82.6%. Satisfactory occlusion was obtained in all the cases. 21% complained of minor interferences of occlusion on the same side of fracture. Children and teenagers attained perfect occlusion after 2 to 3 months and retained it. They even regained bilateral excursive and protrusive movements. Chewing efficacy was good in 56.53% and moderate in 43.47%. All the associated fractures healed without any issues in spite of frequent mobilization.

This study of sub condylar fractures is based on complete evaluation and follow up for 2 years, which is useful for comparative studies based on reports from elsewhere.

In the present study out of 430 patients 107 had sub condylar fractures. This is comparable with the results of the review conducted by Kromer [4]. Majority of fractures occurred in the age group of 30-40 years Carson and Robert [5] reported an average age incidence of 28 years. Carson has reported male to female ration approximately 3:1, which is corroborated by the ratio 4:1 obtained in this study.

Bleeding from the ear was present in 17.3% of fractures. This was due to the laceration of the anterior wall of external auditory meatus produced by the impact of the condyle head against skin in this region.

In bilateral sub condylar fractures where there was an associated fracture of the body, there was no deviation, probably because of the loss of lateral pterygoid muscle activity and because of the muscle spasm which tries to eliminate or minimize movement between fracture ends. All the patients had restriction in mouth opening may be due to pain at the fracture site, reflex muscle spasm, oedema, laceration or mechanical obstruction

The commonest clinical finding in sub condylar fracture in this study were tenderness over the affected joint 91.3%, open bite 82.6% and occlusal discrepancy 86.95%.

In the present study all the cases were treated non-surgical as the displacement of condylar process was not in such a magnitude and direction that was impossible to restore normal occlusion which is in accordance with the study of Lyons CJ [9]. Experiences of various authors like Carson [6], Mac Lennan [10] Gerry [11] etc. have shown that good results can be obtained by conservative management and functional therapy. Secondly surgical treatment in the TMJ region may result in complications resulting in facial nerve as well as other problems. Thirdly open reduction leaves a scar on the face. These all are supported by the results of Chalmer J [9]. Conservative management is preferable in economic point of view and also hospitalisation can be avoided.

Management has long been a matter of controversy. Only a critical unbiased appraisal of on a large series can only indicate any advantage of treatment option over the other. In all studies time plays an important role. The results in this study support Mc Lennan’s [10] statement that there is every justification in treating the vast majority of mandibular condylar fractures by conservative means. Even though many authors had advised surgical reduction in grossly displaced fracture dislocations, elastic traction with posterior bite blocks either unilateral or bilateral as the case requires, and continued guiding elastics were adequate in all cases of fracture dislocation.

We did not assess the growth disturbance caused by the fracture in children because of the short period of study and since we did not have any children in the age group between 1 and 5 years.

After achieving occlusion we gave IMF for a period of one week following Rowe and Killey [8] but against the advice of Dingman and Natvig [12] or Kazangian and Converse [13]. We gave much importance to the functional treatment to eliminate ankyloses, is against the principle of Glineberg [14]. Our aim was to recover the lost function and not precise anatomic reduction. This allowed us to do intermittent exercise even in cases where an associated body fracture was also present. Subjective symptoms in the form of pain occurred in 26.8% of the cases which is comparable with the observation of Niezen ET [15].

If conservative treatment can deliver satisfactory results with minimum complications there is no justification for surgical exploration and reduction in the TMJ area which has too many hazards. None of the patients developed rare complications such as Frey’s syndrome [16], mandibular nerve anaesthesia [17], cervical spine injury [18], facial palsy, causalgia of buccal nerve (Egyedi) [19] etc.

All the patients were treated conservatively with or without elastic traction depending on the degree of discrepancy and open bite followed by rigid inter maxillary fixation for a minimum period of seven days followed by functional therapy.

A significant finding in this study was that in children and teen ages the returns to normal functional movements were outstanding. This study also highlights that the simplest method of treatment which will produce good results is the treatment of choice.

Our study has many limitations since the sample size and period of study is relatively short.

However from this study we can empathetically state that conservative management of mandibular sub condylar fracture gives good results if managed judiciously.

Copyright: ©2018 Ajithkumar K, et al. This is an open-access article distributed under the terms of the Creative Commons Attribution License, which permits unrestricted use, distribution, and reproduction in any medium, provided the original author and source are credited.