The paper is about a micro scale electrical discharge a phenomenon that is happens in ionized clouds at 3000-4500 meters in Iranian Mountains. We named this phenomena “Micro Thunder” in this paper. To identify the ionized clouds which have enough electricity to cause this condition, we developed an ozone sensor circuit and put it in a test field near a spring that is famous for this danger and has claimed victims before. An increasing amount of ozone warns climbers the micro thunder is going to happen.

What Is Micro Thunder?

Micro thunder is an electrical discharge between cloud molecules in a micro scale. At the time, the thunder cloud hasn’t enough power to make thunder, but it has enough power to harm a human body. It has some signs when it is going to happen such as thunder.

The phenomenon of ionized clouds (Figures 1 and 2) is a glowing in wet and stormy weather around sharp rocks. This is associated with electrical charges to vent. In accordance with the principle of physics, electrical charges accumulate on tops of objects. The molecules and ions in the air around these objects can be deadly. An electrical charge causes an electric discharge associated with light and glare. Electrocution is possible in this situation. Two hikers on April 27, 2007, in the North Tehran Mountains next to springs experienced the effect of this phenomenon. As evidence shows and witnesses describe, a horrible black cloud suddenly appeared in the clear sky at a low level above the mountain they were climbing. The cloud shape was a full curve and the climbers saw an electrical discharge between the curves. It settled down above the spring where the two climbers were relaxing. After 15 minutes, the cloud disappeared and the climbers were dead. Electrocution killed hundreds of birds on August 23, 2013 in Sirjan, in the southeast of Iran. The cause of the phenomenon was a black cloud in the shape of a curve that passed over the top of trees and all of the sudden hundreds of birds were killed [1]. 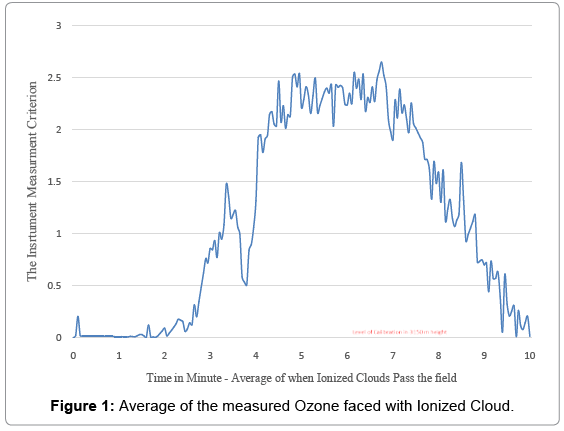 Figure 1: Average of the measured Ozone faced with Ionized Cloud. What is the Appearance of an Ionized Cloud and Micro Thunder?

A black cloud(s) suddenly arises. Sudden humidity is in the air. It has a full shape of curve. It has a meandering shape and its appearance is terrifying. When you breathe the air you get dizzy, have a loss of balance, and get fatigued and you get sleepy (Author had this experience myself in April of 2007 at the Parsoon Top in northeast Tehran). Also it is many electrical discharges that occur within it. Blue or purple sparkles are seen in it. The spark length is less than 50 meters. There is an intense buzzing sound. This phenomenon may occur particularly at night and it is described sometimes to have a red ghost inside it. There are electrical discharges associated with this trauma.

The micro thunder has a special sign. You can mark the weather around yourself by moving your piolet. At this time, you can see brilliant electric light in the line of your moving piolet. It is similar to St. Elmo's fire. To emphasize my point, Author used the word “Micro thunder” in meteorology for the first time [1].

There are many places in Iran mountain zones that ionized clouds and micro thunder have been reported. We used the one nearest to Tehran to exam the phenomenon frequently.

The selected field was Chesmeh Narges (narcissi fountain) in the Farakhla zone, which is the southern skirt of Tochal at a mountaineer’s main route to the top. Two climbers were dead in this situation by an ionized cloud and micro thunder on April 27th, 2007 (Figures 3-6). The hardware is made of an MQ131 ozone sensor [2], a LCD, a Buzzer, two LEDs (green for safe and red for critical) and an AVR ATEMEGA 8 A processor. The program was written in C [3]. The circuit is calibrated for the field for stable weather conditions. Then it was tested by climbers in stormy weather at the site. The increase of ozone near two units shows the increase of ionized clouds and the increase of micro thunder probability. After the buzzer alarm, climbers changed the condition. The outcome of the experiment is demonstrated in the following diagrams. In the first graph, the average of the measured ozone faced with Ionized Cloud is displayed. This line chart illustrates that there is a severe fluctuation when the ionized cloud is blown over the field area. It shows a drastic growth when the ionized cloud is reaches the test field and a dramatic reduction after it passes. In the second chart the region around the field area (narcissi fountain) clearly illustrates that the increase of ozoneby the instrument (Figure 7). The metric system is used, as usual. This diagram confirms that there is not a symmetric danger zone around the case spring. More ozone was detected in the Southeast and less in the Northeast. In this case, mountain climbers should go to the northeast to find a safe and proper place to prevent beings hit by lightning. 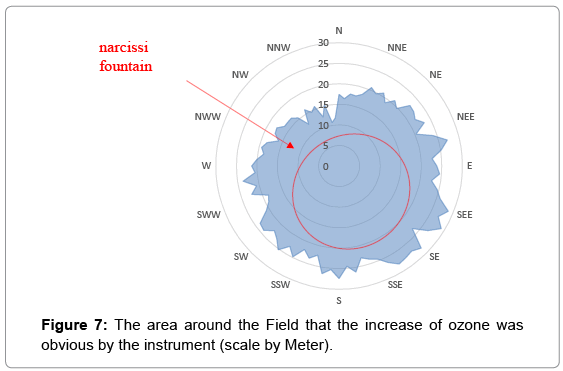 Figure 7: The area around the Field that the increase of ozone was obvious by the instrument (scale by Meter).

The most dangerous phenomena that happen for mountain climbers occur in micro and mezzo scales. One of them is an ionized cloud and micro thunder that makes a harmful situation for the critical parts of body. We made a portable ozone sensor circuit that alarms climbers on time (Figure 8). They change their position and become safe. 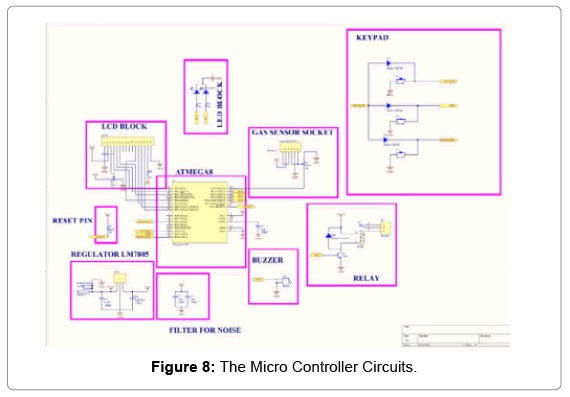 As a matter of fact, in this situation, Author used the word “Micro thunder” in meteorology for the first time. Author invite any meteorologist to survey and research about the phenomena.

Copyright: © 2015 Sepehri J, et al. This is an open-access article distributed under the terms of the Creative Commons Attribution License, which permits unrestricted use, distribution, and reproduction in any medium, provided the original author and source are credited.