Mitral Valve Repair in a Patient with Hereditary Haemorrhagic Telangiectasia

A 65-year-old gentleman with Hereditary Haemorrhagic Telangiectasia (HHT) was referred for urgent mitral valve surgery because of septicaemia and congestive cardiac failure. After treating with antibiotics for three weeks, he underwent mitral valve repair by resection of prolapsed leaflet and neochordae implantation. Because of the presence of pharyngeal telangiectasia, intraoperative imaging of the repaired valve was achieved using epicardial echocardiography. This is the first reported experience, to the best of our knowledge, of a mitral valve repair in a patient with Hereditary Haemorrhagic Telangiectasia (HHT).

Hereditary hemorrhagic telangiectasia (HHT), also known as Osler–Weber–Rendu syndrome and Osler disease , is an autosomal dominant genetic disorder that leads to abnormal blood vessel formation in the skin, mucous membranes, and affects vital organs such as the lungs, liver, and brain. The disease carries the names of Sir William Osler, Henri Jules Louis Marie Rendu, and Frederick Parkes Weber, who described this condition in the late 19th and early 20th centuries [1,2].

This may lead to epistaxis, hemoptysis, intracranial bleeding and gastrointestinal tract bleeding. Treatment focuses on controlling bleeding and other targeted interventions such as surgery, laser therapy and endovascular interventions to remove arteriovenous malformations in organs. In cardiac surgery, the number of reported cases with Osler’s disease remains small. We reported this complicated case of HHT with mitral valve regurgitation that was successfully treated by mitral valve repair.

A 65 year old man was diagnosed with severe mitral regurgitation when he attended his General Practitioner with exercise related dyspnoea. Echocardiography confirmed the presence of leaflet prolapse. When aged 63, he was diagnosed with HHT after experiencing several episodes of epistaxis. Other current medical history included polymyositis rheumatica and asthma. His medication included tranexamic acid 100 mg three times a day, prednisolone 15 mg once daily, thalidomide 50mg once daily, salbutamol inhaler four times a day and Calcium and Iron supplement.

An initial transoesophageal echo was abandoned because of excessive bleeding. Subsequent transoesophageal echocardiography was successfully carried out. He was accepted for elective mitral valve surgery. Whilst waiting to come into hospital for surgery, he suffered multiple episodes of epistaxis. These were treated with packing and the lesions in the nose treated with laser. He was also started on thalidomide treatment. Soon after a 5th episode of bleeding and packing, he was admitted to hospital with septicaemia and suspected endocarditis. His white cell count was 25.5 × 109/L and C-Reactive protein 70.1 mg/L. He had positive blood culture and Group G streptococcus was isolated in both aerobic and anaerobic bottles. He was started on intravenous Benzylpenicllin and referred for urgent surgical assessment. In two weeks’ time, inflammatory maker came down to normal level.

After 7 weeks on antibiotics, he underwent urgent mitral valve surgery. In order to prevent a new epistaxis associated with systemic heparinisation required for surgery, his nasal cavities were prophylactically packed. As he had previously experienced significant bleeding during TOE examination, and pharyngeal telangiectasia were clearly visible, it was decided not to pass a TOE probe during the intraoperative period.

On cardiopulmonary bypass, the heart was arrested and the mitral valve was exposed through an oblique left atriotomy. There was no evidence of recent infection in the valve. The prolapsed part of the posterior leaflet was resected, new chordae attached to the anterior leaflet and an annuloplasty ring implanted. The valve was competent on water testing. When the heart was re-perfused and weaned from cardiopulmonary bypass, an echocardiogram using an epicardial probe was performed after filling the pericardial cavity with warm saline. This confirmed that the repaired mitral valve was competent (Figures 1 and 2). In the postoperative period, the patient was beta blocked in order to maintain sinus rhythm and he was started on 75 mg of Aspirin. He was discharged 10 days after surgery. In 6 weeks follow up clinic, patient recovered well from surgery and transthoracic echocardiography showed trivial mitral regurgitation. There are many published papers [3,4] that confirm the presence of HHT is not a contraindication to open heart surgery. This includes open heart valve surgery requiring preoperative transoesophageal echocardiography [5]. In this case presentation we describe how the risk associated with HHT can be mitigated to allow safe heart valve surgery to take place – namely the prophylactic nasal packing (although the repeated preoperative packing was a possible trigger for endocarditis) and the use of epicardial echocardiography. We were able to acquire images of sufficient quality to assess the valve repair.

We report a successful mitral valve repair in a patient with HHT and ongoing epistaxis. The use of perioperative epicardial echocardiography for these patients is effective and safe, and should be recommended.

Copyright: © 2016 Barua A, et al. This is an open-access article distributed under the terms of the Creative Commons Attribution License, which permits unrestricted use, distribution, and reproduction in any medium, provided the original author and source are credited. 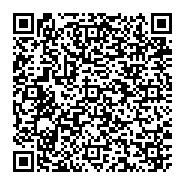