Molecular World of the Plants and Agriculture

As the population is rising, the demand of food supply has also increased significantly. However agriculture and agricultural productions have to face many different challenges. Expected amount and qualified food production needs the solutions for these. In this context, molecular science presents the most efficient, cost-effective tools and environmentally friendly strategy for improvements of the agriculture and controlling the food production.

Plants are amazing transformers which produce biomolecules of life and energy only from sunlight, water and CO2. Humans completely depend on the plants because of foods and also their many different type requirements including medicines, clothes, accommodation staff, papers, industrial raw materials and many tools. Agricultural revolution began approximately 12000 years ago and it is considered a milestone of the human settlement due to rescue the people from temporarily and continuously hunger by breeding of the plants and domestication of the animals. In the other words, it is basis of the present human civilization.

Since then, nonstop efforts for improvement of the agricultural production have been going on. Particularly in last century, loss of the productive farmland caused by human activities makes agricultural scientists became compulsory to find new ways for providing much yield per unit area. In the 1980s and early 2000s, great development of molecular genetics, elucidation of many molecular mechanisms and produced huge data accelerate these efforts. At the present time, molecular breeding substantially replace conventional breeding based on the observations and it produce satisfying results and bring up effective methods with fast and more targeted and less effort requirements.

Recombinant DNA technology which enabled researchers to transform desired traits from any organism to another one is one of these methods. In the 1970s the developed technology gave first products in 1983, Flavr savr tomato to be granted a license for human consumption by FDA in 1994. At the present time, genetically modified crops have been developed for several species including apples, barley, and potatoes. 2014–15 about 90 percent of the corn, cotton, and soybeans planted in the United States were GM. By the end of 2016, up to 18 million farmers in 26 countries worldwide planted GM crops over 180 million hectares [1]. The GMOs as a proof of the possibility of unlimited genetic modification options between species and risks of the fast and uncontrollable interspecies evolution are met with interest and fear by people. On the other side, fast developments of the molecular area put forward promising solutions for sustainable and effective agricultural productions.

Construction of the genetic maps, detection and isolation of genes responsible for the agricultural traits are first and ongoing studies of the plant molecular science. Genetic maps are clarifying many genomic regions associated with many phenotypic characters. Therefore construction of high-density genetic maps and identification of quantitative trait loci (QTLs) are carried out for many species. These maps did not only identify quantitative trait loci (QTLs) but also detect many molecular markers closely link the genes which are very important tools for selection of individuals in each generation during breeding. They are also very useful for a number of agronomic applications such as analysis of genetic diversity, map-based cloning of genes, evolution etc. [2].

In breeding, molecular marker assisted selection (MAS) make possible to early stage and genome based selection and eliminate of the environmental effects during offspring selection. It brings acceleration and effectiveness to development of the new cultivars. They are particularly important some species with large and complex genome. They also enable to easily collection of the different genes in a genotype by pyramiding. Therefore developed countries construct some database including agronomic trait specific molecular marker collections and linkage maps such as MAS Wheat IAP MAWB and PGDB etc.

Another important molecular approach in agriculture is functional genomic studies. In these studies, many different revers genetic methods such as transcriptomics, proteomics, RNAi gene silencing are used for detection of genes function, elucidation of complex biological events and specifying related genes. There are many published and continued studies try to clarify molecular mechanism of cell structure, functions and signalling [3], growth and development [4], photoperiod and flowering [5], abiotic stress tolerance [6], grain yield and quality [7] disease resistance [8]. Produced data from these studies give innovative opportunities to solve the important agricultural problems.

Last decade, fast growing sequencing technology and advanced bioinformatics tools, dropped sequencing cost have become easily achievably whole genome sequencing without a reference genome. First examples of the plant genome projects were focused on the model organisms with small genome. Today many plant species including the enormous genome of bread wheat have been sequenced [9]. The whole genome sequencing produced high density genome-wide association maps (GWAS) that is a powerful tool for investigating the genetic architecture of the many agricultural traits and genetic variations [10]. Produced enormous data have been collected and freely published in many different databases such as graingenes, gramenegenes, brassica.info, NCBI etc. for user [11].

Last significant applications of the molecular world is new generation genome editing technique, CRISPR/Cas which allow efficient manipulation of genomes could solve complex problems including the creation of mutant and transgenic plants. Difference of CRISPR/Cas editing system from other methods is targeted editing of the genomes of living organisms. Hence power of the method comes from both side effects of investigations of the fundamental basis of biological systems and also improving productivity and quality of crops [12].

Agricultural productions have many different types of problems. Expected amount and qualified food production needs the solutions for these. In this context, molecular science presents the most efficient, cost-effective tools and environmentally friendly strategy for improvements of the agriculture.

Copyright: ©2017 Hasancebi S. This is an open-access article distributed under the terms of the Creative Commons Attribution License, which permits unrestricted use, distribution, and reproduction in any medium, provided the original author and source are credited. 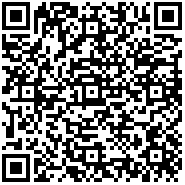