Journal Impact Factor 23.00*
Submit manuscript at https://www.scholarscentral.org/submissions/air-water-borne-diseases.html or send as an e-mail attachment to the Editorial Office at [email protected]

We take the pleasure to dessiminate that The Indian Association of Veterinary Public Health Specialists (IAVPHS) has started an award on the name of "Prof. Mahendra Pal" one of the eminent editors in the journal, for his significant contribution to VPH. The award is for scientists who do excellent research work in VPH.

An airborne disease is caused by droplets of pathogens which are expelled into the air by coughing, sneezing or talking. The relevant pathogens may be viruses, bacteria, or fungi. Many common infections can spread by airborne transmission are tuberculosis, influenza, small pox. Waterborne diseases are caused by pathogenic microorganisms and most commonly transmitted through contaminated fresh water. Infections can be spread by bathing, washing, drinking, in the preparation of food, or the consumption of food thus infected.

Air pollution is caused by release of particulates, biological molecules or harmful gases into atmosphere, which causes death to humans and damage to living organisms like food crops. Water pollution occurs by the contamination of water bodies like lakes, rivers, oceans. Therefore environment degradation occurs which causes the pollutants to discharge directly or indirectly into water bodies.

Sanitary engineering is the application of engineering methods to improve sanitation of human communities, primarily by providing the removal and disposal of human waste, and in addition to the supply of safe potable water. It includes traffic management, concerns about noise pollution or light pollution, aesthetic concerns such as landscaping, and environmental conversation as it pertains to plants and animals. This field usually employed for the primary goal of disease prevention within human beings by assuring a supply of healthy drinking water, treatment of waste water, removing garbage from inhabited areas.

Vectors are living organisms that can transmit infectious diseases between humans or from animals to humans. Many of these vectors are bloodsucking insects, which ingest disease-producing microorganisms during a blood meal from an infected host (human or animal) and later inject it into a new host during their subsequent blood meal. Vector-borne diseases are infections transmitted by the bite of infected arthropod species, such as mosquitoes, ticks, triatomine bugs, sandflies, and blackflies. Globalization of travel and trade, unplanned urbanization and environmental challenges such as climate change are having a significant impact on disease transmission like dengue, chikungunya and West Nile virus. Changes in agricultural practices due to variation in temperature and rainfall also affect the transmission of vector-borne diseases.

Tuberculosis infectious disease caused by various strains of mycobacteria, usually Mycobacterium tuberculosis. It typically attacks the lungs, but can also affect other parts of the body. It is spread through the air when people who have an active TB infection cough, sneeze, or otherwise transmit respiratory fluids through the air.

Amoebiasis, or amebiasis, refers to infection caused by the amoeba Entamoeba histolytica. Symptoms can range from mild diarrhea to dysentery with blood and mucus in the stool. E. histolytica is usually a commensal organism. Severe amoebiasis infections (known as invasive or fulminant amoebiasis) occur in two major forms. Invasion of the intestinal lining causes amoebic dysentery or amoebic colitis. If the parasite reaches the bloodstream it can spread through the body, most frequently ending up in the liver where it causes amoebic liver abscesses. Liver abscesses can occur without previous development of amoebic dysentery. When no symptoms are present, the infected individual is still a carrier, able to spread the parasite to others through poor hygienic practices. While symptoms at onset can be similar to bacillary dysentery, amoebiasis is not bacteriological in origin and treatments differ, although both infections can be prevented by good sanitary practices.

Zoonosis are infectious diseases of animals (usually vertebrates), that can naturally be transmitted to humans. Major modern diseases such as Ebola virus disease and influenza are zoonoses. Zoonoses can be caused by a range of disease pathogens such as viruses, bacteria, fungi and parasites. Zoonoses have different modes of transmission. In direct zoonosis the disease is directly transmitted from animals to humans through media such as air (influenza) or through bites and saliva (Rabies).In contrast, transmission can also occur via an intermediate species (referred to as a vector), which carry the disease pathogen without getting infected. When humans infect other animals; it is called reverse zoonosis or anthroponosis.

Botulism is a rare and potentially fatal illness caused by a toxin produced by the bacteria Clostridium botulinum. The disease begins with weakness, trouble seeing, feeling tired, and trouble speaking. This may then be followed by weakness of the arms, chest muscles, and legs. The disease does not usually affect consciousness or cause a fever. Botulism can occur in a few different ways. The bacterial spores that cause it are common in both soil and water. They produce botulinum toxin when exposed to low oxygen levels and certain temperatures. Foodborne botulism happens when food containing the toxin is eaten. Infant botulism happens when the bacteria develops in the intestines and releases toxin. Typically this only happens in children less than six months of age as after that protective mechanisms develop. Wound botulism is found most often among those who inject street drugs. In this situation spores enter a wound and, in the absence of oxygen, release toxin. It is not passed directly between people.

Cholera is an infection of the intestines by the bacterium Vibrio cholerae. Symptoms may range from none, to mild, to severe. The classic symptom is large amounts of watery diarrhea that lasts a few days. Vomiting and muscle cramps may also occur. Diarrhea can be so severe that it leads within hours to severe dehydration and electrolyte imbalance. This may result in sunken eyes, cold skin, decreased skin elasticity, and wrinkling of the hands and feet. The dehydration may result in the skin turning bluish. Symptoms start two hours to five days after exposure. Cholera is caused by a number of types of Vibrio cholerae, with some types producing more severe disease than others. It is spread mostly by water and food that has been contaminated with human feces containing the bacteria. Insufficiently cooked seafood is a common source. Humans are the only animal affected. Risk factors for the disease include poor sanitation, not enough clean drinking water, and poverty. There are concerns that rising sea levels will increase rates of disease. This disease is diagnosed by the discovery of these bacteria in the stool of the test subject. A rapid test is available but is not as accurate.

Diarrhoea, is the condition of having at least three loose or liquid bowel movements each day. It often lasts for a few days and can result in dehydration due to fluid loss. Signs of dehydration often begin with loss of the normal stretchiness of the skin and changes in personality. This can progress to decreased urination, loss of skin colour, a fast heart rate, and a decrease in responsiveness as it becomes more severe. The most common cause is an infection of the intestines due to a virus, bacteria, or parasite; a condition known as gastroenteritis. These infections are often acquired from food or water that has been contaminated by stool, or directly from another person who is infected. It may be divided into three types: short duration watery diarrhoea, short duration bloody diarrhoea, and if it lasts for more than two weeks, persistent diarrhoea. The short duration watery diarrhoea may be due to an infection by cholera. If blood is present it is also known as dysentery. A number of non-infectious causes may also result in diarrhoea, including hyperthyroidism, lactose intolerance, inflammatory bowel disease, a number of medications, and irritable bowel syndrome.

Taeniasis is a parasitic disease due to infection with tapeworms belonging to the genus Taenia. The two most important human pathogens in the genus are Taenia solium (the pork tapeworm) and Taenia saginata (the beef tapeworm). The third species Taenia asiatica is found only in East Asia. Taeniasis is generally asymptomatic, but severe infection causes weight loss, dizziness, abdominal pain, diarrhea, headaches, nausea, constipation, chronic indigestion, and loss of appetite.A type of taeniasis called cysticercosis is caused by accidental infection with the eggs of T. solium from contaminated food and water. It is known as the most pathogenic form caused by tapeworms. A specific form of cysticercosis called neurocysticercosis is said to be the most common infection of the central nervous system.

World Environment Day (WED) is the United Nations’ principal vehicle for encouraging worldwide awareness and action for the environment. Over the years it has grown to be a broad, global platform for public outreach that is widely celebrated by stakeholders in more than 100 countries. It also serves as the ‘people’s day’ for doing something positive for the environment, galvanizing individual actions into a collective power that generates an exponential positive impact on the planet. It is the opportunity for everyone to realize the responsibility to care for the Earth and to become agents of change. 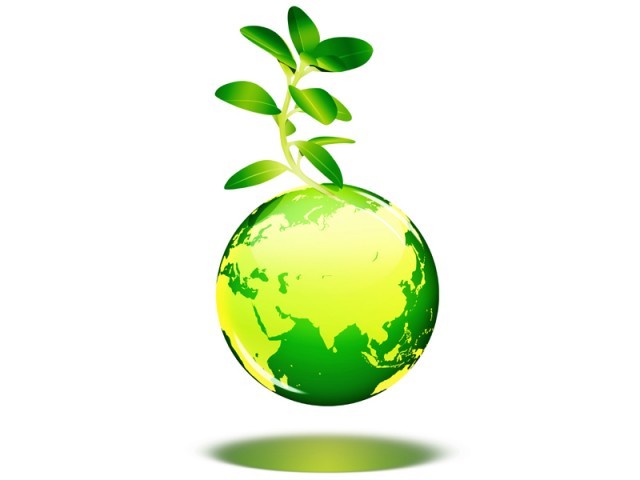 Air & Water Borne Diseases is participating in the Fast Editorial Execution and Review Process (FEE-Review Process) with an additional prepayment of $99 apart from the regular article processing fee. Fast Editorial Execution and Review Process is a special service for the article that enables it to get a faster response in the pre-review stage from the handling editor as well as a review from the reviewer. An author can get a faster response of pre-review maximum in 3 days since submission, and a review process by the reviewer maximum in 5 days, followed by revision/publication in 2 days. If the article gets notified for revision by the handling editor, then it will take another 5 days for external review by the previous reviewer or alternative reviewer.

Acceptance of manuscripts is driven entirely by handling editorial team considerations and independent peer-review, ensuring the highest standards are maintained no matter the route to regular peer-reviewed publication or a fast editorial review process. The handling editor and the article contributor are responsible for adhering to scientific standards. The article FEE-Review process of $99 will not be refunded even if the article is rejected or withdrawn for publication.

The corresponding author or institution/organization is responsible for making the manuscript FEE-Review Process payment. The additional FEE-Review Process payment covers the fast review processing and quick editorial decisions, and regular article publication covers the preparation in various formats for online publication, securing full-text inclusion in a number of permanent archives like HTML, XML, and PDF, and feeding to different indexing agencies.