Current study was conducted to assess various survival strategies by morphological and physiological character expressions by the weed, Poa annua, after applying different herbicidal treatments in five contrasting habitats. Morphological traits such as root and shoot length, leaf area, leaf count, dry and fresh leaves, fresh and dry weight were observed and analyzed against different treatments of herbicides. Mineral analysis and measurement of photosynthetic pigments were included in the physiological parameters. Poa annua proved to be an opportunistic plant showing resistance against treatments of Novex, Bromoxynil, Trump and Sulfosulfuron.

Mean root length, mean shoot length were rather promoted after application of Trump and Bromoxynil indicating negative effects of these herbicides. Mean dry leaves, however, increased after every application indicating positive effect on weed plants. Over all, chlorophyll a, b and carotenoids also increased after application. Mineral uptake was favored for few minerals and disfavored for others depicting changes in plant physiology after spraying of herbicides. Current study, based on results, concludes that herbicidal treatment on species did not significantly alter the growth of weed which indicated resistance in plants. So, for management of weed, chemical control proved to be insignificant. Altered strategy of different field doses or using a combination of herbicides is suggested to control weed populations in agricultural fields.

Weeds as biological invaders prove to be the most crucial threat for the conservation of nature [1]. They are highly opportunistic plant species which adapt and survive through different ecological challenges and conditions [2]. They have devastating effects on the crop plants. Crop-weed competition is generally complicated as weeds tend to compete with the crops by occupying space, which would otherwise be available to the crop plant [3]. Weed growth in agricultural fields result in low yield of crops affecting production. Approximately, 45 weed species in wheat fields have been identified and reported throughout the country [4]. Poa annua L. is regarded as the densely populated and frequently occurring weed of wheat crop in Pakistan [5]. Poa annua , an obnoxious weed, is internationally important as an invasive species with wide distributional range.

Poa annua affects wheat plants badly causing decrease in root and shoot length. Yield losses upto 76% have been recorded in wheat plants at Lahore, Punjab, Pakistan [6]. Poa annua grows vigorously occupying space and claiming nutrients. Wheat and Poa annua belong to the same family (Poaceae) and have same nutrient requirements. Weeds belonging to family Brassicaceae cause adverse effects on the growth of crops due to struggle for minerals, light and water [7,8]. The perennial meadow bluegrass i.e. Poa annua L. is represented as the only foreign flowering plant species propagating its population in the Antarctic [9]. Tussocks or dense clumps are the specialized adaptive features of Poa annua inhabiting the Antarctic [10].

Morphological changes in any of the species are strong evidence of its survival with changing habitats and environmental conditions [11]. Genetic makeup shows morphological variation in species and its relation with the environment. Hence, phenotypic variability is related to habitat conditions [12,13]. Plants are found in wide range of habitats due to their property of altering morphological expression [14].

Herbicidal toxicity to weeds is attained by changing growth habits, inducing physiological and/or physical changes such as setting their emergence time and altering pattern of germination. However, inherited characters in plants tend help them tolerate different herbicidal treatments. One appropriate adaptation includes weed similarity to crops in all or most growth facets [15].

Current study was based on studying Poa annua growing in same agricultural fields as wheat and identifying its physiological and morphological characters helping in adapting to fluctuations in environment. Different survival approaches of weed were put under examination to understand its biology which would ultimately be helpful in controlling its unchecked growth. Another aspect of this study was to check effectiveness of different commercially available herbicides against weed. Understanding the biology of Poa annua will help in devising control strategies against unwanted weeds causing economic loss to farmers.

Different herbicides i.e. Sulfosulfuron, Novex, Trump and Bromoxynil were used to combat its attack on the cereal crops. Preemergent spray of herbicides was applied on the selected fields which were divided into 5 equal halves of 1 m2 each. One half was kept as control. Survived and tolerant weedy plants against the application of pesticides were collected after 15 days of application.

For the morphological and physiological study, fresh plants were uprooted and collected in paper bags. Some plants were preserved in 70% ethyl alcohol for the anatomical study.

Morphological parameters including root and shoot length, dry and fresh leaves, fresh and dry weight and leaf area were studied and analyzed using the statistical analysis. Photosynthetic pigments i.e. Chlorophyll a and b along with carotenoids were measured by Atomic Absorption Spectrophotometer (AAS).

The photosynthetic pigments of Poa annua i.e. Chlorophyll a, b, and carotenoids were measured with the Arnon’s method [16]. 0.2 g weight of fresh leaves was taken and left overnight by using 80 percent acetone at 0°C-4°C. Extract was centrifuged for five minutes at 10,0000 xg. Readings were taken at 645, 663 nm and absorbance was noted at 480 nm by the use of spectrophotometer (Hitachi-220, Japan). Following formulae were used for calculation of carotenoids, chl a and b.

The volume of extract was raised up to 20 mL. The extract was then filtered and used for the analysis of ionic content (Na, K, Ca, Mg, Fe, Zn, Pb, Ni, Cu and Cr). Flame photometer was used for the determination of concentration of minerals (K+, Mg2+, Ca2+, Na+) by using their relevant filters (Genwiey PFP7).

Standard solutions of these minerals and related cathode lamps were used for determination of mirco-minerals such as copper, magnesium, iron, zinc, lead and chromium via Atomic Absorption Spectrophotometer (AAS). Following formula was used to determine the uptake of minerals

Plant morphology has an elementary role in identification of plant while anatomical parameters are important in interpreting phyletic relations and delineating systematics. In this study four different types of herbicides i.e. Sulfosulfuron, Novex, Trump and Bromoxynil were sprayed respectively on four treatments i.e. T1, T2, T3 and T4. T0 was kept as control. These herbicides have different mode of actions; it was thus to be determined that how did they affect plants morphologically, physiologically and anatomically.

Sulfosulfuron and Novex belong to the same family of herbicides. Their mechanism of action involves ALS/AHAS (acetolactate synthase/ acetohydroxyacid synthase) inhibition. The acetolactate synthase (ALS) enzyme (also known as, or AHAS) is the first step in the synthesis of the branched-chain amino acids (valine, leucine, and isoleucine). These herbicides induce starvation of amino acids in affected plants which ultimately results in the inhibition of DNA synthesis [18]. They affect grasses and dicots in a similar way.

The ALS biological pathway exists only in plants and not animals, thus making the ALS-inhibitors among the safest herbicides. These herbicides work by interfering with the one or more key enzyme that catalyzes the production of specific amino acid in the plant. Sulfosulfuron (T1) significantly altered Poa annua plant morphology i.e. it decreased root length, number of leaves, fresh leaves, leaf area, fresh weight and dry weight of plant; consequently, dry leaves increased in number as shown in Figures 1-8. 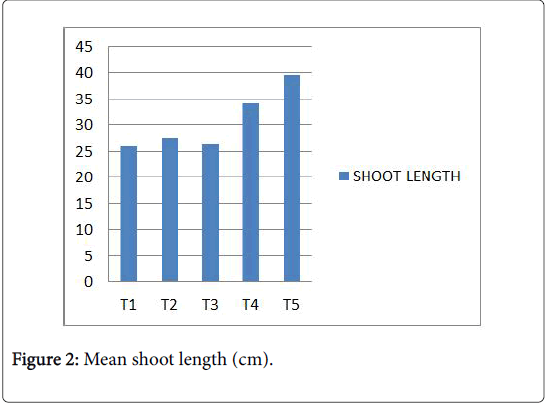 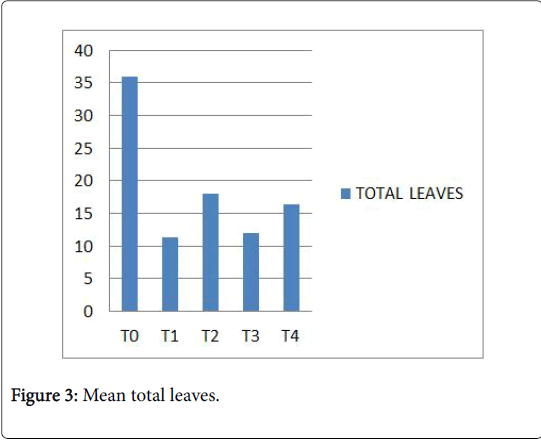 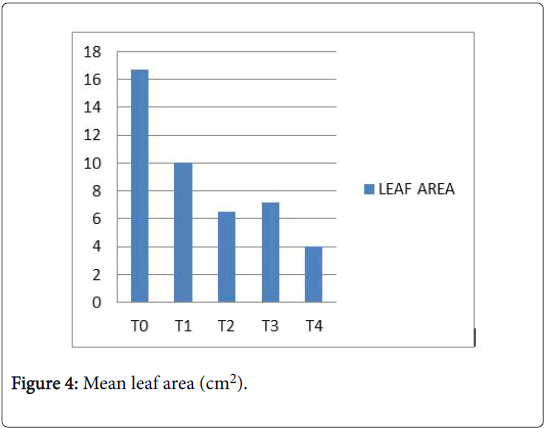 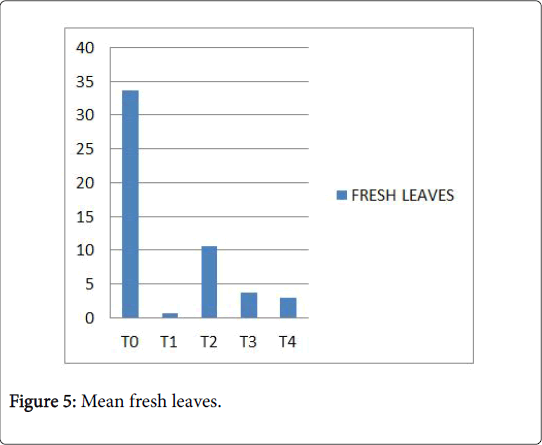 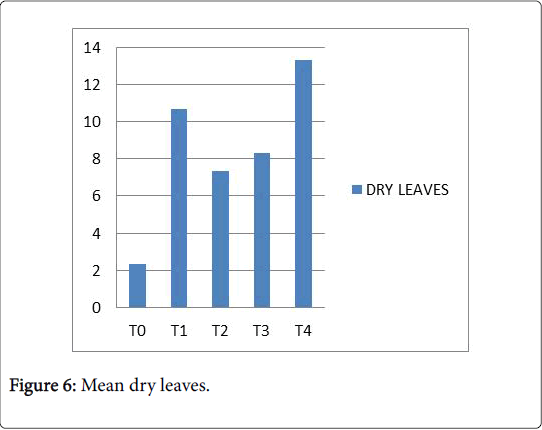 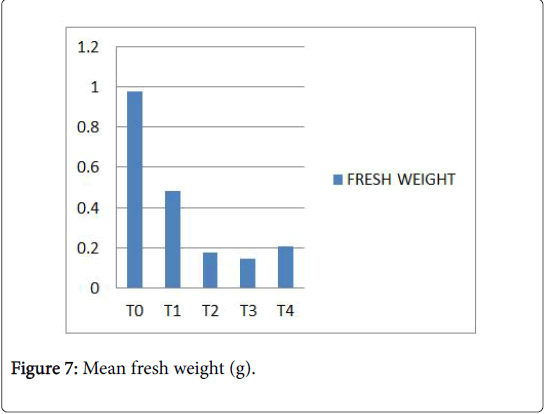 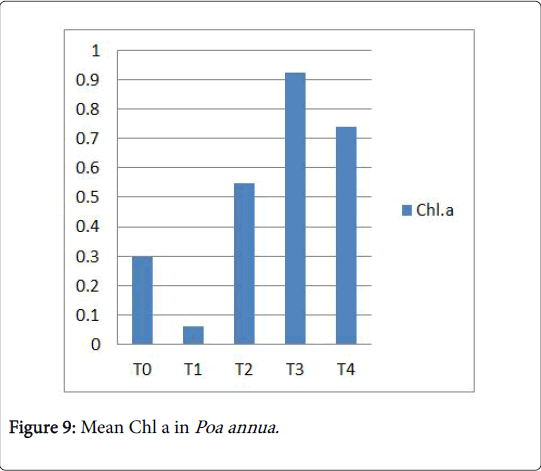 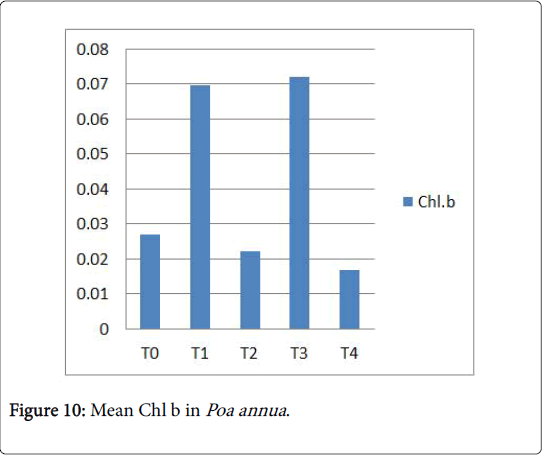 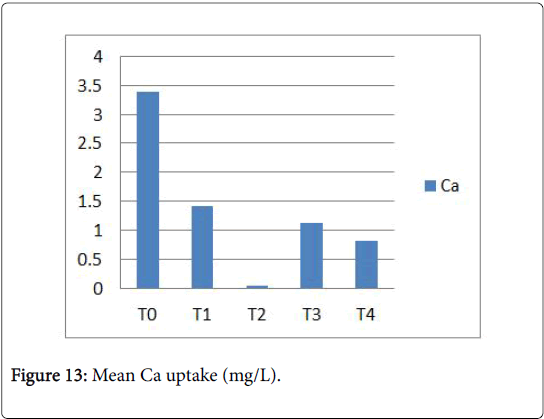 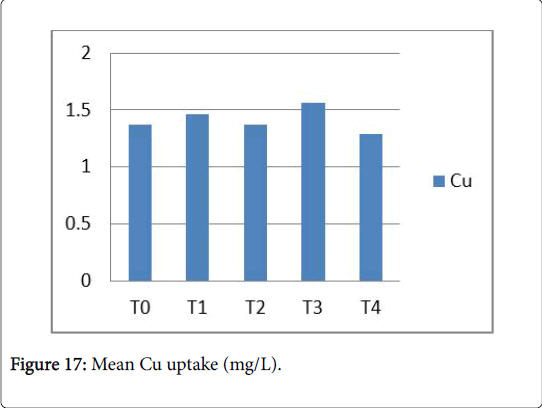 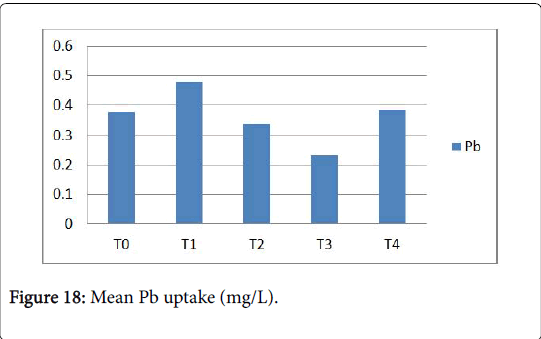 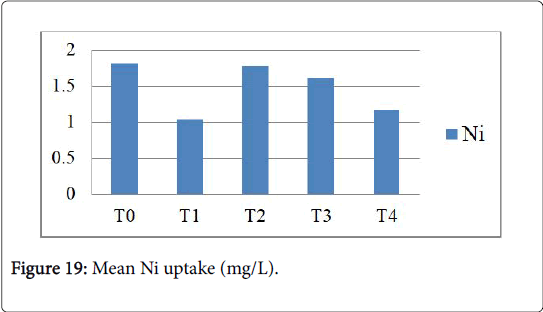 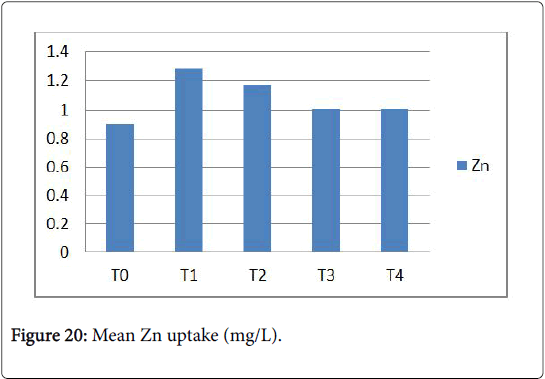 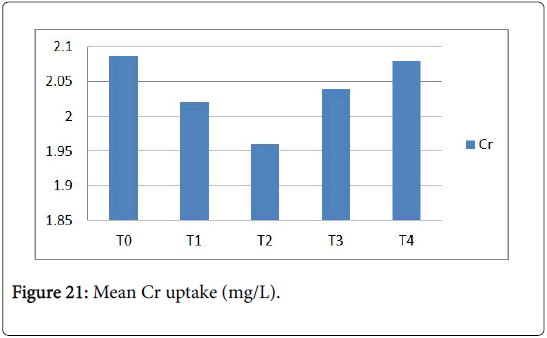 Trump (T3) is known as a common systemic herbicide used to control broadleaf weeds. It is a synthetic auxin (plant hormone) and used widely throughout the world. Auxin herbicides stimulate a variety of growth and developmental processes when present at low concentrations at the cellular sites of action. However, with increasing concentration they play phytotoxic effect. A classic response to auxin or auxinic herbicides is cell elongation. Within 10 to 15 minutes of exposure to auxin, cell elongation is induced because of acid-induced cell wall loosening. Trump did not have considerable limiting effects on Poa annua as the plants increased uniformly in root length and dry weight of leaves, before and after its application (Figures 1-8). It was reported that the rate of growth is highly increased after the application of weedicides but later on plants do not overcome this rapid increase in growth due to which the normal functioning of plant disrupts and finally dry weight of plant increases [19]. T4 application also induced increase in carotenoids, chlorophyll and mineral uptake.

Herbicide Bromoxynil (T4) was also applied as a treatment. It belongs to family nitrile and is inhibitor of Photosystem II (PSII). Photosystem II is a part of photosynthetic electron transport complex which is located in chloroplast thylakoid membrane. Since the herbicide molecules are non-reducible, they will not receive electron, as a result chlorophyll molecule will not be able to dissipate its excitation energy and forms high energy chlorophyll. This chlorophyll molecule reacts with oxygen resulting in the formation of singlet oxygen initiating lipid peroxidation. As a result, integrity of cell membrane is lost and cell contents ooze out. Thus herbicide brings about the fatal effect by rupturing cells [20]. Bromoxynil displayed different results for chlorophyll b and carotenoids which reduced after application while enhanced mineral uptake was seen for Ca, Mg, Fe and Zn (Figures 9-21). Poa annua has been reported to accumulate psbA mutation against photosystem II inhibitors [21]. Morphological and physiological responses of population changed distinctly with specific treatment of herbicides. Herbicides displayed various phenotypic, morphological and physiological expressions which rather promoted survival of species under study manifesting its tolerant nature.

Two-way ANOVA was applied on the morphological parameters checked against five treatments. It was observed that root length, leaf area, fresh leaves, dry leaves and fresh weight varied significantly from one field to other depicting differences in response to the treatments (Table 1). Likewise, while comparing response of photosynthetic pigments, it was seen that all pigments responded variably and significantly to the application of herbicides (Table 2). Mineral uptake was observed in connection with spraying of the herbicides. Differential uptake was seen among all minerals being statistically significant at different probability levels (Table 3).

Table 1: Analysis of variance of the data regarding morphological components of Poa annua

Table 2: Analysis of variance of the data regarding photosynthetic pigments content of Poa annua

Table 3: Analysis of variance of the data regarding minerals uptake of Poa annua.

Wheat crop yields were considerably affected but comprehensive data were not collected for extent of this effect. In a study carried out at Lahore, 76% loss was reported in wheat yield due to growth of weeds in fields dedicated for crop growth. Inqilab-41 (wheat variety) proved to be more susceptible to weeds than Punjab-96 (wheat variety) [6].

Current study checked effectiveness of herbicides on commonly grown weed, Poa annua , in wheat fields. Wheat is one of the major agricultural crops of Pakistan. Results showed that the herbicides affected only few aspects of plant morphology and physiology. It was observed that Poa annua had developed herbicide resistance against commonly used herbicides. Altered field doses or new herbicides are therefore suggested as remedial measure to put a check on weed growth and controlling its population. A combination of different herbicides [22] is also suggested as a means to control weed population in agricultural fields.

Principal authors thank all the co-authors who contributed much in finalizing this manuscript. Input from each author was valuable and contributed in completing this study.

Copyright: © 2018 Khan ZI, et al. This is an open-access article distributed under the terms of the Creative Commons Attribution License, which permits unrestricted use, distribution, and reproduction in any medium, provided the original author and source are credited.