Multiple Roles of IL-18 in Inflammation

Recently, Sandersa et al. published a paper entitled “Interleukin-18 has an Important Role in Differentiation and Maturation of Mucosal Mast Cells”, where the authors emphasized the role of the cytokine in allergic diseases. Through different models the authors prove the impact of IL-18 as contributor on tissue mast cell proliferation, maturation and mucosal mast cell development [1]. It is known that even IL-18 is not necessary for the actual maturation of connective-tissue mast cell; it is involved in the recruitment of mast cells to tissues. Moreover, IL-18 is necessary for the inflammatory response in tissues, especially in inflamed airways. Several studies have demonstrated a correlation between increased serum IgE and IL-18 levels, as well as with increased expression of FcεRI on mast cells, thus, IL-18 may correlate with mast cell function. Furthermore, the authors suggest that future pharmacologic therapy could target IL-18 for treating mast cell-mediated allergic diseases, such as rhinitis, dermatitis, and asthma, as well as eosinophilia gastrointestinal disorders [1].

Although IL-18 is a pro-inflammatory cytokine from the IL-1 cytokine family, it has been proposed to promote barrier function in the intestine. However, the effects of this epithelial-derived cytokine on intestinal T cells are not fully understood. IL-18 is involved in both Th1 and Th17 differentiation, as well as Treg development. Th1 cells are stimulated by IL-18 which triggers the production of IL-13 and IFN-γ. The former cytokine acts as a stimulator of B cell proliferation and immunoglobulin production, whereas the latter is involved in inflammatory immune responses. IL-18 causes also complex physiological reactions, including allergic responses, by acting on basophils and mast cells. Talking on Th17 differentiation, it is thought that IL-18R is involved in Th17 cell definition unlike IL-18 itself. Thus, through an IL-23-dependent mechanism antigen-presenting cells bearing IL-18R assist the generation of Th17 cells.

In contrast, it has been demonstrated that during steady state, intestinal epithelial cells constitutively secrete IL-18, which acts directly on IL-18R1-expressing CD4+ T cells to limit colonic Th17 cell differentiation. Moreover, the local expression of IL-18 has been shown to be associated with the grade of inflammation [2]. In addition, IL-18R1 signaling is critical for Treg-mediated control of intestinal inflammation, although IL-18R1 is not required for Treg development. Thus, since IL-18 may influence differentially regulatory and inflammatory subsets of T cells, this cytokine has potential for treatment of IBD and other chronic inflammatory disorders, as mentioned above. Furthermore, polymorphisms in the IL-18R1- IL-18RAP locus are associated with IBD susceptibility [2-4].

IL-18 is also found to be elevated in as chronic low-grade inflammatory processes such as obesity, metabolic syndrome and type 2 diabetes (T2D). Moreover, there is data for circulating levels of IL-18 correlated with a number of micro and macrovascular comorbidities of obesity and T2D. Zaharieva et al. showed a higher serum level of IL-18 in patients with T2D and LADA than in the control subjects. However, the concentrations of IL-18 were similar in both diabetic groups even after matching them for BMI and glycemic control. Thus, further analysis is needed to describe the role of IL-18 in insulin resistance-associated chronic low-grade inflammation and in the autoimmune response in LADA.

Recently, a multicentre, randomized, single-blind, placebo-controlled, parallel-group, phase IIa trial recruiting poorly controlled T2DM on metformin monotherapy, investigated the preliminary efficacy, safety and tolerability, pharmacokinetics, and pharmacodynamics of the anti-IL-18 monoclonal antibody, GSK1070806O. The results showed that the anti-IL-18 therapy was well tolerated, but did not lead to improvements in glucose control.

All this studies suggest the need for further investigation of IL-18 role in inflammation, as well as its role as a target for future therapies.

Copyright: © 2018 Velikova T. This is an open-access article distributed under the terms of the Creative Commons Attribution License, which permits unrestricted use, distribution, and reproduction in any medium, provided the original author and source are credited. 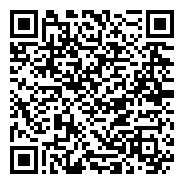