Neurodevelopmental Outcome in Neonates with Hypoglycaemia and Associated Risk Factors: A Follow up Study

2Department of Obstetrics and Gynecology, All India Institute of Medical Sciences, Jodhpur, India

Copyright: © 2017 Melana N, et al. This is an open-access article distributed under the terms of the Creative Commons Attribution License, which permits unrestricted use, distribution and reproduction in any medium, provided the original author and source are credited.

Introduction: Neonatal hypoglycemia is a common problem requiring medical attention in newborn and a leading cause of preventable brain damage, physical and mental handicap and early deaths among infants. Objective: To study the prevalence of neuro-developmental abnormalities and risk factors associated with poor outcome. Materials and methods: This was a prospective study on 39 neonates with hypoglycemia who were admitted to neonatal intensive care unit (NICU) from November 2015 to December 2016 and were fulfilling the inclusion criteria. Gestational age at birth, sex, birth weight, age of presentation, duration and severity of hypoglycaemia were noted in all neonates. Neuro-developmental assessment was done on follow up at 3 and 6 months by Denver developmental screening test 2 (DDST 2) method. Results: Out of 39 neonates, the prevalence of abnormal neurodevelopmental outcome according to DDST II method was 71.7% [n=28] at 3 months and 66.6% [n=26] at 6 months. Factors such as early onset, symptoms, longer duration of hypoglycemia, minimum blood glucose level, number of readings <25 mg/dl and maximum glucose infusion rate (GIR) were significantly associated with adverse outcome. Conclusion: Neonatal hypoglycemia is associated with long-term neurodevelopmental handicaps. Mental and psychomotor developmental indices of the children who suffered from hypoglycemia during new-born period are significantly low. Hence, early diagnosis and treatment of neonatal hypoglycemia is mandatory to prevent neurological sequelae.

Neonatal hypoglycemia is a common disorder that can cause severe neurological sequelae in neonates, with incidence rates reported to range from 0.13 to 0.44% in term, and from 1% to 5.5% in preterm neonates [1,2]. There is no universal definition for hypoglycemia [3]. Various investigators have empirically recommended different blood glucose levels (BGLs) that should be maintained in neonatal period to prevent injury to the developing brain [4,5]. There is no concrete evidence to show the causation of adverse long-term outcomes by a particular level or duration of hypoglycemia [6]. Hypoglycemia is defined as blood glucose level below 45 mg/dl in the neonatal period [1]. If hypoglycemia is prolonged or recurrent, it may result in acute systemic effects and neurological sequelae [2]. Neurological sequelae may present as cerebral palsy, mental retardation, refractory epilepsy, microcephaly, ataxia, loss of vision and learning disability [7,8]. The neurological symptoms of neonatal hypoglycemia are nonspecific and may present with irritability, tremor, jitteriness, seizures, hypotonia, exaggerated Moro reflex, acute encephalopathy and lethargy. Elevated glutamate impairs calcium homeostasis, leading to cytotoxicity and cell death.

The effect of pure hypoglycemia on the developing juvenile brain has been documented in animal models including primates [2]. These studies have found that cerebral injury occurs as a result of prolonged and severe hypoglycemia, rather than mild or short-term hypoglycemia. The parieto-occipital cortex, hippocampus, caudate and white matter were most sensitive to prolonged hypoglycemia.

While most hypoglycemic new-borns do not develop neurologic sequelae, a few will have some degree of neurological impairment. Neuroimaging, electroencephalographic, metabolic and histopathologic findings show that profound and recurrent episodes of hypoglycemia can cause brain damage in new-born infants [9].

We conducted this prospective study to evaluate the neurodevelopmental outcome in neonates with hypoglycaemia and to identify the risk factors associated with abnormal outcome.

This was a prospective observational study conducted at departments of Paediatrics and Gynaecology in Prince Bijay Singh Memorial Hospital, Sardar Patel Medical College, Bikaner. This was a follow up study conducted over 14 months (1 November 2015 to 31 December 2016) in which subjects were followed up at 3 and 6 months. The study was approved by the ethical clearance committee of the institute. 45 neonates admitted in nenonatal intensive care unit (NICU) with hypoglycemia, requiring glucose infusion rate (GIR) of 6 or more as per standard treatment guidelines were included in the study. A written informed consent was taken from the parents. Neonates with birth asphyxia (Apgar score<6), birth weight<1200 g, gestational age<30 weeks, congenital anomalies, and shock (on inotropes) were excluded from the study. Gestational age, parity, sex, birth weight, and neonatal clinical course were recorded for all infants.

Blood glucose was measured by Accu-chek active glucometer, which is of ISO-15197 standard. Pre-warmed heel of a neonate was cleaned with sprit and after drying, skin puncture was done in posterolateral aspect by lancet. A good drop of blood touched the edge of glucometer strip and blood glucose was noted. Whenever blood glucose measured by glucometer was ≤ 50 mg%, venous blood 0.5 ml was sent to laboratory for “hexokinase” analysis and blood glucose level thus obtained was taken for study. Relevant investigations for e.g. septic screen, MRI were done. Patients were managed according to standard guidelines and were followed after discharge up to 6 months. Their neurodevelopmental assessment was done at 3 and 6 months age using Denver developmental screening test 2 (DDST 2), hearing assessment was done by behavior audiometry and tone was assessed by Amiel tison test.

DDST 2 is a test for screening cognitive and behavioural problems in preschool children. The data are presented as age norms, similar to a growth curve. The more items a child fails to perform (passed by 90% of his/her peers), the more likely the child manifests a significant developmental deviation that warrants further evaluation.

Statistical analysis was performed using SPSS 17.0 for windows. Continuous data were analyzed by t-test when normally distributed or else by Mann–Whitney test. Categorical data were analyzed using Chisquare test or Fisher exact test.

A total of 45 neonates were enrolled in the study, 3 died during follow up and 3 were drop outs. Hence, 39 neonates with hypoglycemia admitted to NICU and fulfilling the inclusion criteria were finally analysed in the study.

Twenty seven (69.2%) hypoglycemic neonates were male and twelve (30.8%) were females. Among these, 48.7% were preterm (gestational age<37 weeks) and 51.3% were term (gestational age>37 weeks) neonates. No statistically significant difference in prevalence of neurodevelopmental outcome was observed [p>0.05] at any stage of follow up between male and female neonates (Table 1).

Table 1: Distribution of cases according to sex in relation to neurodevelopmental outcome at 3 and 6 months.

Table 2: Distribution of cases according to gestation in relation to neurodevelopmental outcome at 3 and 6 months.

Table 3: Distribution of cases according to birth weight (kg) in relation to neurodevelopmental outcome at 3 and 6 months.

Table 5: Distribution of cases according to age of presentation in relation to neurodevelopmental outcome at 3 and 6 months.

Seventy nine per cent of infants [27/34] who had symptomatic hypoglycemia were found to have abnormal outcome at 3 months while only 20% [1/5] of asymptomatic neonates had abnormal neurodevelopmental outcome as shown in Table 6 (p<0.006).

Table 6: Distribution of cases according to symptoms in relation to neurodevelopmental outcome at 3 and 6 months.

Table 7: Distribution of cases according to number of readings of RBS<25 mg/dl in relation to neurodevelopmental outcome at 3 and 6 months.

Table 8: Distribution of cases according to duration of hypoglycemia in relation to neurodevelopmental outcome at 3 and 6 months.

Table 9: Distribution of cases according to maximum glucose infusion rate in relation to neurodevelopmental outcome at 3 and 6 months.

Neonatal hypoglycemia is a common problem requiring medical attention in new-born and a leading cause of preventable brain damage, physical and mental handicap and early deaths among infants. Hypoglycemia can be a normal transitional phenomenon but if it is symptomatic it can lead to subsequent death or lifelong neurological sequelae in surviving infants. Recent advances in molecular genetics have provided new insight into its biochemical and physiological basis and have led to more appropriate and specific treatment.

In our study, the prevalence of abnormal neurodevelopmental outcome according to DDST 2 method was 71.79% [n=28] at 3 months and 66.6% [n=26] at 6 months. These results were comparable to the previous study done by Chandrashekaran et al. [14] on 60 infants. They observed abnormal neuromotor assessment and developmental delay in 19, 25 infants and 22, 17 infants at 3 and 6 months age, respectively. Both abnormal neuromotor assessment and developmental delay at 9 months CA were seen in 12 infants. Similarly, Alkalay et al. [15] in 2006 reviewed 22 early hypoglycemic cases and observed severe sequelae and persistent abnormal neuroscreening in 17 cases (74%).

We analyzed the relation of various demographic factors and risk factors of hypoglycemia on neurodevelopmental outcome.

In our study no statistically significant difference in prevalence of neurodevelopmental outcome was observed (p>0.05) at any stage of follow up between male and female neonates. Chandrashekaran et al. [14] did not found any significant association with gender, similar to our study.

In our study, we noticed high prevalence of abnormal neurodevelopment in neonates presented late in their life. In our study, there is significant relationship of age of presentation and neurodevelopmental outcome [p<0.05]. In contrast to this Alkalay et al. [15] who found that out of 23 cases half of the infants had visual impairment, and their median and range of plasma glucose values and postnatal age when hypoglycemia was first detected, were 7 mg/dL (range: 2-26 mg/dL) and 48 h (range, 1-72 h), respectively.

In our study, the number of readings of RBS<25 mg/dl was found to be positively associated with neurological abnormalities [p<0.05]. Haworth et al. [16] also found similar results in their study but in contrast to this, Chandrashekaran et al. [14] did not find any positive association between the two variables.

This indicates that severe and prolonged neonatal hypoglycemia causes cerebral lesions as found in our study with prolonged hypoglycaemia of >3 days. A review article from Vannucci et al. [8] emphasizes neurologic morbidity occurs particularly in those infants who have suffered severe, protracted or recurrent symptomatic hypoglycaemia.

Early diagnosis and treatment of neonatal hypoglycemia is mandatory to prevent the long-term neurological sequelae. 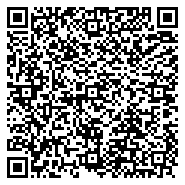