Neutrophil Lymphocyte Ratio and Red Cell Distribution Width as a Marker of Preeclampsia: A Retrospective Study

Copyright: © 2017 Prasmusinto D, et al. This is an open-access article distributed under the terms of the Creative Commons Attribution License, which permits unrestricted use, distribution and reproduction in any medium, provided the original author and source are credited

Worldwide, preeclampsia occurs in 3-7% pregnancy and contributes to 18% maternal mortality. Preeclampsia is characterized with hypertension and proteinuria starting from 20 weeks of gestational age or more with previous normal blood pressure. There are wide varieties of theories causing preeclampsia. The most unbreakable theory is the change of immunological system leading to increased inflammation response [1].

Serologic marker examination of preeclampsia is still unreachable in limited facilities health care hence is not routinely performed. A reachable and reliable examination should be performed to proper diagnosis and prompt treatment in limited facilities health care. Complete blood count (CBC) is a routine blood examination supported by JKN (Indonesian National Health Insurance) hence should be performed in every health care. Neutrophil lymphocytes ratio (NTR) and red cell distribution width (RDW) in CBC may become reliable marker tools to see the presence of inflammation and predict the severity of preeclampsia as stated several studies.

In preeclampsia, neutrophil’s activity is more active, circulates through intervillous space, and then exposed to lipid oxidation secreted by the placenta. RDW is the coefficient of erythrocytes volume’s heterogeneity. Increased level of it, which means increased inflammation, is recently suggested as predictor to hypertension and other cardiovascular disorders with unclear pathophysiology. It is also associated with diabetic ketoacidosis, thrombotic disorders, malignancies, and hepatic-renal disease. Relationship between RDW and preeclampsia is supposed through the increased of inflammatory response. Inflammation may impair iron metabolism and make red blood cells lifespan shorter, which makes an increased RDW as a consequence [2]. Inflammatory cytokines may interfere red blood cells maturation that causes entering of immature erythrocytes and may increase RDW [3].

However, the significance of NTR and RDW in pregnancy population, specifically with preeclampsia as one of hypertensive disorders has never been evaluated. Therefore the current study was proposed to learn the relationship between NTR/RDW and preeclampsia in Indonesia population as a cost-effective and new reliable predictor.

A retrospective study was conducted consecutively to 254 pregnancies in the Department of Obstetrics and Gynecology in Persahabatan Hospital, Jakarta, Indonesia on July 2014 to June 2016. Preeclampsia is defined as gestational hypertension accompanied by proteinuria in 20 weeks of gestational age or more until the 6th week after delivery in a woman with previously normal blood pressure. Healthy pregnancy is defined as pregnancy with normal physical and laboratory tests. The current study excluded pregnant women in labor, have metabolic disease, premature rupture of membranes, infection, anemia, malignancy, smoking, multiple pregnancy, kidney disease and superimposed preeclampsia as well.

In this hospital all pregnant women, either normal or with complications, are delivering in emergency department. Blood were collected when the subjects and controls were admitted to the hospital for delivery. So the NTR and RDW data were obtained when the preeclampsia has been developed.

As all government hospital in Indonesia, this hospital is using a common hematology automated analyser, which can measure complete blood count simultaneously with RDW.

NTR and RDW were obtained from the complete blood count panels routinely performed to every single pregnant woman in 3rd trimester who come to hospital. Data were differed into two groups; pregnancies with preeclampsia and not, early and late onset of preeclampsia. Data analysis was performed using the Statistical Package for Social Sciences for Mac, version 20.0 (SPSS Inc., Chicago, IL, USA). The distribution of data was analyzed by normality Kolmogorov-Smirnov Test leading to 2x2 tab analysis using T-test if the data was well distributed or Mann-Whitney Test if the data was not well distributed. Well distribution of continues data were expressed as mean ± SD, while the not well-distributed data were expressed as median and minimum/maximum range. We evaluated the normality of distribution before testing the significance. To estimate the sensitivity and specificity of NTR and RDW as predictor for preeclampsia, Receiver Operating Characteristic (ROC) analysis as diagnostic tools was performed.

This study has been approved by ethical commission from University of Indonesia and Persahabatan Hospital, Jakarta.

Total number of patients who have fulfilled the inclusion and exclusion criteria was 254 with 136 pregnancies with preeclampsia (53.5%) and 24 pregnancies were included in early onset of preeclampsia (18%). The demographic and clinical characteristics of patients are shown in (Table 1). Preeclampsia was occurred mostly in reproductive age (26-40 years old, 72.8%) and multiple parity (n=92, 67.6%) (Table 1).

Table 2: NTR and RDW between preeclampsia with normal pregnant. 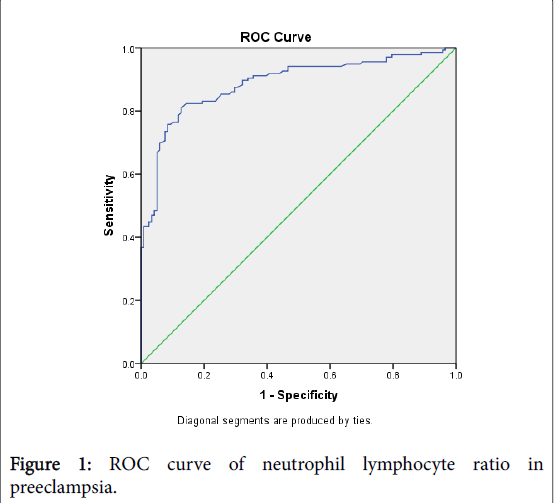 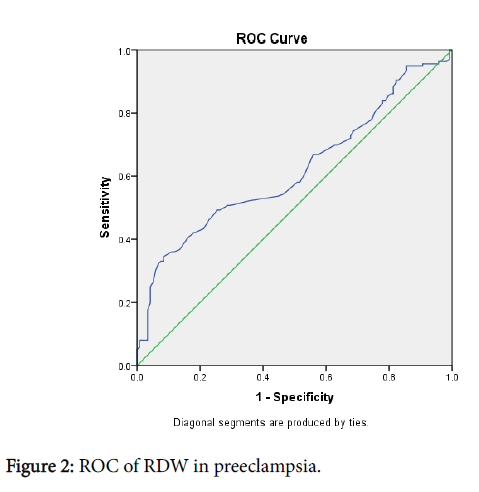 Figure 2: ROC of RDW in preeclampsia.

Neutrophil is associated with increase of arachidonic acid hence increased significantly in patients with preeclampsia. Neutrophil lymphocyte ratio (NTR) in complete blood count panels is a nonspecific marker of systemic inflammatory response. Neutrophil is presented as the first line of defense and initiate the non-specific inflammatory mediators, whereas lymphocytes is presented as regulation or protection components of inflammation.

In our study, significant difference NTR was found between preeclampsia and normal pregnancy. This was in accordance with other previous research. Several previous studies concluded that NTR has a prognostic value to predict diseases such as malignancy, coronary heart disease, and preeclampsia [1,4]. Oylumlu et al. presented the increase levels of NTR in pregnancy with preeclampsia [5].

Increasing neutrophils are associated with increasing inflammation and on the other hand low levels of lymphocytes are associated with poor general health, increasing cortisol levels, and increasing level of apoptosis due to stressor [1,4,8]. Unfortunately, we did not find any significant difference of NTR between early and late onset of preeclampsia. This may reflect that pathophysiology of preeclampsia does not a simple matter. Another factors such as genetic and environment may contribute.

Red cell distribution width (RDW) presents distribution of erythrocytes volume in circulation. Short lifespan of the erythrocyte due to inflammation or hemolysis lead to increased RDW. Increased RDW is also a marker for activated systemic inflammation. Many studies have been reported that RDW has an association with increasing mortality in cardiovascular patients, brain vascular diseases, septicemia, chronic obstructive pulmonary diseases, and hepatitis B. RDW has been also reported to have an association with hypertension disease and as an indicator for poor prognosis in heart failure and acute myocardial infarction [7,8].

However, the mechanism of relationship of hypertension and RDW is still not fully understood. The most plausible theory is RDW as a marker for an increased inflammation. Kurt et al [4] showed a positive relationship between elevated CRP and RDW in patients with preeclampsia. In preeclampsia, placental hypoxia occurs due to an inflammatory process resulting into an increase in the stimulation of erythropoiesis. Immature erythrocytes with low self-repair mechanism will enter the circulation. Enormous inflammation in preeclampsia caused by reaction of radical oxygen and proteolysis enzymes may lead to destruction of red blood cells. As the consequence, the level of catabolic products such as erythrocyte membrane protein band 3 is increasing and also erythropoietin on the spinal cord is stimulated. Thus, the inflammatory process, placental hypoxia, red blood cell destruction, and the erythropoiesis can explain the increased level of RDW in preeclampsia [3].

We found that RDW in preeclampsia patients had a significant difference with the normal one. Our finding is in accordance with the other studies. Gezer et al [7] concluded that RDW is associated with the severity of hypertension. RDW predicts a poor prognosis of hypertension leading to heart failure and coronary heart disease. This study revealed that RDW was increased in chronic inflammation situation [7-9]. Reddy et al. [9] were also reported that RDW is useful to differentiate between severe preeclampsia and mild preeclampsia. However we found that different from their study, RDW is more specific as a marker for preeclampsia, but has a weaker sensitivity. Different total sample may contribute for this difference.

Neutrophil lymphocyte ratio (NTR) and red cell distribution width (RDW) are simple, inexpensive, and routinely used parameter available in limited facilities health care a part of CBC panels. NTR and RDW can be markers for preeclampsia. As higher NTR and RDW, markers for inflammatory response, may relate to preeclampsia. 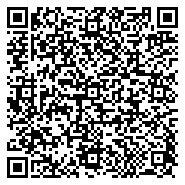