2Department of Urban Development and Environment, University of Amazonia, Brazil

Copyright: © 2017 Silva DN, et al. This is an open-access article distributed under the terms of the Creative Commons Attribution License, which permits unrestricted use, distribution, and reproduction in any medium, provided the original author and source are credited.

Introduction: Myocardial infarction (MI) is defined by total interruption of coronary flow, resulting in ischemia and myocardial necrosis. In MI, diastolic function of the left ventricle is immediately altered, since part of the diastole is an energy-dependent procedure.

Objective: To analyze, through a systematized review, the effect of physical therapy treatment in the postoperative period of myocardial revascularization.

Methodology: The tool used to analyze the selected articles was the list of PRISMA recommendations. We analyzed original researches published in English and Portuguese in the last ten years, using the SCIELO, PUBMED, BIREME, MEDLINE databases.

Results: 100 articles were selected, with inclusion and exclusion criteria, being chosen only 20 articles, 10 of Portuguese language and 10 of foreign language.

Conclusion: Cardiac rehabilitation protocols, involving the association of conventional physiotherapy with stimulators and other techniques, such as PEEP, TENS, CPAP, muscle training, deep breathing exercises, provide a satisfactory and immediate result to individuals.

Cardiovascular diseases are the main causes of death in developed countries, and their occurrence has increased epidemically in developing countries. In a research involving 115,021 cardiac surgeries (CC), they found an overall mortality rate of 8%, most of them occurring in the PO period, with pulmonary complications being one of the most prevalent causes [1].

Myocardial infarction (MI) is defined by total interruption of coronary flow, resulting in ischemia and myocardial necrosis. In MI, diastolic function of the left ventricle is immediately altered, since part of the diastole is an energy-dependent procedure. It is probable that patients with a higher degree of diastolic dysfunction show a decrease in functional capacity proportionally to their severity [2].

The relationship of heart disease and its influence on the respiratory system shows that cardiac compromise and the surgical process cause pulmonary complications [3]. Patients who undergo CABG often develop pulmonary dysfunctions, such as atelectasis, restrictive ventilatory disorder, and hypoxemia [4].

The objective of this article was to analyze, through a systematized review, the effect of physical therapy treatment in the postoperative period of myocardial revascularization with focus on respiratory improvement, better gas exchange and a better quality of life.

The tool used to analyze the selected articles was the list of PRISMA recommendations, the purpose to help authors improve the reporting of systematic reviews and Meta-analyzes. We analyzed original researches published in English and Portuguese in the last ten years, with reference to databases SCIELO, PUBMED, BIREME, and MEDLINE. In order to select studies with greater scientific evidence, we only consider controlled clinical trials. The search strategy considered the following keywords; Myocardial Revascularization, Post-operative Care, Physical Therapy, Respiratory Exercises.

The search strategy used was broad and resulted in 4431 titles speaking about myocardial revascularization. Of these, 779 selected were excluded by the title because they did not present the inclusion criteria. We included research on physiotherapy in myocardial revascularization. And we excluded the work that was not related to revascularization. Of the 153 remaining studies, they were discarded for methodological reasons and lack of important information. Thus, 20 studies were included for qualitative synthesis, in which they presented all the inclusion criteria, with relevant and extremely important information for the research. Thus, 10 articles were of Portuguese language and 10 of foreign language (Figure 1). 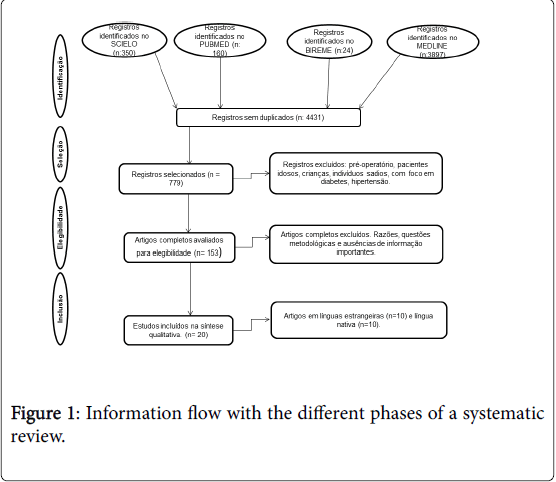 Figure 1: Information flow with the different phases of a systematic review.

Patients undergoing coronary artery bypass graft surgery may be predisposed to acquire complications in the cardiovascular and respiratory systems, as a consequence of secondary dysfunctions such as induction of anesthesia, thus triggering ventilation and perfusion disorders promoting a closure of the airways [4].

The experiences of heart disease and surgery change the way you live, work, and understand the process that is happening to each patient. According to the interviews, people who went through the health-disease process report that they manipulate the knowledge, standards, values and beliefs that guide their practices [5].

It was observed that one of the common alterations in this procedure is atelectasis, since they are diagnosed through radiological exams and are linked to aggravation of gas exchange and decrease of pulmonary volumes, resulting in restriction of functional capacity and pulmonary complacency [4].

In order to promote a balance and improvement in the clinical picture of each individual, physiotherapeutic intervention was used in cardiac rehabilitation programs involving a multidisciplinary team that meets the needs required [6].

According to Araujo [8], cardiac rehabilitation reduces mortality rates, myocardial revascularization and improves the quality of life, biochemical profile, and increase in physical fitness, evolution in functional capacity and gain in hemodynamic, physiological and autonomic parameters.

Cardiac rehabilitation programs in post-myocardial revascularization patients include muscle training, transcutaneous electrical nerve stimulation - TENS, effects of PEEP, the role of electro analgesia in respiratory function, the use of EPAP by face mask, CPAP, deep breathing exercises and spirometry. Treatment varies with a frequency of two to three times a day, with a series of ten repetitions of breathing exercises.

According to Matheus [5] respiratory muscle training was effective in recovering tidal volume and vital capacity in the threshold training group, which was done in 47 patients and was divided into two groups: the study group with 23 patients and the control group with 24 Patients, for Ferreira [9] the results are similar with the use of the threshold, but there was no difference in PEmax and PImax in the postoperative period, only improvement was observed in the preoperative period.

In the Barros study [10] performed with 38 patients with respiratory muscle training treatment, it was observed that there were alterations in Pimax, PEmax, VC and PEF in subjects submitted to immediate postoperative surgery and it was verified that in the group submitted to revascularization without To perform the muscular training showed a different behavior, already those submitted to the muscular training was noticed that a reestablishment of the ventilation functionality occurred at the moment of the hospital discharge, returning its parameters to the values initially observed, before the surgery.

In a study of 149 patients, the physical exercise performed in the cardiovascular physical therapy protocol was effective, promoting changes in heart rate, without causing any clinical complications [11].

A survey conducted by Aikawa [12], with 86 patients, developed a protocol with combination of aerobic exercises and resistance exercises. The weight of the dumbbells and ankles were determined according to the profile of each patient. The improvement of the functional capacity was the main result that the research obtained.

In the protocol that Botega [13] elaborated, with 14 patients, consisted of a group of low-impact exercises for upper and lower extremity and walking exercise, performed in the pre- and postoperative period. Heart rate, systolic blood pressure, diastolic blood pressure, mean arterial pressure, double product, and EPI score were assessed before and after training. The result was satisfactory, but lower than expected, with only an increase in heart rate in the individual analysis.

In the treatment with EENT (Transcutaneous Electric Nerve Stimulation), it was effective in the management of postoperative pain in cardiac surgery, avoiding the excessive use of analgesic as well as in the improvement of respiratory muscle strength and especially in PEmax [14]. Considering the results of the studies analyzed, we observed the efficacy of certain procedures used in the postoperative period, since pain control becomes essential for the patient, since the pain stimuli pre-dispose to a greater suffering of the postoperative complications.

For Luchesa, [15] although electro analgesia helped in the pain effect, it did not react in the improvement of peak expiratory flow, forced vital capacity and forced expiratory volume in the first second of patients undergoing cardiac.

According to Graetz [16], the respiratory complications present in the postoperative period of cardiac surgery are frequent, with emphasis on atelectasis, pneumonias, hypoxemia and pleural effusions. However, it was verified that the use of PEEP promoted a lower incidence of atelectasis and lower reductions in some Spiro metric values in patients submitted to myocardial revascularization when compared to nonperforming respiratory physiotherapy.

In the Sena [17] study performed with Twenty-eight patients, the effect of PEEP with the use of non-invasive mechanical ventilation was observed, which proved to be efficient, since it significantly reduces the need for reintubation and the need for tracheostomy in patients with respiratory failure, Oxygenation and reducing respiratory work.

Among the protocols performed in the articles is the deep breathing exercise compared to spirometry. According to Renault [4] the research was performed with 36 patients, but no significant differences were observed in maximal respiratory pressures, spirometric variables and oxygen saturation among patients submitted to deep breathing exercises and incentive spirometry in the postoperative period of myocardial revascularization surgery.

For Renault 1, deep breathing exercise techniques (BET) are easy techniques, however, incentive spirometry has not been shown to be more effective than respiratory physiotherapy alone, in reducing pulmonary complications, in hospital stay and in pulmonary function. ERPs consist of slow and uniform nasal breathing aimed at increasing pulmonary expansion, increasing diaphragmatic demand and improving recovery of function.

According to Mendes [18], the research carried out on the use of CPAP in 16 patients after cardiac surgery concluded that there were

In Mendes's research [19], the treatment with RPPI and physiotherapeutic intervention was performed in 21 patients, where 8 performed the exercise with RPPI and 13 with intervention. When comparing the two interventions, it was concluded that there was no superiority between the applied techniques. important changes in lung function, strength, and thoraco abdominal mobility. However, there was no difference in the results comparing the CPAP/RPPI with the physiotherapeutic intervention.

Positive airway expiratory pressure by face mask (EPAP) is used in the postoperative period of cardiac surgeries, however, its hemodynamic effects have not been clearly studied. According to Sena [16], in the study carried out with EPAP by Facial Mask in Cardiac Post-operative Hemodynamics, 31 patients were selected, who tolerated EPAP well and resulted in an increase in right and left ventricular filling pressure measurements, as well as in blood pressure average.

As for Cavalli [20], since the prevalence of cardiac surgeries is high and entails high costs due to secondary complications, he hears the need to describe a new underwater EPAP device in which 17 individuals were evaluated, where they obtained results indicating that underwater EPAP improves saturation Of oxygen, helps in the removal of secretions through collateral ventilation and expectoration, improves pulmonary auscultation, reduces the main complaint by the progressive increase of the thoracic mobility, making.

It can be concluded that cardiac rehabilitation protocols, involving the association of conventional physiotherapy with stimulants and other techniques, such as PEEP, TENS, CPAP, EPAP, muscle training, deep breathing exercises, provide a satisfactory and immediate result to individuals.