Objective: Fibromyalgia patients often complain of unrefreshed sleep. Polysomnography findings have shown a decrease in slow wave sleep, alpha-delta EEG pattern, decreased rapid eye movement (REM) sleep and increased number of arousals. However, the sleep abnormality and unrefreshed sleep in fibromyalgia could be more than a reduction in slow wave sleep and alpha-intrusion pattern. Emerging information has shown the comorbidity of fibromyalgia with obstructive sleep apnea. The aim of this study is to evaluate the frequency of obstructive sleep apnea (OSA) in fibromyalgia patients and its occurrence with REM and non-REM (NREM) sleep.

Methods: A retrospective chart review was conducted at our center. Charts of patients who visited the clinic of one psychosomatic medicine specialist from January 2015 to December 2015 were reviewed for patients diagnosed with fibromyalgia, OSA, and patients with combined fibromyalgia and OSA. A sleep study (polysomnography test results) of patients carrying a combined diagnosis of OSA and fibromyalgia were also reviewed.

Results: Of the total number of patients (n=117) patients diagnosed with fibromyalgia was n=14 (12%). Out of these 14 patients, 10 patients also had obstructive sleep apnea (71%). And of these patients’ polysomnography results were available n=8, decreased REM sleep n=5 (62%), apnea/hypopnea worse in REM sleep n=6 (75%), with a mean REM Apnea Hypopnea Index of 37.5 events per hour.

Conclusion: There is a possible association of fibromyalgia with OSA where REM sleep abnormalities were found in patients with combined fibromyalgia and OSA.

Fibromyalgia is a common cause of chronic musculoskeletal pain affecting 3-5% of the population [1]. It is characterized by widespread pain and tenderness on palpation in at least 11 to 18 specific anatomical locations [1-3]. In addition to generalized pain, fibromyalgia is also associated with non-refreshing sleep, fatigue, functional impairment, cognitive dysfunction, depression, stiffness, psychiatric symptoms and variable gastrointestinal symptoms [1-3]. The etiology of fibromyalgia is still unknown. Several factors are thought to contribute to the pathophysiology of fibromyalgia. They include abnormal pain processing and central sensitization, dysregulation of the hypothalamic-pituitary-adrenal axis (HPA), and immunological vulnerability [2,3].

To diagnose Fibromyalgia the patient must meet the following 3 conditions: First the patient must have a widespread pain index (WPI) score of ≥ 7 and a symptom severity scale (SS) score of ≥ 5 or the patient can have a WPI score of 3-6 with a SS score of ≥ 9. Second the patient should also experience symptoms at a similar level for at least 3 months and third all other disorders have been ruled out. The WPI looks at the history of pain in 19 areas of the body where a point is given to each area the patient feels pain in the last 7 days. The final score will be between 0 and 19. The SS scale looks at the severity of the patient’s fatigue, unrefreshed sleep, cognitive problems and the extent of the patient’s somatic symptoms. The severity of each symptom over the past week is rated between 0-3 with a final SS score of 0-12 [4].

As stated above, patients with fibromyalgia often complain of feeling tired and unrefreshed after a full night of sleep [1]. The first objective evidence of sleep abnormality in fibromyalgia was found 30 years ago when an alpha-delta pattern on electroencephalogram (EEG) was found in fibromyalgia patients during sleep. Subsequent polysomnography studies have shown a reduction in slow wave sleep (SWS), decrease in rapid eye movement (REM) sleep and increased number of arousals [5]. The alpha EEG pattern has been associated with wakefulness, unrefreshing sleep and diffused myalgia [6,7] which suggests a possible explanation for daytime fatigue. This is further exacerbated by the reduction in slow wave sleep (stage 3 and 4 of non- REM sleep). SWS is thought to be an important part of sleep restoration where heart rate, blood pressure, sympathetic activity, cerebral glucose consumption and cortisol levels are decreased while growth hormone is released during stage 4 sleep [1]. Studies have shown that noise-induced disruption of SWS results in increased tenderness, diffused myalgia and fatigue in healthy individuals [5] especially if this disruption continues for consecutive nights of sleep.

Across studies, there is a vast amount of evidence that suggests that sleep and pain are also related. Sleep complaints are present in 67-88% of chronic pain disorders and at least 50% of individuals with insomnia suffer from chronic pain [15,16]. Longitudinal evidence shows a directional effect of pain on sleep involving patients with fibromyalgia, rheumatoid arthritis and burn injury [16]. Roehers et al. found a loss of 4 hours of REM sleep was associated with hyperalgesia [17]. A decrease in REM sleep is a common issue for fibromyalgia patients who may attribute to the musculoskeletal pain and stiffness found in these patients. Whereas, in patients with obstructive sleep apnea the apneic episodes generally occur during REM sleep. For some patients, they exclusively occur during REM sleep which could also be related to a hyperalgesic state. The aim of this study is to evaluate the frequency of OSA in fibromyalgia patients and its occurrence with REM and non-REM sleep.

Charts of all the patients who visited the clinic of one psychosomatic medicine specialist from January 2015 to December 2015 were reviewed for patients diagnosed with fibromyalgia, OSA, and patients with combined fibromyalgia and OSA.

The inclusion criteria consisted of:

1. Patients formerly diagnosed with fibromyalgia by their primary care physician

1. Patients with no history of fibromyalgia

2. Patients with no history of OSA

Patients considered to have fibromyalgia were diagnosed by their primary care physician based on a clinical evaluation, physical exam and ruling out conditions with similar symptoms. Patients considered to have OSA were diagnosed only after a sleep study (polysomnography test results). Polysomnography is used to diagnose obstructive sleep apnea and its severity based on the apnea-hypopnea index (AHI). OSA is defined when the AHI is ≥ 5 where AHI of 5-15 is mild, 15-30 is moderate, and >30 is severe [15].

A total of 117 patients visited the clinic of one psychosomatic medicine specialist from January 2015 to December 2015. Of the 117 patients, 37 patients were male with the mean age of 55.27 and 80 patients were female with the mean age of 55.6. All charts were reviewed through the electronic medical records program EPIC and filtered using the ICD 9 codes of 2015 and the updated ICD 10 codes of 2016. Of these 117 patients the retrospective chart review first identified the number of patients diagnosed with sleep apnea by using the ICD codes ICD 9 327.23 and ICD 10 G47.33. Afterwards the chart review identified the number of patients diagnosed with fibromyalgia using the ICD codes ICD 9 729.1 and ICD 10 M79.1 and M79.7. After that, the number of patients diagnosed with fibromyalgia, and carrying the diagnosis of OSA were identified. This group was the group used for sampling. Of these 10 patients only 8 patients had polysomnographic findings on file. 2 patients carried the diagnosis of fibromyalgia and OSA but the sleep study was done in an outside sleep center and therefore was excluded from the sample. The remaining 8 patients’ sleep studies were reviewed looking at NREM sleep and REM sleep abnormalities (Figure 1). 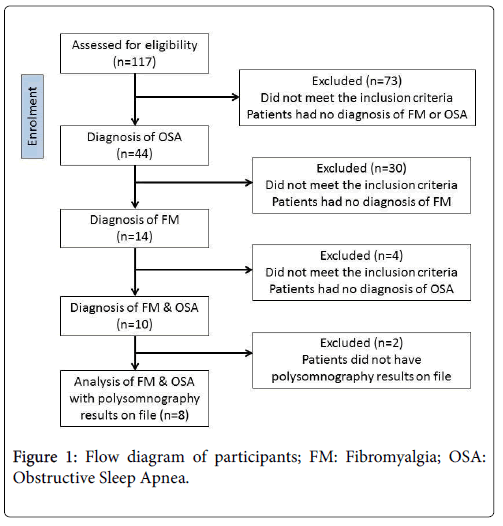 Table 1: Summary of Fibromyalgia patients with and without sleep apnea.

This study shows there may be an association of OSA to fibromyalgia where REM sleep abnormalities were found in patients with combined fibromyalgia and OSA. Data regarding the prevalence of OSA in fibromyalgia is limited but, this may be due to selection bias. Few studies looking at the association between fibromyalgia and OSA select patients based on their OSA status and then look for fibromyalgia criteria. However, if the selection was done in reverse where fibromyalgia patients were identified first and then tested for OSA we may find a stronger correlation between the two as shown in this study. Another possible route would be to have a large sample size. In one case series that looked at 900 OSA subjects, it was found that 135 or 15% of the patients had fibromyalgia based on the American College of Rheumatology criteria [10]. We believe this study should be replicated in a larger prospective study.

The importance of diagnosing the correct underlying sleep disturbance in fibromyalgia patients can vastly change the treatment that is provided to the patient. In the case of a patient with fibromyalgia having insomnia and pain a common medication prescribed is an opioid or benzodiazepine. However, if the underlying sleep abnormality is obstructive sleep apnea this treatment plan would worsen the sleep apnea with serious medical consequences and also could lead to increased fatigue and increased pain the following day which can feed into a vicious cycle of poor sleep followed by a painful day leading to a night of worse sleep [18,19]. In patients with fibromyalgia and OSA, the pain perception is most likely increased due to decrease levels of REM sleep leading to hyperalgesia. Studies are needed to see if continuous positive airway pressure (CPAP) therapy, as well as, medications that increase REM sleep could help these patients.

Sodium Oxybate (SXB) is one medication that increases REM sleep that has been looked at for fibromyalgia. SXB is the salt of gammahydroxybutyrate, a metabolite of the inhibitory neurotransmitter GABA [2]. It has been shown to increase SWS, reduce alpha rhythms and improve pain and fatigue in a small group of fibromyalgia patients [13]. This was later confirmed in a larger study conducted by Moldofsky et al. where they found that SXB facilitated SWS and reduced the wakefulness after sleep; therefore, reducing physiological sleep instability, a perception of pain, and fatigue. Thus, being one of the first medications that improve the key features associated with fibromyalgia [2].

This review has limitations. This study was a retrospective chart review where the diagnosis of fibromyalgia was based on the patients’ diagnosis list as evaluated and entered by the primary medical provider. The sample size was small so it was difficult to obtain descriptive statistics and sample size calculations thus limiting the scope of the study.

This review raises the possibility that there might be an association between OSA and REM sleep abnormalities in fibromyalgia. However, larger studies are needed to see if this possibility is true. It is important to evaluate fibromyalgia patients for OSA and studies are needed in this area to see if treatments like CPAP could become an effective treatment in this population. Future research should be conducted to look at medications that effect REM sleep and its association with pain in fibromyalgia patients.

Copyright: © 2017 Meresh E, et al. This is an open-access article distributed under the terms of the Creative Commons Attribution License, which permits unrestricted use, distribution, and reproduction in any medium, provided the original author and source are credited.