Every year in western countries millions of people are diagnosed with portal hypertension (PHT) which rapidly complicates hepatic cirrhosis and causes esophageal varices, ascites and encephalopathy. This determines higher risk of morbidity and mortality and contributes to elevate costs for the Health Care System. PHT is defined as the elevation of the portal vein pressure gradient over 5-10 mmHg. Common causes are: Pre-hepatic such as portal vein thrombosis or congenital atresia; intra-hepatic as liver cirrhosis, hepatic fibrosis and less commonly non-cirrhotic causes such as schistosomiasis, massive fatty change and granulomatous diseases; post-hepatic including obstruction that occurs at any level between liver and right heart (i.e., Budd Chiari syndrome and veno-occlusive disease VOD).

The pathophysiology of portal hypertension is explained by the increasing of vascular resistance into the blood flow of the liver; as consequence the hepatic micro vasculature is compressed by regenerative nodules and fibrotic scars of the cirrhosis.

When the portal circulation is obstructed, whether it is within or outside the liver, a remarkable collateral circulation develops to carry portal blood into the systemic veins. Such picture occurs in the setting of the portal vein thrombosis or in case of congenital atresia. In adults causes are more often due to malignancies or hypercoagulable status while in pediatrics patients, the portal vein thrombosis is usually originated by the obliteration of the umbilical vein and of the Arantius duct. In the childhood, secondary cause of PHT might be the atresia of the portal trunk which leads to the formation of a “portal cavernoma”.

Considering the intra-hepatic causes, HBV and HCV related cirrhosis represent the most frequent etiology of end stage liver disease which is associated to PTH in Western countries. Alcohol-induced liver disease, as well as nonalcoholic steato-hepatitis (NASH) and cholestatic liver diseases are other common causes of cirrhosis and consequent PHT. Less common causes include hemochromatosis, α1- antitrypsin deficiency, drug-induced liver disease, and schistosomiasis in undeveloped countries. Post-hepatic abnormalities leading to PHT include cardiac disease, as well as congestive heart failure or constrictive pericarditis, or hepatic vein out flow obstruction, and inferior vena cava thrombosis or webs. Hepatic vein thrombosis, or Budd-Chiari syndrome, has multiple etiologies but is generally related to a hypercoagulable state and often treated with anticoagulation. Liver fibrosis can result from supra-hepatic disease, and cirrhosis can also develop late in the disease course.

The diagnosis of PHT can be achieved by measurement of the hepatic venous pressure gradient (HVPG) which has been accepted as the gold standard for assessing the severity of PHT defined as HVPG greater than 5 mmHg and it is considered clinically significant when the HVPG exceeds 10-12 mmHg. In addition, duplex Doppler ultrasonography is a noninvasive, low-cost method of diagnosis that provides sophisticated information. It is often the initial procedure performed and provides specific features regarding hepatic echogenicity and about direction and velocity of portal flow. Splenomegaly, portal vein dilation, thrombotic occlusion, collaterals, and gallbladder wall thickening are indicative of PHT at CT scan and MRI. Transient elastography using ultrasound is the most recent noninvasive method for detecting hepatic fibrosis and recent studies appear to be diagnostic of PHT. Endoscopy is the standard diagnostic approach in patients with acute gastrointestinal hemorrhage after initial resuscitation and can offer both a diagnostic and therapeutic options.

PHT is often asymptomatic in the initial stage, while clinical manifestations of second or late stage are splenomegaly, abdominal wall collateral circulation, thrombocytopenia, gynecomastia, and ascites. In addition, hypertensive gastropathy, and spontaneous bacterial peritonitis might complicated the clinical picture.

Other complications include hepato-renal syndrome, hepatic hydrothorax, hepato-pulmonary syndrome, porto-pulmonary hypertension, and cirrhotic cardiomyopathy. This background has led to the development of new therapeutic management approaches such as pharmacological therapies, endoscopic therapies, and surgical and radiological shunting procedures (Transjugular Intrahepatic Portosystemic Shunt-TIPS). Although many advances have been made in this clinical setting, PHT continues to be related to severe morbidity and mortality.

Medical care also includes primary and secondary prophylaxis. Pharmacologic therapy for PHT includes the use of beta-blockers, most commonly propranolol and nadolol. Interestingly Brazilian investigators have suggested that the use of some statins (e.g.: Simvastatin) may lower portal pressure and potentially improve liver function. Endoscopic procedures such as sclerotherapy and variceal ligation can be used to prevent the recurrence of variceal hemorrhage.

Surgical care includes the use of decompressive shunts, devascularization procedures, and liver transplantation. Models of pre-hepatic PHT have been used to study alterations in the splanchnic circulation and to better understand the pathophysiology of the hyperdynamic circulation. Usually an induction of cirrhosis is required to study the alterations in intrahepatic microcirculation. At this regards, it is well known that the use of animals like dogs or pigs offers an advantage due to their size, but this practice has been abandoned due to high cost. Portal vein ligation (PVL) model has been extensively used to create PHT, because the procedures are easy to perform, and not expensive. One week after PLV, rats develop complete PHT, with hyper-dynamic circulation and portal-systemic shunting. In our experience partial portal vein ligation (PVL) offered a better model to induce PHT in pigs. This preclinical model is useful in the investigation of splanchnic blood flow and showed to be a reliable option to further enquire the clinical picture of the small for size syndrome after partial liver transplantation and of the post hepatectomy liver failure.

Copyright: © 2016 Pagano D, et al. This is an open-access article distributed under the terms of the Creative Commons Attribution License, which permits unrestricted use, distribution, and reproduction in any medium, provided the original author and source are credited. 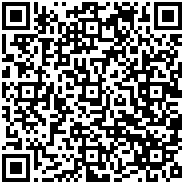