Copyright: © 2017 Bereka SG, et al. This is an open-access article distributed under the terms of the Creative Commons Attribution License, which permits unrestricted use, distribution and reproduction in any medium, provided the original author and source are credited.

Background: Anemia prevalence varies by place of residence Ã¢Â€Â’ a higher proportion of women in rural areas are anemic as compared to those in urban areas. The main objective of this study was to identify and analysis the prevalence and associated risk factors of anemia among pregnant women in rural part of Jigjiga city, eastern Ethiopia. Method: Among 417 pregnant women, a cross-sectional study was done from August to December 2015. A structured questionnaire was used to collect data related to socio-demographic characteristics, medical, obstetric and dietary practices. Haemoglobin levels of pregnant women were determined by applying HemoCue photometer. Statistical analysis was conducted with SPSS-version 21. Result: Of the total respondent 63.8% were anemic. The multiple logistics regression analysis showed that gravidity (AOR=2.07; 95% CI: 1.30-2.91); mother’s age (AOR=2.4; 95% CI: 0.01-4.06); family size (AOR=2.12; 95% CI: 1.11-3.31); third trimester (AOR=2.1; 95% CI: 1.07-5.04); iron supplementation (AOR=1.30; 95% CI=1.01-4.01); mid-upper arm circumference of less than 23 (AOR=0.57; 95% CI: 0.20-0.89) and body mass index (AOR=2.03; 95% CI: 2.00-3.81) were significant predictors associated with anemia among pregnant women. Conclusion: Based on World Health Organization (WHO) in the study area anemia was a major public health problem (prevalence greater than 40%). Hence, we recommended that nutritional education and also education about risk factors of anemia should be done.

Anemia is a disease which characterized by a low level of haemoglobin in the blood. In turn haemoglobin is a bio-pigment found in red blood cells which used to transporting oxygen from lung to different organs of our body. Anemia in pregnant women may lead to different problems such as premature delivery and low birth weight [1].

Many studies found that anemia in pregnant women depend on many risk factors. For instance, mother’s age, number of pregnancy, soci-economics status and trimester as potential risk factors of anemia. In determining their anemia status haemoglobin (Hb) concentration in the blood is the most dependable pointer [2].

Anemia is worldwide disease Even though women and under-five children are mostly affected by anemia; it can also touch all individual at any stage of life. The prevalence among these two groups is high in developing and also in developed countries [3].

Anemia globally affected 1.62 billion people. Of these, 56 million anemia cases were found in pregnant women [4]. In relation to maternal mortality, anemia contributed to 115,000 deaths per year [5].

When we come to the developing world, anemia prevalence is estimated to be 43%. A 30% of total global cases were found in Sub- Saharan Africa [6].

Ethiopia in general, and in Somali region in particular anemia is a public health problem. This can be seen from Ethiopian demography and health survey [1] 17% of Ethiopian women and 44% of women from Somali region of age 15-49 are anaemic. The report further indicated that anaemia prevalence is high in rural area (18%) than in urban (11%).

Even though anemia in pregnant women well studied, they mainly focused on urban areas. Since prevalence is high in rural that in urban areas, investigation of anemia determinants is paramount important. Moreover, the Somali region is characterized by high prevalence of anemia (p=44%) [1]. Thus, the main objective of this study was to identify and analysis the prevalence and associated risk factors of anemia among pregnant women in rural part of Jigjiga city, eastern Ethiopia.

Facility based survey was conducted from 1st of August to 31st of December, 2015.

The required number of pregnant women for study was obtained as:

The study subjects were pregnant women in the rural area of Jigjiga town that fulfil the inclusion criteria.

Pregnant women of all trimesters, who were able and voluntary to provide information, were included.

Pregnant women have anaemia diagnose of anaemia and severely ill.

Structured questionnaires were used to obtained information related to socio-demographic characteristics, medical, obstetric and dietary practices. The questionnaire was initially developed in English and then translated into the local language (i.e., Somali language). To ensure validity, the questionnaire was retranslated back to English. The data collectors were BSc holder health professionals. Before proceeding to data collection, training was given to the collectors for quality assurance purposes. The principal investigator had supervised the data collection process.

The methods that are generally recommended to determine the anemia status in rural surveys with insufficient infrastructure are the cyanmethemoglobin method and the HemoCue system. In determining the concentration of haemoglobin in the blood HemoCue system is more preferable and reliable method. Anaemia status of pregnant women is determined by measuring haemoglobin level in the blood.

To ensure data quality, the questionnaire was pre-tested and two day long training was given to data collectors. Closer supervision was undertaken during data collection.

If prevalence of anemia greater than 40% ? major public health problem [7].

If prevalence lies between 20 and 40% ? medium-level public health problem [7].

Description of variables under study

The explanatory variables to be analysed in this study were grouped as socioeconomic, demographic, dietary, obstetric and gynaecological history related factors (Table 1).

A logistic regression model was good to fit when the dependent variable has categories outcomes [8,9]. Logistic regression analyses were fitted at bivariate and multivariate level to find out factors associated with anemia status of pregnant women.

This research was operationalized after obtaining ethical clearance from Jigjiga University, research and ethical review committee and district health bureau. In addition, informed consent obtained from each participant after they informed the aim of the study and tell them they have the right to terminate the interview at any time. All information’s and results was be kept secret/confidential.

The ranges of the respondents age was 15 to 39 years, with a mean of 22.9 and a standard deviation of 3.9 years. The mean ages of the mothers currently and at first marriage were 22.9 and 16.5, respectively. The majority of the women in the sample (96.7%) were married. Regarding mothers’ educational level, 301 (72.2%) had no formal education while the remaining (116) were had educational level of primary and above. Of 417 respondents, 113 (27.1%) obtained drinking water from pipe and 398 (95.4%) had agricultural farm land. The average family size, number of pregnancies and number of children of the households were 6.8, 5.91 and 4.21, respectively. About 22% of the women were engaged in agro-pastoral and pastoral activities. Moreover, 36.5% of the responding women were house-wives and 32.2% of them were milk and fuel wood sellers (Table 2).

Anaemia prevalence of the respondents

A according to World Health Organization pregnant women were considered as anemic if hemoglobin <11.0 g/dl. 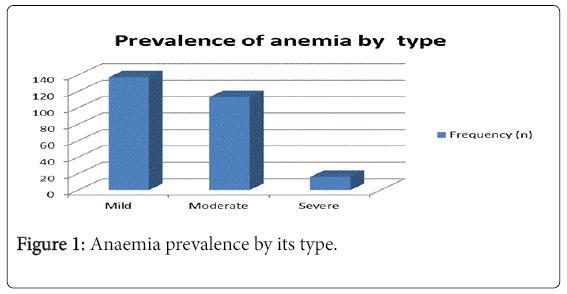 Figure 1: Anaemia prevalence by its type. 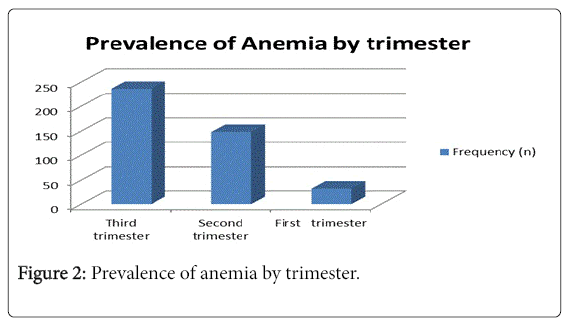 Figure 2: Prevalence of anemia by trimester.

Of the total respondents who participated in this study 63.8% were anemic. This result based on WHO [7] anemia is a major public health problem (P>40%). The overall prevalence of anemia obtained in this study was higher than a study conducted in in Arsi, Ethiopia (36.6%) [9], Addis Ababa, Ethiopia (33%) [10] and in Gilgel Gibe, Ethiopia (53.9%) [11]. But it nearly equal with study conducted in Gode, eastern Ethiopia (56.8%) [12], Nigeria (54.5%) [13]. This discrepancy may raise from the current study were considered only pregnant women from the rural side.

Age was found as risk factor of anemia. In this study women age above 35 for first pregnancy highly positively related with anemia. A study conducted by Banerjee [14] in India was also showed that a direct association between age and anemia. This may be as age increase there is chance of losing micronutrient which leads to be less nutrient and be anemic.

The study revealed that age at current pregnancy (trimester) were found to be important variables. As trimester increased the chance for developing anemia was also increased. This result was supported by a study conducted in Saudi Arabia by Rasheed [15] and India by Banerjee [14], which both showed that a high prevalence in the second and third trimester. This may be gestational age increases pregnant women shared their resource with fetus which may expose to decreasing iron.

This study revealed that as parity increased the chance of developing anemia among the respondents increased. For instance, pregnant women with parity 5 and above were highly to be anemic as compared with those with 1. Studies conducted in Kenya [16], Ethiopia [17], Tanzania [18], Egypt [19] and Nigeria [20] in line with this finding. This would be at each delivery there is a loss of blood and which may lead to decrease iron reservation.

In this study family size and anemia revealed a positive relation. For instance, pregnant women with family 4 and above were more likely to be anemic as compared with those with 2 and less. This finding is in opposite when we come to a study conducted in Jordan [21]. The latter showed that, there were no a significant variation between family size and anemia.

The finding from this study revealed that number of pregnancies (gravidity) was associated with anemia. The odds of developing anemia were higher among women with 5 and above pregnancies as compared with those who had 3 pregnancies. A number of studies Gode [12], Saudi Arabia [15] and India [14] found that a positive relationship between gravidity and anemia. This could be as number of pregnancies and deliveries increased there may be a loss of iron and others basic nutrients increased which lead them to develop anemia.

MUAC and anemia has a negative relationship. For instance from the current study pregnant women with MUAC greater or equal to 23 and between 21 and 23 were less by 57% and 45% risk of developing anemia as compare with less 23. This result is also consistent with a study conducted in Gode [12]. The finding can explained as MUAC less 23 could be less micronutrient and have a higher chance to develop anemia.

The study revealed that pregnant women with less than18.5 body mass index (BMI) were highly exposed to be anemic. Different studies conducted in Ethiopia [17], Tanzania [18] and Egypt [19] which showed that BMI as a significant factors of anemia. The result may be explained as those who had less BMI exposed to be under nutrition, which will lead to develop anemia.

The study was institutional based study. Further study should be conducted based on community level to make this finding stronger.

Based on World Health Organization (WHO) in the study area anemia was a major public health problem (prevalence greater than 40%). Hence, we recommended that nutritional education and also education about risk factors of anemia should be done.

We are thankful to Jigjiga university and all respondent for their participation this study.