Primary Rectal Cancer from Outside the Rectum

Copyright: © 2014 Cherenfant J, et al. This is an open-access article distributed under the terms of the Creative Commons Attribution License, which permits unrestricted use, distribution, and reproduction in any medium, provided the original author and source are credited.

Rectal cancer typically arises from the epithelial cells lining the lumen of the rectum. Extra-luminal primary rectal cancers are rare and differ histologically from retrorectal and sacral tumors. The current report presents the case of a 44 year-old male who developed adenocarcinoma outside of the lumen of the rectum 38 years after he underwent a pull-through procedure for Hirschsprung’s disease. We hypothesize that the tumor emerged from an excluded, entrapped segment of rectal mucosa at the time of the patient’s childhood procedure.

Rectal cancer is usually diagnosed by endoscopic biopsy. Generally, rectal cancer degenerates from an adenomatous polyp within the lumen of the rectum. Although there are reports of extra-luminal rectal cancer, their incidence and mechanism of development are unclear. We report the case of a 44 year old male who developed adenocarcinoma of his rectum in an inflamed, excluded portion of colorectal mucosa 38 years after he underwent a pull–through procedure for Hirschsprung’s disease. We reviewed the English literature and postulated a mechanism for the growth of his tumor.

The patient is a 44 year-old male with a history of Hirschsprung’s disease that was diagnosed late in his childhood. He underwent a pull-through procedure at the age of 6. It is unclear from the operative report exactly how the anastomosis was created. His post-operative course was complicated by an anastomotic leak, which was managed only with a diverting transverse colostomy without revision of the anastomosis. The leak healed without any surgical intervention and the colostomy was closed within a year. He did well from then on with regular bowel habits.

At age 44, he presented to his primary care physician with a few-week history of intermittent rectal pain. He had no change in his bowel habits. His physical exam was significant only for a non-obstructing, fixed mass palpated in the posterior wall of his rectum. Subsequent colonoscopy revealed an ulcerated posterior rectal wall mass at 10 cm from anal verge. Biopsies of the mass showed colonic mucosa with hyperplastic, serrated surface epithelium mixed with inflammatory exudate. A CT scan showed an extra-rectal mass abutting the sacrum without distant metastases (Figure 1). Due to the inconclusive pathology results, the patient underwent an exam under anesthesia (EUA) with proctoscopy and rectal biopsies. The biopsies again showed colonic mucosa with features of focal epithelial atypia. The patient was referred to our academic medical center for further evaluation and treatment. Figure 1: CT scan showing a heterogeneous mass in the dorsal wall of the rectum nearly occluding the contrast-filled lumen.

An EUA was repeated and demonstrated a large defect in the posterior rectal wall leading to a cavity containing a friable mass suspicious for cancer. The area resembled a chronic abscess cavity near the anastomotic site. Proctoscopy of the proximal rectum revealed no gross mucosal abnormalities. Biopsies of the mass revealed highly reactive atypical epithelial proliferation (Figure 2). A PET/CT scan was preformed and the extrarectal mass was PET avid suspicious for cancer. The right superior sacro-iliac joint and left psoas muscle were also PET avid suggesting direct spread. An MRI showed the extra-rectal mass possibly involving the sacrum and extending posterior to the left psoas muscle (Figure 3). The findings on both scans were consistent with either a neoplastic or an inflammatory process. A CEA level was 1.3. In light of the equivocal pathologic diagnosis with a distant possibility of cancer and persistent rectal pain, the decision was then made for surgical removal of the mass. Figure 3: MRI, T1 image, sagittal view demonstrating the extent of the mass in the pelvis

Due to the patient’s previous colonic pull-through procedure and the possibility that the tumor emanated from the anastomosis, an abdominal perineal resection (APR) with end colostomy was preformed. At operation, purulent material was found behind the left psoas muscle that tracked down to the sacrum, across the sacral promontory and into the right posterior rectal space. A loop of small bowel was adherent and fistulized to the mass. The loop of bowel was resected and re-anastomosed. The cavity behind the rectum contained purulent material and large pieces of friable tissue. The APR was completed and the material scraped out of the pelvis as best as possible.

The pathology result from the resected colorectal specimen was low-grade mucinous adenocarcinoma of rectal origin (Figure 4). There was no lymph node involvement. Tissue samples from the psoas muscle were negative for cancer. His postoperative course was uneventful and the patient was discharged to home six days after his surgery. He subsequently underwent radiation therapy to his pelvis followed by chemotherapy. Fifteen months after his resection, whole-body CT scan shows no recurrence or metastatic disease. Figure 4: Histologic photograph of resected specimen 4X. Much of the resection material was similar to the biopsy specimen. In addition, however, there were large stromal pools of mucin and inflammatory cells. This section, deep to the surface epithelium, contained mucin pools adjacent to incompletely lined glands with a modest desmoplastic response. This was designated welldifferentiated colloid adenocarcinoma.

This is an unusual presentation of an extraluminal rectal cancer with several interesting aspects that merit attention. The tumor was almost entirely extraluminal; therefore typical symptoms associated with large rectal cancers such as constipation, diarrhea, and decrease in stool caliber were absent. Colorectal adenocarcinoma typically evolves from a mucosal polyp. As the polyp enlarges, it can obstruct the lumen. This was not the case with this patient.

Extraluimnal tumors are rare. In this patient, there are two possible explanations. First, the tumor might have evolved from a segment of rectal mucosa excluded at the time of his childhood surgery. The different types of operations preformed for Hirschsprung’s disease involves either bypassing or resecting the aganglionic segment of the bowel with restoration of bowel continuity. The Duhamel Procedure is done by bypassing the diseased segment, which is left in-situ. An end-to-side or side-to-side colorectal anastomosis is preformed leaving retained but excluded rectal mucosa in the pelvis. With the Soave Procedure, the aganglionic segment is excised; the mucosa of the distal rectum and anus is dissected leaving a rectal muscular cuff through which the proximal end of the colon or ileum is brought down and anastomosed to the anus. Incomplete mucosal resection is a risk with this technique. Another common approach is the Swenson Procedure when in the aganglionic segment is dissected. The distal rectum is almost completely removed via an extramural dissection followed by a coloanal anastomosis. All three techniques carry the potential for excluded or entrapped mucosa, which may eventually become atrophied, inflamed, necrotic, or neoplastic. This patient underwent a variant of either a Swenson or a Soave procedure. It is then possible that the cancer evolved from an excluded segment of rectal mucosa near or at the anastomotic line. The cancer grew initially extraluminally and then eroded the posterior wall of the rectum.

Such mechanism of extraluminal tumor growth has been reported in patients with Familial Adenomatous Polyposis (FAP) who undergo restorative proctocolectomy and ileal pouch anal anastomosis (IPAA) with mucosectomy and hand-sewn anastomosis. Multiple reports have documented the occurrence of adenocarcinoma in residual or excluded rectal mucosa following such procedures [1,2]. Residual islets of rectal mucosa after mucosectomy have also been found in the rectal cuff or at the anastomotic line of specimen in pouches that were later excised for other complications such as severe pouchitis, obstruction, etc. [3]. Luminal obstruction may not occur in such cases until the cancer becomes large enough to compress the remaining rectum or the pouch. Thus, it is possible that any surgical procedure wherein original rectal mucosa is excluded, or entrapped outside the lumen may put the patient at risks for extra rectal “rectal cancer”.

Another possibility for the location and the presentation of this tumor is the presence of a chronic sinus tract. The patient had a leak at his anastomotic line that was never revised. It is conceivable that a contained sinus tract persisted from the site of the leak. The tract was most likely lined up by mucosal cells of rectal origin. Similarly to the mechanism described above, the cancer potentially developed from that site, followed an outward path with eventual invasion of the rectal wall and extension into the lumen.

Alternatively, the argument could be made that this was a primary retrorectal tumor that invaded the posterior wall of the rectum. Although the natural history of such tumors is not well documented, the majority of them are neurogenic, cystic, osseous, or inflammatory. However, the pathology of the present mass is adenocarcinoma of rectal origin making a retrorectal tumor unlikely.

The second intriguing aspect of this case lies in the histologic appearance of the biopsies and the difficulty involving a diagnosis preoperatively. No definite diagnosis was established despite large biopsies. The sample contained a spectrum of changes: on one end, there were areas of bland cytology arranged in single cell layers compatible with a simple mucinous cyst. On the other hand, epithelial proliferation and gland architectural irregularity, including serration and branching, were present (Figure 3). In these samples, the cytologic features were remarkably bland. Dysplasia and invasion were not present. Immunohistochemical testing of the biopsy samples for molecular markers such as mismatch repair proteins and epidermal growth factor receptor revealed no abnormality. The decision for a surgical intervention was based on clinical judgment and not on pathologic diagnosis. The pathologic examination of the resected specimen, however confirmed our clinical suspicion that the mass was indeed malignant. Invasive glands were irregularly distributed, and it was only with the extensive and deep sampling available in the resection specimen that they were identified (Figure 4). The constituent cells were remarkably bland and the diagnosis was based on the architectural features of incomplete gland formation, invasion and modest stromal response.

In retrospect, this lesion has morphologic features in common with mucinous neoplasms of the appendix. The latter are frequently cystic lesions lined by epithelium with apical mucin and variable nuclear atypia, cellular stratification and serrated glandular profiles. Mucin pools may be seen in smaller benign lesions, but the accompanying overlying epithelium is flattened rather than papillary.

here are two reported cases of colorectal adenocarcinoma in patients with history of colonic pull-through procedures for Hirschsprung’s disease [4-7]. One report describes a mucinous adenocarcinoma with focal signet ring appearance at the anastomotic line. Dysplastic cells were clearly noted and the diagnosis was straightforward. The second case reports the findings of pseudomyxoma peritonei. The histologic evaluation in this case was rather uncomplicated as well. In comparison to our case, both of these reports although unusual, posed no diagnostic challenge with respect to the pathology of the tumor.

We hypothesize that the tumor evolved from a segment of excluded, entrapped rectal mucosa at the time of the patient’s childhood procedures. The tumor grew extra-luminally and eventually invaded the posterior wall of the rectum. This tumor had an unusual clinical presentation and pathology. The reason for such unusual characteristics remains unknown. Due to the rarity of such presentations, there are no guidelines on the management of such masses. Therefore, one’s clinical judgment is crucial in the approach to a suspicious mass with an equivocal biopsy. 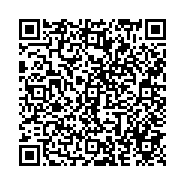