Copyright: © 2016 Shaheen HM, et al. This is an open-access article distributed under the terms of the Creative Commons Attribution License, which permits unrestricted use, distribution, and reproduction in any medium, provided the original author and source are credited.

In the last decade, internet usage has grown tremendously on the global scale. There is increase in popularity and frequency of the internet use [1]. Addictive/pathological use of the Internet is a new and rapidly growing phenomenon [2].

Internet addiction disorder IAD is defined as mismanagement of internet use that causes mental, social and occupational problems [3]. Other theorists recognize a continuum of less severe Internet-related problems, often referred to collectively as “Pathological Internet Use” or “Problematic Internet Use”. PIU These Theorists defined as a maladaptive coping mechanism for stress and psychological distress, resulting in adverse effects on psychosocial functioning [4]. The considerable variance of the prevalence rates reported for IAD/PIU (between 0.3% and 38%) [5], that is may be attributable to the fact that diagnostic criteria and assessment methods vary between countries [6]. However, this marked international variances regarding the prevalence rates of Problematic internet use (PIU) may also be attributed to a measurement bias incurred by a lack of international consistency regarding both the definition and assessment of PIU [7]. In Weinstein and Lejoyeux review [8] reported that surveys in the United states and Europe have indicated prevalence rates varying between 1.5% and 8.2%. Other reports place the rates between 6% and 18.5% [9]. The prevalence rates were sometimes high and sometimes alarming [10]. Study in Riyadh city, Saudia Arabia found the prevalence 5.3%, [11]. Also Study conducted in Minia Governerate, Egypt including 605 adolescent found that the prevalence of PIU among them was 2.6% [12].

Risk factors for Internet addiction have been reported to include age and age of first exposure to Internet use, accessing the internet for the purposes of gaming, Social factors, having internet at home, male gender, university level education and unsatisfactory financial situation [13].

A case control study nested in cross sectional study was carried out in faculty of Medicine, Menoufia University. The study was done during the period from the first of March 2015 to the end of July 2015.

Type of sample: stratified random sample proportionally allocated sampling technique. The sample was collected after calculating the sample size using EPI-INFO program version 7; Total students recorded 2317. The calculated sample was 365 students. Student 378 enrolled in this study. After exclusion of non-respondents [9] the total number of participant was 369. From the academic grades were 210 students and 159 students from the clinical grades.

Each participant was interviewed using predesigned questionnaire including the personal data (age, sex, residence…) presence of parents or their absence e.g. travel abroad, questions about Socioeconomic status according to El-Gelany [15] questions about availability of computer, internet, laptop, smart phone, causes of using internet and computer and questions indicating internet addiction Young scale [16] which includes 20 questions with a scoring of 0-5 for each question with total maximum score of 100. It is a 20-item questionnaire, answered in a five-point Likert scale. It covers the degree to which their Internet use affects the daily routine, social life, productivity, sleeping pattern, and feelings that is during the last six months.

Based on the scoring, subjects were classified into average online user scored 20-49; occasional or frequent problems because of the Internet scored 50-79 points; Internet usage causing significant problems scored 80-100 points. The participants were classified into two groups; Group 1: with problematic use of internet if score more than 50; Group 2: with no online use problem if score less than 50. The effect of internet usage on educational achievement were obtained through reviewing the previous year result through asking the students about the final grade at the end of the previous year.

Human rights and ethical considerations were followed during the study, with total confidentiality of any obtained data. The study was approved by the Menoufia Faculty of Medicine Committee for Medical Research and Ethics. A written consent form was taken from authorities in the Faculty of Medicine, Menoufia University. 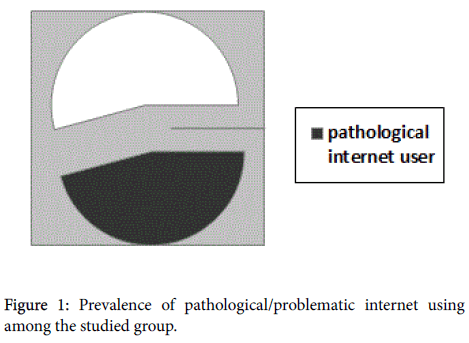 Figure 1: Prevalence of pathological/problematic internet using among the studied group. 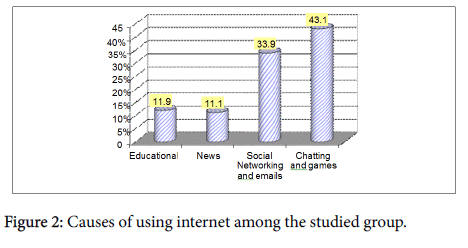 Figure 2: Causes of using internet among the studied group.

There was statistically significant difference between the two groups regarding being males, from urban area, middle and high Socioeconomic status, availability of internet at home, availability of private laptop and presence of private android mobile. They were risk factors for pathological internet using. There was no statistically significant relationship between groups regarding presence or absence of the parents with their families (Table 1).

Table 2: Correlation between pathological internet use and age, SES and academic achievement.

The main predictor of internet addiction in this study was availability of android mobile (Table 3).

Table 3: Predictors of pathological internet use.

There is wide agreement that internet can serve as very essential tools in different daily activities. Considering the explosive growth in internet use among medical students, all students had computers at home with internet accessible in different places. According to the degree of internet use 54.2% of student were normal internet users, 45.8% of students were with pathological/problematic internet user. The main cause for using the computer and the internet in this study was for chatting and games (43.1%), social networking and e-mails 33.9%. Cross-sectional study involved 90 subjects (18-20 years of age) from the first year undergraduate medical student population at Kasturba Medical College Mangalore in India. The prevalence of internet addiction (moderate and severe) was determined to be 18.88%. Majority (57.77%) conformed to mild addiction. The most common purpose for internet use was found to be social networking (97.8%), followed closely by e-mailing (87.8%) [17]. Also Young, study [18] found that the percentage of internet addiction is 11.6%, while problematic Internet users were 34.7%.

This study pathological internet use was more significantly among male than female and having negative correlation to the academic achievement. That was in the same line with results of survey conducted among 1876 Greek university students, aged 18-27 years using eight questions questionnaire from Young’s Diagnostic Test for Internet Addiction including demographic factors and questions about academic performance, computer and Internet use. Men were more likely to be addicted to the internet than women, and internet addicted students were associated with poorer academic performance [18]. Study in Tahran found that male students tend to use internet more frequently than females. The risk of Internet addiction in men was about three times more than women. Some other studies reported that unmarried male adolescents had a higher tendency toward internet usage and were at more risk of internet addiction [19]. Multiple logistic regression showed that significant predictors of IA included increased hours of daily Internet use, increased hours visiting chat rooms, sex pages and blogs, male gender, divorced status, poor grades, and accessing the Internet outside of the home [18]. This can be supported by Tsai [20] who explained that this gender difference is explained by the preference of men to use the internet for sexual satisfaction (e.g. viewing sex pages) more than women do as well as the increased frequency of online gaming compared to that among females. An explanation for the lower percentage among females, involves the fact that female college students often receive more family supervision than males, which may prevent females from spending as much time on the internet.

Given the increased prevalence of access to computers and the internet in homes and schools, Some studies have revealed positive correlations between computer and internet technology and academic outcome [21,22] such as between computer use and children’s fine motor skills [23], self-esteem [24]. However, other studies have found no significant evidence of computer technology use and positive academic outcomes as a study based on a survey given to one million children by Clotfelter, et al. [25] has revealed that high speed internet availability is associated with less educational use of computers and lower math and reading test scores. Academic performance was significantly associated with pathological internet using, and poorer grades were a predictor. As pathological\internet using causes the student loses his capacity to concentrate, most possibly because of late-night internet sessions. 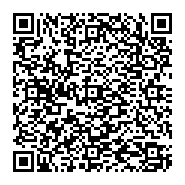