Procalcitonin as a Diagnostic Marker of Infection

Pneumonia is one of the most common causes of morbidity and mortality in the United states, resulting in over 2 million emergency room visits, 1.2 million acute hospitalizations, and over 60,000 deaths annually [1,2]. Even though, viral etiologies are responsible for a large majority of respiratory tract infections in both pediatrics and adult populations, the magnitude and severity of this illness has in large part contributed to the adoption of empiric antimicrobial treatment for any respiratory tract infection. However, this approach has led to the development of antimicrobial resistance, Clostridium difficile infections, and other antimicrobial-associated adverse effects, in addition to increasing costs for patients [3]. The ability to distinguish between viral and bacterial etiologies is needed to ensure the optimal use of antimicrobials in patients; this would help minimize the adverse effects of antimicrobials, while achieving comparable outcomes.

Procalcitonin (PCT) has shown promise as a serum biological marker for risk stratification of patients who are suspected of having sepsis. PCT is released as a result of stimulation by interleukins (IL) 1β, IL-2, IL-6, tumor necrosis factor (TNF) α or lipopolysaccharides [4,5]. In physiologically normal conditions, baseline PCT levels are very low (<0.05 ng/ml); however, during bacterial infections, PCT levels rise, beginning 3–6 hours after the onset of infection and peak at 6–12 hours. PCT levels can rise up to 1,000 ng/ml during septic shock. Importantly, the release of PCT in the blood is enhanced by cytokines such as TNF and IL-6, which are triggered in response to bacterial infections [6]. On the other hand, interferons, which are commonly associated with viral infections, appear to inhibit PCT release [6].

PCT has been extensively studied in respiratory tract infections, including pneumonia. In a multicenter study of 1735 adult patients who were hospitalized with community-acquired pneumonia, higher levels of PCT were more likely to be associated with bacterial infections; patients with PCT >10 ng/ml were 4 times more likely to have a bacterial pathogen than those with low (<0.05 ng/ml) levels [7]. Consistent with these results, in pediatric patients who were hospitalized with pneumonia, a PCT of <0.25 ng/ml was shown to have 96% negative predictive value (95% confidence interval [CI], 93–99), 85% sensitivity (95% CI, 76–95) and 45% specificity (95% CI, 40–50) in identifying children without typical bacterial pathogens [8]. PCT has also shown promising results in distinguishing bacterial from viral etiology in various respiratory infections including CAP, VAP and COPD exacerbations [9-11].

In addition to predicting microbiologic etiology, PCT has also demonstrated utility in providing prognostic information on critically sick patients. In the EPIC (Etiology of Pneumonia in the Community) multicenter study, a large cohort of adults hospitalized with low levels of CAP (<0.05 ng/ml) were associated with low risk of invasive respiratory or vasopressor support (IRVS) within 72 hours of admission. The probability increased to 22% when the PCT levels were high (>10 ng/ml) [12]. PCT was also shown to be associated with the severity of pneumonia, as assessed by clinical scoring criteria such as Pneumonia severity index (PSI) [13]. Emerging evidence suggests PCT can distinguish sepsis from non-infectious SIRS in general critical care patients [14-17].

Based on these and other studies [18-20], several PCT-guided algorithms have been developed for the treatment of patients with pneumonia. The recommendations in these studies discouraged the use of antimicrobials for patients who had serum PCT levels <0.25 ng/ml. A recent meta-analysis showed that the implementation of PCT-based algorithms may lead to reduced antimicrobial use in critically ill patients without compromising outcomes [9]. The effects of PCT-guided algorithms were sustained and there was reduction in antimicrobial use and exposure (40% as compared to 72% p<0.0001) as well as 6 months later (relative ratio 0.76, p 0.0004) [10]. The use of antimicrobials in patients who had developed ventilator associated pneumonias (VAP) and also in patients presenting with COPD exacerbations was safely decreased with the use of these algorithms.

Even in the outpatient setting, the use of antimicrobial prescribing algorithms based on PCT levels were shown to safely decrease the use of antimicrobials in patients presenting with respiratory tract infections [21,22]. Thus is aided in risk stratification of these patients helped clinicians make more efficient diagnostic and therapeutic decisions [14-16].

Thus, PCT is emerging as an important tool in distinguishing between bacterial and viral etiology of pneumonias, both in the inpatient and outpatient settings. It has also shown promise in safely decreasing antimicrobial use in these patients with pneumonia. The role of this important biomarker in these infections needs to be further studied and it has the potential of becoming an important tool in the diagnosis and management of pneumonias.

Copyright: © 2017 Malhotra P, et al. This is an open-access article distributed under the terms of the Creative Commons Attribution License, which permits unrestricted use, distribution and reproduction in any medium, provided the original author and source are credited. 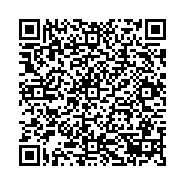