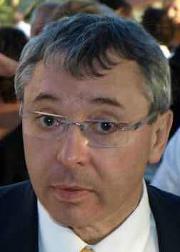 Submit manuscript at https://www.scholarscentral.org/submissions/biopolymers-research.html or send as an e-mail attachment to the Editorial Office at [email protected]

The Journal of Respiratory Medicine is a monthly, peer-reviewed, open access journal on respiratory system and its related diseases in human. The journal is aimed to showcase all the timely research findings on clinical and academic studies for an effective contribution in the field of medical sciences. Journal of Respiratory Medicine represents itself as the timely resource on respiratory system and provides a wide range of research scope in medical sciences.

The journal shelters most of the crucial topics related to respiratory system, which includes Pulmonology, respiratory diseases, therapeutic interventions, pediatric medicine, epidemiology, immunology and cell biology, physiology, occupational disorders, Drugs for respiratory system. The journal is determined to maintain an exceptionally high standard in terms of facts and ethics and such managing consideration will assist in the improvement of the quality of the journal. Accuracy and authenticity in the scientific communications will be valued above all nominal needs of the journal.

The journal expects original contributions from authors, which should be timely, relevant and impactful. The selection criteria for such novel findings will be determined by the process of critical peer-review process. The journal is having a well-constructed and active editorial board, which includes highly reputed personnel in terms of experience as well as expertise in the field of respiratory biology. It is our urge to maintain a world-class quality in workflow hence, we have set up the journal in house with topic specific experts. We have also added section editors and guest editors to make the approach successful. Journal of Respiratory Medicine journal is encouraging authors to contribute relevant research works within the scope of the journal and also to assist in the development of knowledge base on respiratory system studies.

Pulmonology is known as respiratory medicine, which is considered as a internal medicine (dealing with the prevention, diagnosis, and treatment of adult diseases). Pulmonology is related to intensive care medicine which is a branch of medicine that deals with diagnosis and management of life threatening condition such as organ support and invasive monitoring.

Bronchodilator is a device that contain a substance that enlarge bronchi and bronchioles, decreasing resistance in the respiratory airway and increasing airflow to the lungs to make breathing easier. Bronchodilator may be originated naturally within the body or they may be used for the treatment of breathing difficulties. They are useful in obstructive lung disease such as asthma and in chronic obstructive pulmonary disease.

Cardiopulmonary Resuscitation is an emergency procedure that combines chest compressions often with artificial ventilation in an effort to manually preserve intact brain function and to restore spontaneous blood circulation and breathing in a person who is in cardiac arrest.

Chronic Obstructive Pulmonary Disease is a general term used to describe progressive lung diseases, which include emphysema, chronic bronchitis, refractory (non-reversible) asthma, and some forms of bronchiectasis. This disease is characterized by increasing breathlessness.

Acute (or Adult) Respiratory Distress Syndrome  is an acute inflammatory lung trauma which promote to increase pulmonary vascular permeability, increased lung weight and loss of aerated lung tissue. ARDS triggered by various pathologies such as trauma, pneumonia and sepsis. Symptoms include shortness of breath, fast breathing and low oxygen level in the blood.

Bronchitis and Bronchiolitis caused by viruses and bacteria. Bronchitis causes inflammation of an upper respiratory tract infection by viral agents such as influenza, rubeola, rubella, pertussis, herpes simplex virus, rhinovirus, scarlet fever and typhoid fever, H influenzae and S pneumoniae. Bronchiolitis is a viral respiratory disease or inflammation of the bronchial tree and it is primarily caused by respiratory syncytial virus. Other viruses, including parainfluenza viruses, influenza viruses and adenoviruses (as well as occasionally M pneumoniae) are also known to cause bronchiolitis.

Idiopathic Pulmonary Fibrosis is a chronic irreversible and ultimately fatal disease characterized by a progressive decline in lung function. The term pulmonary fibrosis means scarring of lung tissue that causes shortness of breath.

Polysomnography is a type of sleep study which is used as a diagnostic tool in sleep medicine. The test used for polysomnography is called polysomnogram which is a tool that records the biophysiological changes during sleep in multidisciplinary manner. This test used for the people suffering from circardian rhythm any types of sleep disorder narcolepsy, idiopathic hypersomnia, and periodic limb movement disorder (PLMD), parasomnias, and sleep apnea.

Emphysema is a serious respiratory disease caused by smoking, people who suffer from emphysema have trouble exhaling air from their lung. Alveoli are damaged of a person who suffers from emphysema. It evolves slowly over the year. Over time inner walls alveoli (air sac) become weaken and get rupture. Thus creating larger air spaces instead of small ones resulting reduced surface area of the lungs, in turn, the amount of oxygen reaches to bloodstream become less.

Sarcoidosis is a disease in which abnormal collections of inflammatory cells form granulomas. The disease usually begins in the lungs, skin, or lymph nodes. Less commonly affected are the eyes, liver, heart, and brain. Different organ may have different signs and symptoms. Symptoms like wheezing, cough, shortness of breath or chest pain occur when it affects the lungs.

Radiotherapy uses high-energy rays to treat disease. Radiotherapy used to treat cancer. It can be given both externally (high-energy x-rays at the affected area using a large machine and internally (radioactive material placed inside the body close to cancerous tissue).

Pneumonia is an inflammatory infection in the lung that affects the air sac known as alveoli that are filled with pus or fluid making it difficult to breathe. Pneumonia is caused by numerous factors, such as environmental contaminants and autoimmune diseases, as well as infection. Pneumonia is usually caused by infection with viruses, bacteria or fungi and less commonly by other microorganisms. Signs and symptoms of pneumonia include fever, sweating, shortness of breath and chest pain.

Cystic Fibrosis is a genetic disorder that affects the lungs, pancreas, liver, kidneys and intestine. Cystic fibrosis is inherited in an autosomal recessive manner. It begins when both copies of the gene for the cystic fibrosis transmembrane conductance regulator (CFTR) protein get mutated. Sign and symptoms include difficulty in breathing, coughing up mucus, fatty stool, clubbing of fingers and toes. The condition is diagnosed by a sweat test and genetic testing.