Copyright: © 2015 Chao HC, et al. This is an open-access article distributed under the terms of the Creative Commons Attribution License, which permits unrestricted use, distribution, and reproduction in any medium, provided the original author and source are credited.

Psoas abscess (PA) is encountered infrequently in children. Pyogenic psoas abscess is most commonly a primary process associated with Staphylococcus aureus in children. Herein we present a female adolescent of secondary psoas abscess associated with ruptured retrocecal appendicitis, and it was successfully treated by broadspectrum antibiotics and prompt surgical intervention. The patient was a case of ruptured appendicitis with successful conservative treatment. The patient missed the follow-up schedule for elective interval appendectomy. Two years later, she presented with fever, limping gait, and right flank pain. Ultrasound revealed fixed dilated bowel loops, a fecalith and a heterogeneous hypoechoic lesion (3.7×3.6×3.3 cm) at right psoas muscle, suspecting PA. The patient received intravenous antibiotics for 2 weeks and made an excellent recovery. A follow-up ultrasound showed complete resolution of the abscess. The patient missed the schedule for interval appendectomy again, and same symptoms recurred 4 months later. Laboratory data indicated leukocytosis and marked elevation of serum Creactive protein. Computed tomography scan of the abdomen showed a gas-containing fluid collection within the right psoas muscle, and connecting with a dilated appendix. Laparotomy with appendectomy and tube drainage of the abscess was done, and the patient had uneventful recovery. The bacterial culture of pus grew Enterobacter cloacae. The patient discharged eight days after surgery. Neither abdominal symptoms nor evidence of recurrent PA on follow-up ultrasound was observed in the later years.

Pyogenic psoas abscess (PA) is rare in childhood. PA is caused by primary hematogenous spread or secondary adjacent infectious sources. 75% of psoas abscesses in adults have been reported to originate from secondary causes [1]; Crohn’s disease is the most common cause of secondary PA, other conditions implicated are diverticulitis, appendicitis, osteomyelitis of adjacent ribs or vertebrae, colonic carcinoma and pancreatitis [2-8]. In contrast with the adult population, primary PA accounts for the vast majority of pediatric cases, with Staphylococcus aureus the pathogen most frequently isolated [9-12]. Secondary PA is unusual in children, but surprisingly, acute appendicitis, although among the most common surgical emergencies in children, has rarely been discussed with such unusual presentation, especially in the pediatric age group.

We report a case of secondary PA after ruptured retrocecal appendicitis in a child and discuss the diagnosis and treatment of this disorder. Our case had been treated with antibiotics alone and made an eventful recovery. Surgical drainage of psoas abscess was required in our patient because of its frequent recurrences.

A 13 year-old girl is a patient who had been admitted and treated successfully by non-operative management with antibiotics for suspecting perforated appendicitis with intraabdominal abscess three years ago. The patient complained of abdominal pain at right lower quadrant (RLQ) of abdomen for 4 days and fever for 3 days. Physical examination indicated tenderness and rebounding pain at RLQ of the abdomen. Abdominal radiography demonstrated a fecalith and small bowel dilatation. Ultrasound revealed fixed dilated bowel loops, a fecalith and a heterogenous hypoechoic lesion (4.6 ×3.5×3.3 cm) in RLQ of the abdomen, suspecting ruptured appendicitis with retroperitoneal abscess. The patient received intravenous broadspectrum antibiotics (cefamezine and gentamycin and metronidazole) for 2 weeks during hospitalization. She had been free of abdominal symptoms since the second week of admission and had uneventful course on the following month. Elective interval appendectomy was scheduled, but the patient missed the follow-up schedule. Two years later, she presented with fever, limping gait, and right flank pain for 3 days. An abdominal ultrasound showed a heterogenous hypoechoic lesion (3.7×3.6×3.3 cm) at right psoas muscle, suspecting PA. Previous appendicitis-related PA formation was highly suspected. The patient’s parents refuse to do laparotomy surgery for possible post-operative complications, while accepted the future interval laparoscopic surgery for appendectomy. She was treated with intravenous antibiotics (ceftriaxone and metronidazole) for 2 weeks and made an excellent recovery. She continued to receive antibiotics with oral augmentin and clindamycin for one week after she was discharged, and a follow-up abdominal ultrasound showed complete resolution of the abscess. The patient was arranged laparoscopic surgery for interval appendectomy in the next month.

She had missed the surgical schedule again due to an episode of upper respiratory infection. Unfortunately, 4 months later, she was readmitted with a 2-day history of fever, limping gait and pain in the right groin. Laboratory data showed leukocytosis with a white blood cell count of 13,800/mm3 (82% neutrophils), and elevated C-reactive protein level, 175.2 mg/dL. Computed tomography (CT) scan of the abdomen showed a gas-containing fluid collection within the right psoas muscle, and connecting with a suspecting dilated appendix (Figure 1). Frequent complicated recurrence and percutaneous CTguided drainage is improper because of multi-loculated cavity with thick pus revealing by CT scan. The patient was transferred to our pediatric surgical department for further management. Laparoscopic surgical drainage of the psoas abscess was performed on the second day of admission by transperitoneal approach. Conversion to open laparotomy during operation was made because of a fragmented appendix where the appendiceal base and psoas abscess cavity could not be identified well and a dense inflammatory mass which seemed to be creating a pseudotumor around the cecum and psoas muscle. Appendectomy with tube drainage of the abscess cavity was done, and the patient had uneventful recovery. The psoas fascia was incised, and the muscle was split open. About 3 ml of pus with turbid granulation tissue was drained and scooped from the cavity and sent for culture sensitivity and pathologic examination. The cavity was irrigated and drained. Appendectomy with tube drainage of the abscess cavity was performed. The fever subsided 2 days after surgery. The postoperative course was uneventful. The bacterial culture of pus grew Enterobacter cloacae . Pathology of the granulation tissue showed marked acute and chronic inflammation, and the transected appendix showed fibrosis of the appendiceal wall and serosa. The drain was removed on the seventh postoperative day, and the child was discharged eight days after surgery in general good condition. Follow-up ultrasound in the later months showed complete resolution of the abscess. She is presently doing well without any abdominal symptoms during a 2-year follow-up.

PA is rare and presents a diagnostic challenge with a high index of suspicion [13]. The characteristic triad of limp, fever, and pain described by Mynter in 1881 remains the commonest clinical presentation in childhood [13].

PA formation as a consequence of retrocecal appendicitis in children has been rarely described and it remains one of the most serious but unusual complications of acute appendicitis [14]. The formation of retroperitoneal abscesses involving psoas muscle have been reported mostly in adult patients [15-18].

There is no consensus regarding the optimal treatment for children with perforated appendicitis. Much heterogeneity exists among pediatric surgeons regarding choice of antibiotics, duration of treatment, route of administration, and duration of hospitalization. The major goal of non-operative therapy is to limit the inflammatory response and sepsis in these patients [21,22]. Initial non-operative management with antibiotics and /or abscess drainage for some children presenting with perforated appendicitis with abscess has been shown to be safe and effective in these situations [23,24]. Interval appendectomy has been offered because of the perceived risk of recurrent appendicitis. In our institute an elective laparoscopic appendectomy has been a standard practice to carry after 8-12 weeks following conservative treatment of a ruptured appendicitis with abscess. Although the need for further interval appendectomy in children with perforated appendicitis who has been successfully managed non-operatively is controversial [25,26]. Some studies report recurrence rates after non-operative management of appendicitis ranging from 6% to 43%, and all recurrence occurred within 3 years of initial diagnosis with 80% recurrence occurring within 6 months of the initial episode of acute appendicitis [23,24].

Traditionally, psoas abscess has been treated by extraperitoneal operative drainage. A combined treatment of ultrasound or CT-guided percutaneous drainage and systemic antibiotics for psoas abscess has been successfully recently and has become the preferred method for treatment [27]. PA that is smaller than 3 cm in greatest diameter may be managed successfully with antibiotics alone [27]. A percutaneous drainage is improper to manage the psoas abscess in our patient because of its multi-loculated cavity with thick pus revealing by CT scan. Only one report showed that a psoas abscess was effectively drained laparoscopically through an extraperitoneal approach [28]. 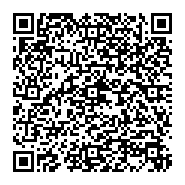