Copyright: © 2017 Jeppesen ERN, et al. This is an open-access article distributed under the terms of the Creative Commons Attribution License; which permits unrestricted use; distribution; and reproduction in any medium; provided the original author and source are credited.

Within the field of diagnosing lung cancer it is essential to use the newest technology and as fast as possible to diagnose and direct patients to correct treatment. And, importantly, this should be done gently. Most patients experience fear when facing the possibility of suffering from lung cancer, but also the thought of undergoing bronchoscopy may provoke fear. Prior to the current study, music has been investigated in relation to bronchoscopy with different outcomes and with contradictory findings [1-4]. Music is a low-cost and a lowrisk intervention. We hypothesized that MusiCure would reduce anxiety and that as a result of reduced anxiety, patients undergoing bronchoscopy would lie more still, and so it would be easier to get the necessary material, and fewer reexaminations would be needed. “MusiCure-music as medicine” is music composed by the Danish composer Niels Eje and his aim is to compose music that is relaxing and soothing.

We found no significant differences between the groups on anxiety measured with STAI (Spielberger´s State-Trait Anxiety Inventory) when corrected for gender and baseline anxiety (Table 1). Neither did we find any significant differences between the groups in head, body, leg or arm movement, measured by Actigraphs (GT3X+), which were attached to the patient’s head, hip, ankles and wrists. In the current study, the staff attending the bronchoscopy, who actively held the patient’s hands and head to calm the patient, could confound measurement of movement. In addition, the sensor on the head was found to easily fall off.

Surprisingly, we found a significant difference in number of reexaminations. Significantly more patients required re-examination in the control group without music compared to the music group (19.2% (14 of 73) and 7.7% (6 of 78), respectively; p<0.032), with a 2.49 times higher odds ratio of reexamination among those in the no-music group (Figure 1). 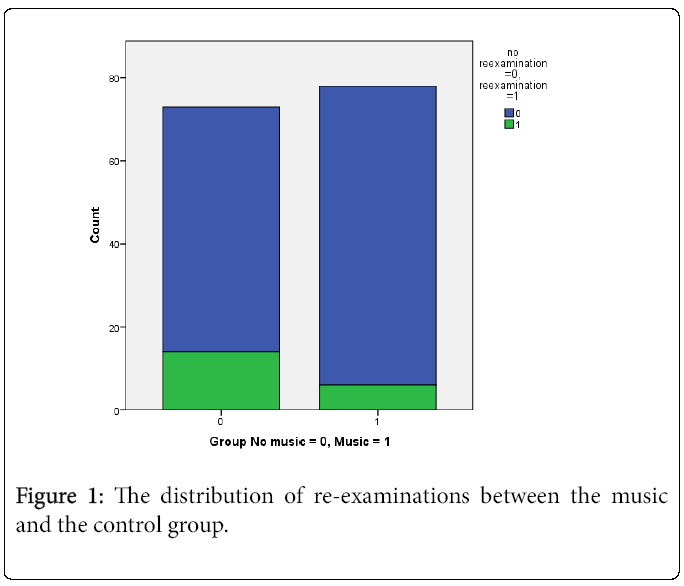 Figure 1: The distribution of re-examinations between the music and the control group.

Dubois et al. [1] reported less coughing when patients listened to music while undergoing bronchoscopy. Less coughing can make it easier to get relevant and sufficient biopsies. We had no sensors on the thorax. Less coughing could be the cause of fewer re-examinations.

These thoughts, amongst others, have led to a follow-up study where we have added an exclusion criterion, so to participate in the study there must be no earlier history of bronchoscopy. In the follow-up study there is a sensor on the thorax, but no sensors elsewhere. We have also added a third study group with self-selected music. In addition the period for following up on re-examinations has been extended. In the ongoing study it has been extended to 28 days. The data collection period is expected to terminate by the end of 2017.

A re-examination is a high-cost affair both as regards the expenses incurred in performing one more investigation, but also a high-cost affair for the patient awaiting the diagnosis, as the period of uncertainty is extended. Furthermore, re-examinations also extend the period before the final diagnosis, which is crucial in cancer diagnostics. It is therefore of interest both to the healthcare system and to the patient to minimize the number of re-examinations and if music is a solution it is a low-risk and a low-cost intervention.