Copyright: © 2013 di Norcia. This is an open-access article distributed under the terms of the Creative Commons Attribution License, which permits unrestricted use, distribution, and reproduction in any medium, provided the original author and source are credited.

Origin and Organization of Legal Codes

a) Legal systems or Law Codes are creations of states; but there are different kinds of States: depending on whether political [1] power is based on Divine Right (Theocracy), one man rule (Dictatorship), dynastic rule (Monarchy), elite power (Aristocracy/oligarchy), wealthy elites (plutarchy), a ethnic group dominance (nationalism), or the majority of the people (democracy). Most states usually involve a mix of these elements.

b) A principal purpose of a Legal Code is to constrain the State’s monopoly of legal force, to secure peace, and the common good. States [2] enjoy Sovereignty, or supreme Authority to determine the public interest of the commonwealth [3]. It enjoys rule over all private organizations, some of which compete with the State for supremacy, such as corporations, religions, ethnic groups, etc. The State creates courts, tribunals and appoints judges to determine whether any laws are violated in particular cases, and what punishments or sentences should apply, given the facts of the case.

c) Law Codes can be divided into constitutional, criminal and civil law. Constitutional Law structures the State, its bodies and their powers, and democratic freedoms (See Appendix: The Canadian Charter of Rights). Laws [4] are usually created by legislative assemblies, such as Britain’s Houses of Commons, the U.S. House of Representatives or the Roman Comitia (Popular Assemblies). Upper Houses like Senates or the House of Lords usually have greater powers than lower houses.

e) Laws should be relatively short and clearly written, so that the average citizen can understand them. Unfortunately many laws today are so long, complex, and full of obscure technical jargon that only legal experts like lawyers can actually understand them. The more complex, obscure laws are, the less they are compatible with the efficient government of society or democracy.

f) A Law Code should have as few laws as possible. But the legal systems in most modern states contain thousands of statute laws and administrative regulations. They are bloated, overly complex, and often unintelligible. To reduce the size of Law Codes secondary statutes should be reviewed every 20 to 25 years, to determine whether they need updating. If not reviewed they should be automatically removed from the Code. Constitutional and basic criminal and civil law should in contrast stay in force until expressly removed by the State.

g) Legal systems presuppose the invention of writing as well as the states. Law Codes were written to better fix their wording, reduce conflicts between new and old laws and facilitate their interpretation by courts and the citizenry. It was in fact the invention of writing in the ancient Mesopotamian states to the first written law codes. A round 2000 BC Hammurabi had 282 laws carved onto pillars in Babylon where people could read them (see Appendix: Hammurabi’s Code).

h) Prior to the invention of writing tribal societies had oral laws, based on the sayings of Tribal Chiefs or Elders (in Latin, on their ‘dicta’). But oral dicta vary in wording and are open to wide, often inconsistent, interpretation. That is why tyrants are called dicta-tors. They rule by oral fiat.

i) Since justice [5,6] delayed is justice denied trials should be short, and held within a month of arrest or charge (See Appendix: A Roman Trial). Most Trials should last a day or two, and major trials no more than a month. Prosecution and defence counsel should be allowed no more than a day or two’s extension of a trial’s duration. Courts should admit all relevant evidence/material information.

j) International law is needed to constrain and regulate relations between sovereign States, negotiate conflicts, prevent war, and punish war crimes and crimes against humanity and regulate the global natural environment. So an international court and government are needed.

a) Legal Systems should incorporate fundamental moral values such as justice [7], equality, the common good, security, openness and liberty (See Appendix: The Canadian Charter of Rights).

b) Laws are not inherently moral. Indeed there are many immoral laws, such as the racist laws of the 1787 US constitution’s acceptance of slavery, anti-Semitic laws in Nazi Germany, and South Africa’s apartheid law, tax law loopholes favouring special interests, declarations of unjust wars [8] like World War I, the Vietnam war, and laws that enable Soviet Russia overthrow democratic governments in eastern Europe, and the US in Guatemala and Chile.

c) Open communication and informed choice should govern Legal Systems and their administration. States should inform the people of laws, and laws should be intelligible by ordinary adults. Courts should communicate all evidence to both the accused and the prosecution well before a trial.

d) Justice a key moral value in legal systems, but it varies in meaning. Retributive Justice favours the maxim that the punishment should fit the crime, but it should go beyond an eye for an eye (see Appendix: Hammurabi’s Code). Since the aim of criminal law should be to reduce and prevent crime rehabilitation, re-education, fines, house arrest, victim/offender reconciliation, maintaining employment and families, should be preferred to imprisonment, and incarceration should be shorter rather than longer. Prisons moreover should focus on rehab and education, rather than punishment, except for the most violent repeat offenders.

e) Justice in exchange should govern the forms and social institutions of communication, cooperation, competition, and commerce. Distributive Justice should regulate the allocation of public (and private) resources according to need, welfare, merit, representation, as well as efficiency and gain. Distributive justice holds that society’s resources should be fairly distributed to a population, viz., according to their needs, merit, deserts, or social representativeness, and should not be unfairly distributed, e.g., prejudiced by race, gender, age, etc.

f) As Law and society are the work of nature, legal systems should protect, conserve and enhance natural environments. Nature must therefore be recognized in law, as the source of human life, and a limit on human behaviour. Animals and species should have legally protected rights to survive, reproduce, not suffer unnecessarily, and not be pushed by a society to extinction.

g) From Roman times Nature has been said to ultimately legitimize the law. This belief underlies the Social Contract myth. European philosophers like Thomas Hobbes [9], John Locke [10] and Jean-Jacques Rousseau, maintained that the state rested on an ancient ‘Social Contract’ which was agreed to by humans in a so-called State of Nature, or what John Rawls’ called the ‘Original Position.’ Their mind is said to be like a tabula rasa or blank slate, ignorant of normal social life. The Scottish Enlightenment philosopher David Hume [11], himself an accomplished historian, famously noted that there is no evidence that any such event ever took place. It is moreover inconsistent with evolutionary science. The real purpose of the Social Contract [12] myth was probably to legitimize the modern State’s Sovereignty against warring Churches during the European Reformation and its bloody aftermath.

h) To the extent that laws are created by a State’s legislative Assemblies persons in that society are legally obliged to obey those laws, that is, under penalty of legal sanction. That obligation to obey laws is moral only to the extent that a law embodies moral values such as those noted above. 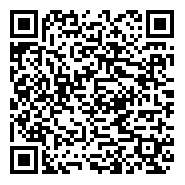