Objective: Thalassemia is an important hematological disorder. The possibility of iron overload development may be increase by Interaction between thalassemia and HFE gene mutations. This study aim to investigate the possible association between serum hepcidin level as indicator of iron concentration and the presence of HFE gene mutations.
Methods: The study contains two groups, group I: include seventy six children with beta thalassemia, group II include 51 apparently healthy gender and age matched children served as controls. Children was passed through full history taking, clinical examination. Complete blood picture, iron, ferritin, hepcidin, renal and liver functions were measured. HFE gene C282Y mutation was assayed by SNP real time PCR.
Results: Frequency of the A genotype and A allele of HFE gene C282Y mutation shows a significant increase in beta thalassemia group in comparison controls. Also, serum Iron and ferritin levels were significantly increase with decrease in hepcidin level in AA when compared to AG and GG genotypes. The splenectomy percent was significantly increased among AA genotype in the patient group. The number and % of patients with ferritin level equal or more than 2500 ng/ml and decrease in hepcidin level as an index of iron overload was significantly increase in patients with AA and AG genotypes.
Conclusion: There were significant negative associations between serum hepcidin levels as indication of iron toxicity and HFE C282Y mutation in Egyptian Beta thalassemia children.

Thalassemias are inherited autosomal recessive disorders due to a defect in α or β-globin chain synthesis characterized by reducing the rate of hemoglobin synthesis [1].

It can result in progressive organ damage in a condition called hemosiderosis leads to growth retardation and delay of sexual maturation in children [3].

So, it is critical to maintain normal iron levels in those children. As in human, iron is unable to be eliminated by the excretory route; iron will be regulated only by intestinal absorption [4].

Mutations in genes involved in the regulation of systemic iron homeostasis may cause an autosomal recessive disorder called hereditary hemochromatosis [5].

Patients with hemochromatosis exhibit increased expression of iron transporters that result in hyper-absorption of iron from the diet with lacking a regulated mode of iron excretion results in systemic iron overload [6].

The hepatocytes secret a hormone called hepcidin, regulates iron level in the plasma. Persistent increase of hepcidin causes ironrestricted anemia, whereas hepcidin deficiency results in iron excess with precipitation of iron in the liver and other parenchyma [7,8].

A useful method for diagnose the patients at higher risk of iron toxicity may be the determination of hepcidin concentrations [9].

A mutation in the Human Factors Engineering (HFE) gene was identified as the cause for around 65% of the cases of classic hemochromatosis in the Mediterranean region [10].

HFE gene located on chromosome 6p [11]. The mutation most responsible for iron overload in the HFE protein is an amino acid substitution of tyrosine for cysteine at position 282 [12].

This study aim to detect the HFE gene C282Y mutation and its relationship with iron excess and hepcidin levels in Beta-thalassemia children.

Subjects: The study conducted on 76 children with β-thalassemia consists of 36 girls and 40 boys on regular packed red cell transfusion came to Menoufia University Hospital, Egypt at Pediatric Hematology Clinic, their age was 7.55 ± 4.24 years.

Excluded criteria include serological evidence of hepatitis B or C, diabetes mellitus thyroid and renal dysfunctions.

29 boys and 22 girls apparently healthy children age and gender matched served as a control group. Their age was 8.31 ± 4.19 years.

Ethical clearance from Faculty of Medicine, Menoufia University ethical committee was obtained and Informed consent was taken from the legal guardians of the included children before participation.

Included patients were passed through detailed history taking and clinical examination. For each participant, body weight and height were measured by the standard methods with estimation of body mass index (BMI=weight in kg/height in m2).

Blood sampling: 7 mL of venous blood were withdrawn from each subject and divided as follows: 3 mL in a vacutainer plain test tube and was left to clot and then centrifuged at 3000 rpm for 10 min, serum was then separated and stored at -80°C until used for measurement of Iron, ferritin, hepcidin, Renal and liver functions. 4 mL of venous blood were delivered in a two vacutainer EDTA-containing tube one for complete blood picture estimation and the other for detection of HFE gene C282Y mutation. The results of this study show a significant lower body weight, height in children with β-thalassemia compared to the controls. Also, a significant difference in number and % of children has be done splenectomy operation in patients group compared to control (Table 1).

Table 1: Comparison between the studied groups regarding demographic and clinical data in patient and control.

Table 2: Comparison between the studied groups regarding laboratory data, iron related parameters in patient and control.

Table 3: Comparison between the studied groups regarding genotype and allele frequency.

There were significant differences among AA, AG and GG types of HFE gene (C282Y) mutation as regard number and % of patients with ferritin level equal or more than 2500 ng/ml as index of iron overload group with AA and AG genotypes have significantly higher rates of iron overload than GG genotype (Table 5).

Table 5: Comparison between SNP of HFE in patients group according to ferritin value as index of iron overload.

Multiple transfusions can lead to the accumulation of excessive iron in the body which needs to be corrected using chelating agents to remove excess iron by excretion [15].

Transferrin is a carrier of iron to be soluble in plasma, however when (transferrin saturation. increases over 45%, new circulating iron species can appear, named non-transferrin bound iron (NTBI), which has a very special kinetics in so far as, it targets with very high affinity the parenchymal cells, especially the hepatocytes [16].

The redox potential of tissue iron as environmental modifier may be the cause of chronic liver disease in hemochromatosis [17].

The aim of this study was to evaluate the frequency of rs1800562 HFE mutation in children with beta thalassemia and the correlation between these mutations with parameters of Iron indices including hepcidin levels.

In the present study There was a significantly increased frequency of the A genotype and A allele of HFE gene (C282Y) mutation in children with beta thalassemia compared to controls.

Less commonly two additional mutations were noted other than the C282Y homozygous mutation, aspartate for histidine (H63D) and cysteine for serine (S65C) [18].

The coexistence of two iron metabolism disturbances, beta thalassemia and C282Y mutation in the present study has no explanation but it leads to an additional overload and an increase of oxidative stress in blood cells which may explain the difference of the clinical course between children with beta thalassemia [19].

In the present study there was no significant difference in genotypes of C282Y rs1800562 mutation as regard gender. Matched with this, the study of Katsarou et al. [24] found no association between the HFE polymorphisms rs1800562 and gender could be established.

In this study in β-thalassemia patients there was a significant decrease of serum hepcidin levels in AA genotype than both AG and GG genotypes.

In accordance with this study Piperno et al. [26] found that mutations of HFE lead to hepcidin deficiency and the adult form of hereditary hemochromatosis.

In the present study there was a significant increase number and % of patients with ferritin level equal or more than 2500 ng/ml as an index of iron overload with AA and AG genotypes.

This can explained by a conformation change in the structure of mutated HFE protein which may prevents the deactivation of transferrin receptor by entering the hepatocyte. So, this receptor will continue to release iron, causing iron overload in the liver [28].

Perhaps liver affection may lead to failure in the production of the liver iron hormone hepcidin in hepatocytes in response to excessive iron absorption from the diet and iron deposition in tissues, causing multiple organ damage and failure [29].

This work shows that as there is a correlation between HFE mutation and hepcidin levels the presence of HFE C282Y mutation may be a predictor of susceptibility to iron overload due to deficiency of hepcidin in Egyptian Beta thalassemia children.

We acknowledge the central laboratory unit, faculty of Medicine, Menoufia University for providing us with the necessary instruments for completion of the study.

Research involving Human Participants. The study was conducted in accordance with the Declaration of Helsinki. All participants provided written informed consent, and the Ethics Committee of Faculty of Medicine, Menoufia University approved the study protocol.

Copyright: © 2017 Badr EAE, et al. This is an open-access article distributed under the terms of the Creative Commons Attribution License, which permits unrestricted use, distribution, and reproduction in any medium, provided the original author and source are credited. 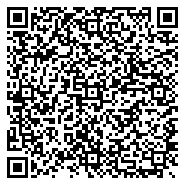