Copyright: © 2016 Alshehri A. This is an open-access article distributed under the terms of the Creative Commons Attribution License, which permits unrestricted use, distribution, and reproduction in any medium, provided the original author and source are credited.

Introduction: Early childhood caries is a multi-factorial disease that involves the susceptible tooth and host, fermentable carbohydrates in the diet, cariogenic micro-organisms and time. The aim of this study was to analyze the influence of socio-behavioral variables on the prevalence of dental caries among children between four and five years old. Method: A cross-sectional survey was performed on a sample of 422 children presented to selected five Primary Health Care Centers in the Aseer region of Saudi Arabia. The investigation was conducted using the decayed, missing, and filled teeth index (World Health Organization Methodology), and detection criteria for non-cavitated lesions. A tested, self-administered questionnaire was distributed to parents to obtain information about their sociobehavioral characteristics. Results: It was found that caries have been significantly more prevalent in children from families with employed mothers (p=0.00811). The presence of dental caries was found to be associated with the absence of oral health educators, oral health improving programs and oral health campaigns (p=0.0012). The associations between consuming soft drinks and applying oral hygiene were statistically significant (p=0.00001). Conclusion: A high caries prevalence (77.73%) and a lack of caries treatment are revealed among Saudi preschool children in the Aseer region in this study. The present study has identified risk factors I ECC in pre-school children within a Saudi community. ECC risk can significantly increase for children living with an occupied mother (p=0.00811), consuming more sweets and chocolates (p=0.00001), and an absence of oral health educators and oral health promotion programs (p=0.0012). These factors could be modified through public health strategies, such as effective publicity concerning general dental health, practical health advice and developing effective strategies to promote awareness amongst the Saudi community.

Early childhood caries is a multi-factorial disease that involves the susceptible tooth and host, fermentable carbohydrates in the diet, cariogenic micro-organisms and time; [1,2]. Early childhood caries (ECC) has been defined as the presence of one or more decayed (noncavitated or cavitated lesions), missing tooth or teeth (due to caries), or filled tooth surfaces on any primary tooth in children up to 71 months of age. In the recent decades, there have been considerable improvements in the oral health of pre-school goers in many developed countries [3]. However, dental caries still affect a considerable number of children. Recent studies have shown that dental caries have decreased in Latin America and the Caribbean [4]. In Brazil, there was a 17% decreases in dental caries from 2003 to 2010, and the decayed, missing, and filled teeth index (dmft index) for 5-year-old children decreased from 2.80 to 2.30 [5]. Researchers have attempted to expand the basic microbiological models for ECC development to include various social, demographic and behavioral factors such as ethnicity, family income, and maternal education level, and family status, teeth brushing habits and parental knowledge and beliefs [6,7]. Although the predictive power of the variables studied so far was inconsistent, the high disease experience within selected community groups reflects the importance of factors other than the presence of Mutants streptococci alone in contributing to ECC development. Other cross-sectional models demonstrate the complex interaction between socio-economic status (SES), ethnicity, immigrant status, infant feeding, fluoride exposure, oral hygiene and ECC presence in preschool children [8-17]. However, because most studies of ECC have been conducted among specific ethnic, immigrant and lower socio-economic communities, extrapolation of current risk assessment models to the general population is still problematic.

Although these factors have shown significant association, there are still other non-investigated factors that have not been reported previously in Saudi child population. The purpose of this study, therefore, was to discover and investigate the association between selected social and behavioral variables and the presence of ECC in the 4-5 years age group of Saudi child population.

The objective of this study was to analyze the influence of selected socio-behavioral variables on the prevalence of dental caries in the 4-5 years age group of pre-school children within the Aseer region of Saudi Arabia.

A cross-sectional study involving the young pre-school Saudi child population, aged between 4 and 5 years in the Aseer region—a region located in the Southern part of Saudi Arabia, was conducted. For this purpose, information was obtained using prevalence data—percentage with caries. In the present study, the participants were children aged between 4 and 5 years who were treated at dental clinics in five selected Primary Health Care Centers in the Aseer region, Saudi Arabia with their parents or at least one of them throughout the period between March to May 2015. For this, a self-administered questionnaire to obtain information regarding selected social and behavioral variables was prepared. The questionnaire consisted of 24 items varying between Multiple Choices Questions (MCQs), Likert scale and short essay questions. Moreover, the questionnaire was pretested on 30 randomly selected individuals who came to the Alkhoush Primary Health Care Center, one of the previously selected centers. The investigators were the dentists working at the selected dental clinics after we assured that they were aware of the WHO criteria for detecting caries by means of interviews. The investigation was conducted using the decayed, missing, and filled teeth index (World Health Organization Methodology) and detection criteria for non-cavitated lesions. A tested, self-administered questionnaire was administered to one of the parents among all the participants to obtain information about their socio-behavioral characteristics. Then, the data were modelled using chi square test at the 5 per cent level of significance using SPSS software.

Table 1: Distribution of children according to gender and caries experience. 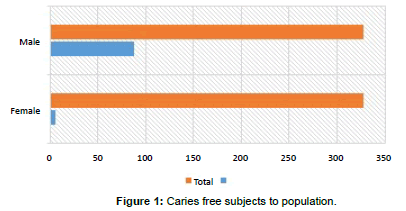 Table 2: Knowledge in regard of dental caries and social factors, and ECC experience.

A total of 97.87% (N=413) of the final sample recorded that they had not attended or were not invited to any lecture or campaigns related to oral health care; in this group, 78.7% (N=325) had caries. A statistically significant correlation was found between caries prevalence and attending oral health care programs and participating in oral health care campaigns i.e., X2=10.46, df=1, Pvalue=0.0012 (Table 2_9). Although most of the final sample (N=420) had no dentist at school or did not know about dental health, there was no statistical significant correlation between dental caries prevalence and presence of a dentist at school; X2=4.76, df=2, Pvalue=0.0926 (Table 2_8).

This study is very important since it is the first epidemiological study for ECC presence conducted within the Aseer region. The new findings in the present study can be utilized in the development of more effective strategies for oral health promotion and prevention of ECC within this community. As compared with the previous studies in Saudi Arabia, prevalence of ECC among the children aged between 4-5 years in the Aseer region was found to be lesser than some studies conducted at Riyadh, Tabuk and Alahsa [21-26] and higher than some other studies conducted at Jeddah and Tabuk [22,27,28].

In this study, significant association was found between the gender of the child and ECC. The prevalence of ECC among female children (95.5%) was more than that in male children (68%), which is contrary to many studies conducted in Saudi Arabia and other parts of the world [29-36]. Significant association was also found between the age of the child and ECC. This finding counteracts with the findings by Alkarimi HA, Khristine Marie G. in Philippines, Seval Olmez in Turkey and Wendt L.K. in Sweden. It was shown that the lower age is associated with higher prevalence of ECC, whereas they found that higher age is associated with higher prevalence of ECC among the children (51-54).

Influence of family variables on the presence of ECC reported to be high in previous studies conducted in this regard [29,37-42]. In this study, children of employed mothers have shown higher prevalence of ECC than those living with housewife mothers. Hence, there is a significant association between the occupation of the mother and the prevalence of ECC. The highly significant role of sweets, chocolates, and soft drinks in higher prevalence of ECC is evident from the findings of this study, which are supportive to the findings by Ghanim, Jose B. in Kerala, Rosenblatt, Bankel and others [43-54].

The notable issues like poor oral health services, absence of oral health educators at schools and villages, and loss of oral health campaigns have been shown to be major determinants of ECC in the present study. Findings such as the method of cleaning teeth and frequency of eating sweets and chocolates have shown significant relationship in the current study.

A high caries prevalence (77.73%) and a lack of caries treatment are revealed among Saudi pre-school children in the Aseer region in this study.

The current study has identified risk factors for presence of ECC in pre-school children within a Saudi community. ECC risk can significantly increase by the child living with an occupied mother (p=0.00811), consuming more sweets and chocolates (p=0.00001), absence of oral health educators and oral health promotion programs (p=0.0012).

These factors can be modified through public health strategies, such as effective publicity concerning general dental health and practical health advice. The oral health promotion and education programs should address these risk factors to fight ECC and develop effective strategies to promote awareness amongst the Saudi community.