Some Health Disorders among Workers in a Glass Factory

Copyright: © 2013 Abdel-Rasoul GM, et al. This is an open-access article distributed under the terms of the Creative Commons Attribution License, which permits unrestricted use, distribution, and reproduction in any medium, provided the original author and source are credited.

Introduction: The common Health hazards associated with glass manufacturing processes include noise, exposures to respirable airborne particulates [especially silica (SiO2) that leads to chronic effects such as decreased pulmonary function, lung disease, complicated pneumoconiosis (silicosis, the most important and oldest occupational lung diseases worldwide specially in developing countries) and silico-tuberculosis], ergonomic hazards, physical hazards, radiant energy, heat stress disorders and infrared radiation. Aim of the study: Studying some health disorders among Egyptian workers in a glass industry as well as to assessing workplace environment in the same factory. Participants and methods: A cross sectional comparative study was carried out over 250 worker in a glass factory and 250 non-occupational exposed group. Environmental study of dust and fumes, and noise levels was done. Spirometric measurements as well as X-ray film to any worker with abnormal spirometry and air conduction audiometric examination were applied. Results: The mean value of both free crystalline silica concentration and noise level is higher than the national and international permissible levels. Glass factory workers had a higher significant prevalence of chest, auditory and heat related manifestations as well as deteriorated spirometric measurements and abnormal audiometric findings. Conclusion: Exposure to high level of silica dust and noise are blamed to increase the frequency of chest manifestations, early spirometric changes, few X-ray findings and occupationally induced hearing loss. Using automated cullets crushing machine to decrease exposure to dust and using good quality of personal protective equipments especially masks and ear muffles are must.

Accurate statistical data on occupational diseases in developing countries including Egypt are scanty. Although some prevalence data is available from cross-sectional studies, incidence figures and risk estimates are usually lacking because of the absence of reliable information about the size of the population at risk and exposure measurements. So, this work is planned to study some health disorders among Egyptian workers in a glass industry as well as to assess workplace environment in the same factory.

This study took place in a glass factory (in industrial zone, Queisna city, Menoufiya governorate), between October 2011 and December 2012. The Menoufiya Faculty of Medicine Committee for Medical Research Ethics reviewed and formally approved the study before it began. Approval from the factory was obtained, and all participants gave written informed consent before inclusion. A cross sectional comparative study was designed to study 250 occupationally exposed male workers from different departments in the studied factory after exclusion of non-responders and application of exclusion criteria which included worker who has any chest diseases, skin diseases, cataract or any auditory diseases before employment in this glass factory. A control group of 250 male individual, from exposed group relatives, who were never exposed to silica dust at work were matched with the exposed group for age, residence, education and income. Participants were interviewed by trained investigators at the factory clinic during the day shift (between 7:00 am-3:00 pm). At each workplace visit, demographic data, smoking status, medical history of chest and auditory diseases, manifestations of heat stroke, heat exhaustion, heat cramps, sterility, cataract, skin rash, employment history (including years of working in the industry and wearing of protective clothes) and past history of diseases (like mental, nervous diseases, hypertension, diabetes mellitus, liver and kidney diseases or use of antipsychotic drugs as well as skin, chest or eye allergies) were gathered via a predesigned questionnaire.

In addition, spirometric measurements were done at the factory clinic using the portable spirolab (MIR 010) to determine Forced Expiratory Volume at the first second (FEV1%), Forced Expiratory Ratio (FEV1/FVC %), Forced Expiratory Flow (FEF 25-75%) and Peak Expiratory Flow (PEF%). The best value of 3 technically acceptable maneuvers was recorded and expressed as percentages of predicted value. Postero-anterior chest X-ray was done for workers acquiring abnormal findings in spirometric measurements (74 workers out of 250 exposed workers). Three radiologists interpreted X-ray films and compared it with ILO standards films for ILO classification. By the use of diagnostic audiometer AS 67 (Danplex), air conduction audiometric examination was done at different frequencies for right and left ears separately for exposed workers and control group. The mean of intensities of 3 measurements at 1000 Hz was taken.

Moreover, environmental noise measurement by use of sound level meter ANSI type 2 Model 452, at the levels of worker’s ears, where they usually stand during their ordinary work was done. Multiple readings were taken from different places of the factory and the mean reading was recorded. Air samples at breathing zone of the workers in different departments of the factory were done once yearly to measure free silica (SiO2), sulphur dioxide (SO2), nitrogen dioxide (NO2) and carbon monoxide (CO). The cooling effects of air movement, radiant heat and air temperature were also measured twice/year by a portable heat stress monitor (Quest Technologies). Several readings were taken from furnace department of the factory and the mean was recorded. All environmental measurements were done by Tabbin Institute for Metallurgical Studies Central Laboratory for the Studies Industrial Pollution, Cairo.

Student’s t-test for continuous quantitative parametric variables was used. Fisher exact test was used for categorical variables (auditory findings and heat related manifestations) when the expected value was less than 5. Z-test was, also, used to compare between percentages. Comparisons of data were made with overall α error set at 0.05 (2-tailed). Analyses were conducted with SPSS v. 19 software (SPSS Inc, Chicago, Ill) and Epi Info version 3.3, released by Centers for Disease Control and Prevention (CDC), Atlanta, Georgia, in October 2004.

The mean value of both free crystalline silica concentration and noise level is higher than permissible level of the Egyptian Ministry of Trade and Industry and TLV of NIOSH as well as the permissible level of Egyptian environmental law and NIOSH; respectively (Table 1). There is non-significant difference between exposed and non-exposed groups regarding socio-demographic data (age, income, education level, residence, marital status and smoking habit), vital signs, BMI, past clinical history (P>0.001). Glass factory workers had a higher significant prevalence of chest, auditory and heat related manifestations (exhaustion, cramp and skin rash) manifestations, deteriorated spirometric measurements (FEV1%, FEV1/FVC%, FEF 25-75%), audiometric findings (hearing impairment and V-dip depression), than control non-exposed group (P<0.05). Exposed workers at batch department suffered from lower performance of spirometric measurements than others (Table 2), while those in front of furnace had impaired hearing than others (Table 3) where those in batch and finishing departments had manifestations related to heat stress; more than other workers (Table 4). Twenty three workers out of 74 have abnormal radiological findings as small nodular opacities of different sizes and profusion (20.27%), increased bronchovascular markings (5.41%) and emphysema (5.41%) (Table 5).

Table 1: Mean value of environmental measurements in the working environment of the exposed group.

Table 2: Comparison between workers at batch sector and workers at other sectors regarding spirometric measurements.

Table 3: Comparison between workers at furnace and workers at other sectors regarding heat related manifestations.

Table 4: Comparison between workers at batch and furnace and workers at other sectors regarding audiometric findings.

In the present study, environmental measurements of the factory revealed that the mean value of free crystalline silica dust (SiO2) in batch department is higher than the permissible level of the Egyptian Ministry of Trade and Industry, Law 12 Decree 211 (2003) [6] and TLV of NIOSH, 2002 [7]. This result is in agreement with studies reported by Abel-Rasoul and Al-Sobky [8], Massoud et al. [9] and Zakaria et al. [10]. Because of ventilation errors in the working environment of the factory, as well as the added effects of dust and fumes present in the factory and/or smoking, chest manifestations (rhinitis, cough, expectoration and dyspnea) and deteriorated spirometric measurements were significantly more prevalent among exposed group especially in batch sector. These results are in concordance with those found by Massoud et al. [9] and Sripaiboonkij et al. [11]. Radiological findings of workers with abnormal spirometric measurements in exposed group revealed that 23 workers out of 74 workers have abnormal radiological findings as small nodular opacities of different sizes and profusion, increased bronchovascular markings and emphysema. These findings are in agreement with those of Massoud et al. [9] and Fahmy et al. [12].

In the factory where the study was carried out, the noise levels around cullet crushing machine in batch and finishing departments were higher than the maximal permissible limit of The Egyptian environmental law 4 (1994) [13] inside working closed areas at production (8 hours/shift) and NIOSH, 2002 [7]. This result is in agreement with previous studies in glass industry in Egypt (101 ± 2.92) Zakaria et al. [10], NIOSH (1986 to 1997) [14] (80 to 106 dB) and in Turkey in concrete traverse, cement, iron and steel and textile factories Atmaca et al. [15] (107, 106, 100 and 99; respectively). Moreover, exposed group experienced a significant higher prevalence of all auditory manifestations (hearing loss, tinnitus, ear ache and ear secretion) and auditory findings (moderate to severe hearing impairment and V- dip) especially at furnace sector. Atmaca et al. [15] reported high prevalence of hearing loss and sensation as ringing and leakage in the ears. Nelson et al. [16], also, found that 16% of the disabling hearing loss in adults is attributed to occupational noise.

Because of high surface area of the studied factory and closed automatic furnace system, heat stress was lower than that recommended by NIOSH standard value and Egyptian environmental law 4/1994 which is (30°C). Contrary to this result, Kishor et al. [17] found that heat stress was higher than the standard level at different sections. Pourmahabadian et al. [18] and El Safty et al. [19] come across similar results in their studies. However, heat related manifestations (exhaustion cramps and skin rash) were more frequent between exposed glass workers especially at batch and finishing departments. This is in agreement with the studies carried out by El -Safty et al. in Egypt [19] and Kishor et al. in India [17].

Exposure to high level of silica dust and noise are blamed to increase the frequency of chest manifestations, early spirometric changes, few X-ray findings and occupationally induced hearing loss. Using automated cullets crushing machine to decrease exposure to dust and using good quality of personal protective equipments especially masks and ear muffles to decrease respiratory and auditory manifestations are must. Spirometry and audiometry are recommended in the preemployment and periodic medical examinations.

To all the workers and the participants who generously agreed to participate, and the administrator of the factory who facilitated the access to the study group specially the manager engineer Khaled Abdel- Rahman. 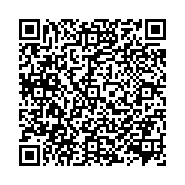