Peripheral pulse oximetry (SpO2) is probably the greatest technological advance for continuous monitoring since electrocardiography. It has almost become a mandatory clinical tool [1], despite it never having been subjected to a clinical outcome validation [2,3]. Pulse oximetry is widely used for monitoring oxygenation with empirical alarm limits to avoid hypoxia. Nevertheless, its measurement has many important limitations: SpO2 is effective only in measuring the degree of haemoglobin saturation at a short point in time; does not reliably predict changes in oxygen saturation (SaO2); is not reflective of oxygen supply to tissues; and has not been demonstrated to influence perioperative outcome [4]. This paper is to reiterate the wellknown fact that low SpO2 does not necessarily mean tissue hypoxia, maintaining SpO2 above 92% is not necessarily protective of hypoxia [5] and empirically imposing SpO2 ‘limits’ to minimise errors [6] may become an hindrance to medical evolution if used as a heuristic for clinical decision making [7].

The terms hypoxia and hypoxemia are not interchangeable. Hypoxemia is arterial oxygen tension (PaO2) below normal values. Hypoxia is the failure of oxygenation at the tissue level triggering anaerobic metabolism. SpO2 closely associates with the former but not necessarily with the latter. Hypoxia may not be present in patients with hypoxemia if the patient compensates for a low PaO2 by increasing oxygen delivery. This is typically achieved by increasing cardiac output or decreasing tissue oxygen consumption. Conversely, patients who are not hypoxemic may be hypoxic if oxygen delivery to tissues is impaired or if tissues are unable to use oxygen effectively. Pulse oximetry is frequently used to substitute for arterial blood gas monitoring as a non-invasive surrogate marker of PaO2 for a SpO2 between 80% and 97% [8]. A rise in SpO2 from 88% to 92% increases the oxygen content in blood by approximately 4%. In contrast, raising haemoglobin concentration from 8 to 12 g/l alone increases the oxygen carrying capacity by one third. If the cardiac output is doubled in this situation, the oxygen delivery to tissues can be increased by well over 60% without any change in SpO2. Nevertheless, hypoxemia (low PaO2) is the most common cause of tissue hypoxia [9], hence the need to support acute reductions in SpO2 with oxygen therapy until the cause in resolved.

Despite the poor association between tissue hypoxia and SpO2, patients with chronic lung disease are strongly advised to use oxygen if their SpO2 drops below 88% during exercise. Yet athletes are subjected to high intensity and high volume training to promote enhanced performance without additional oxygen [10]. In this context, prompting patients with chronic lung disease to use oxygen if their SpO2 fall below 88% during exercise is unfair, especially in the absence of credible evidence to claim that SpO2 less than 88% during exercise is damaging. Although submaximal oxygen saturation during exercise has not led to any untoward cardiac events in lung disease [11], empirical use of oxygen may prevent the triggering of natural mechanisms for tolerance or recovery. This kind of patient advice based on ‘logical’ thinking in the absence of sufficient evidence could therefore bring needless harm whilst adding unnecessary expense to health care services.

Indeed the evidence for the harmful effects of oxygen is becoming more widely recognised. One example is the withdrawal of oxygen use for neonatal resuscitation, where decades ago, use of oxygen was the norm [12]. This practice is now considered harmful [13,14]. Similarly, evidence against the use of oxygen in adult CPR is emerging [15]. On the contrary, it should be noted that long term use of oxygen for symptomatic relief has benefited selected patients with hepatopulmonary syndrome, a situation of hypoxemia in chronic liver disease resulting from pulmonary vascular dilation characterised by anatomical shunting [16].

There are a number of changes in the heart and pulmonary circulation occurring in humans living permanently at high altitudes i.e., in low oxygen tension environments. These adaptations are not quite comparable to that of temporary residents at high altitudes, nor those experimentally exposed to acute hypoxia [17-20]. Thus, the natural adaptation to one’s surrounding should be another caveat in the decision-making process behind providing oxygen therapy [21,22].

During exercise, high cardiac output may compensate and deliver adequate oxygen to tissues despite lower recordings of SpO2. Hypoxia ensues when aerobic metabolism in tissues turn to anaerobic for energy production. In ‘resting’ states (including anaesthesia and hypothermia), energy requirements are reduced and low SpO2 may be tolerated longer. Low SpO2 is not a reflection of tissue hypoxia. Indeed a patient with high haemoglobin (15 g/l) with low SpO2 (90%) and central cyanosis may not be hypoxic [23]. Therefore, we need to distinguish the low SpO2 resulting from hypoxic-hypoxia situations (low FiO2, airway obstruction, hypoventilation) from that of low SpO2 resulting from venous admixture (reversed or extra cardiac arteriovenous shunts, lung collapse including one lung anaesthesia). The former needs urgent action, as both arterial and venous blood are desaturated with no capacity for compensation, whereas the latter needs careful manipulation to minimise the shunt fraction to avoid tissue hypoxia.

Low SpO2 from venous admixture is less likely to induce anaerobic metabolism and hypoxia. For example, in cyanotic congenital heart disease, there are children living without evidence of hypoxia with their SpO2 readings in the 80’s or sometimes 70’s. A similar situation of low SpO2 is seen in reversed shunt situations in anaesthesia [24]. During venous admixture, a convenient way to increase mixed venous and thereby arterial oxygenation is to raise cardiac output. Therefore, pulse oximetry is not a diagnostic tool that defines definitive therapy: it is a heuristic used to minimise human error.

During one lung anaesthesia, the SpO2 improves when the blocked lung collapses or when the patient is positioned with the ventilated lung dependent (due to reduction in shunt fraction). Hypoxic Pulmonary Vasoconstriction (HPV) is an essential physiological response that minimizes this shunt [25], reducing V/Q mismatch by diverting blood flow away from the under ventilated lung. The HPV response is maximal at normal pulmonary vascular pressure and reduced at either high or low pulmonary vascular pressure. One can only attain maximal HPV when oxygen partial pressure in venous blood (PvO2) is normal, a decreased response seen with either high or low PvO2. Therefore, the use of inhalational anesthetic agents and other vasodilating drugs, together with high or low Fraction of Inspired Oxygen (FiO2) will diminish the HPV response, including in children [26].

Oxygenation during One Lung Ventilation (OLV) depends not only on the magnitude of shunt fraction but also on the oxygenation of the shunted blood [27]. Thus, factors leading to a decrease in the oxygenation of the shunted (venous) blood (states of increased oxygen extraction, low cardiac output, low hemoglobin levels) compromise the ‘buffering’ capacity against tissue hypoxia. Under limited circumstances, pursuing increases in cardiac output may benefit arterial oxygenation during one-lung ventilation; for example SpO2 less than 90% may be tolerated poorly in anaemic patients with right to left cardiac shunts [28]. Furthermore, low hemoglobin concentrations can increase shunt fraction and decrease oxygenation [29,30]. Therefore, increasing cardiac output and normalising haemoglobin concentration remain the main clinical interventions that can enhance oxygen delivery to tissues in this situation despite low SpO2 readings. However, this approach is not a panacea and does not obviate the necessity to optimize dependent lung volume [31].

In this era of 21st century medicine, we need additional considerations to cope with increasing surgical complexity. For example, the increased recognition of the advantages of Video Assisted Thoracoscopic Surgery (VATS) in children has reiterated the need for efficient one lung ventilation [33]. During one lung ventilation for VATS, there are additional factors that need focus: the use of positive pressure in pleural space; mechanical shift of the mediastinum; the effects of added CO2 upon vascular adaptive responses to hypoxia and the oxygen dissociation curve; and increased V/Q mismatch (due to decreased functional residual capacity and tidal volume resulting from general anesthesia, suboptimal patient positioning, surgical retraction and mechanical ventilation) [34].

A reliably measured [35] SpO2 of 92% is considered the lowest clinically acceptable level by established norms of clinical practice at any age, with an exception of 88% as the lowest in chronic lung disease. This is despite neither a SpO2 below 92% having been proven to be directly associated with tissue hypoxia, nor a SpO2 above 92% proven to exclude it. This has created clinical limitations especially in the era of increasingly ‘manager driven’ medicine, compounded by top-down target pressures and blame culture if staffare in breach of guidelines [36-38]. When the SpO2 is low, therapeutic administration of oxygen is logical until the cause is found. Nevertheless, clinicians should consider each scenario in its clinical context, with oxygen delivery at tissue level as their ultimate end goal.

Copyright: © 2017 Goonasekera C, et al. This is an open-access article distributed under the terms of the Creative Commons Attribution License, which permits unrestricted use, distribution, and reproduction in any medium, provided the original author and source are credited. 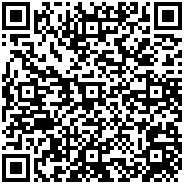