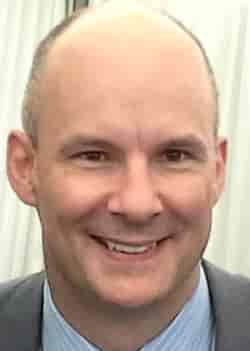 
Submit manuscript at https://www.scholarscentral.org/submission/medical-physiology-therapeutics.html or send as an e-mail attachment to the Editorial Office at [email protected]

Journal of Medical Physiology and Therapeutics is an international and integrative journal committed to the advancement of conservative health care principles and practices. Medical physiology is field of science in which we study the various systems of the body from a molecular level through integrated functioning as it relates to the whole being. Generally, the term medical physiology applies to human beings. However, the science of physiology applies equally to all living things. In other words, what is understood about cellular metabolism in any kind of plant or animal can be extrapolated to human physiology. Physiology includes comparative physiology, developmental physiology, hormonal physiology, and pathological physiology. Therapeutics is defined as treatment and care to combat disease or alleviate pain or injury. The term comes from the Greek therapeutikos, which means “inclined to serve.” Its tools include drugs, surgery, radiation therapy, mechanical devices, diet, and psychiatry. Therefore by combining these fields which are interlinked medical physiology and therapeutics is formed.

Journal of Medical Physiology and Therapeutics is a great source to publish access and enhance the knowledge related to the physiology of an organism at cellular or molecular, behavioural, system level. This Journal also emphasize on drugs, therapy and devices related to the human physiology. The Journal publishes original primary research and review articles Research Articles/ Mini Reviews/ Case Reports/ Short Communication/ Editorials, which may advance our current knowledge about physiology and therapeutics of the highest quality in relevant topic areas. This journal addresses practitioners and researchers needs by adding to their clinical and basic science knowledge and by informing them about relevant issues that influence health care practices.

Cardiovascular Physiology is a branch of physiology concerned with the study of the circulatory system, involving blood flow, the cardiac cycle and cardiac output and how these depend on one another. The heart is a muscular organ which pumps blood through the blood vessels of the circulatory system provides the body with oxygen and nutrients and helps in the removal of metabolic wastes. The heart is divided into four chambers and pumps blood through the body. Blood low in oxygen from the systemic circulation enters the right atrium from the superior and inferior venae cavae and passes to the right ventricle. From here it is pumped into the pulmonary circulation, through the lungs where it receives oxygen and gives off carbon dioxide. Oxygenated blood then returns to the left atrium, passes through the left ventricle and is pumped out through the aorta to the systemic circulation−where the oxygen is used and metabolized to carbon dioxide. The cardiac cycle refers to a complete heartbeat which includes systole and diastole and the intervening pause. Cardiac output (CO) is a measurement of the amount of blood pumped by each ventricle (stroke volume) in one minute.

Renal Physiology is a branch of physiology concerned with the study of kidney and its functions. The kidneys regulate the fluid and electrolyte balance of the body by continually filtering the blood. Nephron is the smallest functional unit of the kidney which helps to purify toxic metabolic waste products from the blood. Much of renal physiology is studied at the level of the nephron. The functions of the kidney can be divided into three groups: secretion of hormones, gluconeogenesis and extracellular homeostasis of pH and blood components. The kidney's ability to perform many of its functions depends on the three fundamental functions of filtration, reabsorption, and secretion, whose sum is renal excretion.

Respiratory physiology is the branch of human physiology concerned with the study of respiration. The human respiratory system is a biological system consisting of a series of organs responsible for taking in oxygen and releasing carbon dioxide to the environment. The lungs are the primary organs of respiration, which takes in oxygen and helps breathe out carbon dioxide. The lungs are a part of the lower respiratory tract that begins at the trachea and branches into the bronchi and bronchioles. These divide until air reaches microscopic alveoli and the process of gas exchange takes place.

Neurohormones are physiologically active substances produced by specialized cells (neurosecretory cells) structurally typical of the nervous, rather than of the endocrine system. The neurohormones pass along nerve-cell extensions (axons). Neurohormones are released into the bloodstream at special regions called neurohemal organs. Neurohormones constitute of chemical stimuli and sensory stimuli. The hypothalamus produces releasing hormones, neurohypophysial hormones, enkephalins and endorphins.

Energy metabolism is generally defined as the entirety of an organism's chemical processes. These chemical processes typically occur in the form of complex metabolic pathways within the cell, generally categorized as catabolic or anabolic. In humans, the study of energy flows and how energy processed in the body is termed bioenergetics. It is deal with the breakdown of macromolecules such as fats, proteins, and carbohydrates, to provide usable energy for growth, repair, and physical activity. Energy metabolism is the process of generating energy (ATP) from nutrients. Metabolism comprises a series of interconnected pathways that can function in the presence or absence of oxygen. Aerobic metabolism converts one glucose molecule into 30-32 ATP molecules. Fermentation or anaerobic metabolism is less efficient than aerobic metabolism.

Apoptosis is a gene-directed program has had profound implications for our understanding of developmental biology and tissue homeostasis, for it implies that cell numbers can be regulated by factors that influence cell survival as well as those that control proliferation and differentiation. Apoptosis is also called programmed cell death which occurs in multi cellular organisms. Biochemical events lead to characteristic cell changes (morphology) and death. The changes due to apoptosis including cell shrinkage, membrane blebbing, chromatin condensation, nuclear fragmentation and global mRNA decay. The cells die due to apoptosis in the average human adult is between 50 and 70 billion and for average child, approximately 20 billion to 30 billion cells die a day.

The muscular system is the biological system of humans which produces movement. The muscular system is controlled by the nervous system, although some muscles, like cardiac muscle, can be completely autonomous. Muscle is contractile tissue and is derived from the mesodermal layer of embryonic germ cells. Its functions are locomotion, vasoconstriction and vasodilatation, peristalsis, cardiac motion, posture maintenance, heat generation. It also contributes to blood glucose balance by storing energy as glycogen. Indirectly it contributes to the well-being of the organism by simply allowing a person to move about by having our skin intact to muscles help us with our facial expressions. In the nervous system it helps monitor body position. Muscles provide us with protecting our endocrine glands and digestive organs. Muscles also aid in moving blood through veins, protect deep blood vessels and help the lymphatic system move lymph.

The integumentary system is involved in protecting the body from invading microbes (mainly by forming a thick impenetrable layer), regulating body temperature through sweating and vasodilation, or shivering and piloerection (goose bumps), and regulating ion balances in the blood. A change in blood flow is produced due to stimulation of mast cells. It also helps synthesize vitamin D which interacts with calcium and phosphorus absorption needed for bone growth and maintenance. Hair on the skin guards entrance into the nasal cavity or other orifices preventing invaders of getting further into our bodies. Our skin also helps maintain balance by excretion of water and other solutes (i.e.) the keratinized epidermis limits fluid loss through skin.

Electrophysiology is the study of the electrical properties of biological cells and tissues. It involves measurements of voltage change or electric current on a wide variety of scales from single ion channel proteins to whole organs like the heart. Electrophysiology is a branch of cardiology that deals with the diagnosis and treatment of heart rhythm disorders. They are useful for electrodiagnosis and monitoring. Electrophysiology doctors do three things: Ablate (Burn or freeze), Implant and manage cardiac devices, Take care of patients. In neuroscience, it includes measurements of the electrical activity of neurons, and particularly action potential activity. Recordings of large-scale electric signals from the nervous system, such as electroencephalography, may also be referred to as electrophysiological recordings.

Metabolic flexibility is the capacity for the organism to adapt fuel oxidation to fuel availability. One of the major ways the body achieves this flexibility is through insulin. Insulin has powerful effects on the use of fuels. Namely, high insulin means carbs will be the preferred source of fuel, and low insulin means fat will be preferred. The inability to modify fuel oxidation in response to changes in nutrient availability has been implicated in the accumulation of intramyocellular lipid and insulin resistance The metabolic flexibility assessed by the ability to switch from fat to carbohydrate oxidation is usually impaired during a hyperinsulinemic clamp in insulin-resistant subjects; however, this “metabolic inflexibility” is mostly the consequence of impaired cellular glucose uptake.

Journal of Diabetes & Metabolism, Journal of Metabolic Syndrome, Metabolic flexibility and insulin resistance, Metabolic Flexibility in Response to Glucose Is Not Impaired in People With Type 2 Diabetes After Controlling for Glucose Disposal Rate.

Physiology of Aging and Gerontology

Aging is a physiological change that takes place in the human body leading to senescence, the decline of biological functions and of the ability to adapt to metabolic stress. Gerontology is the study of the social, cognitive, psychological and biological aspects of aging. Gerontologists include researchers and practitioners in the fields of biology, nursing, medicine, criminology, dentistry, social work, physical and occupational therapy, psychology, psychiatry, sociology, economics, political science, architecture, geography, pharmacy, public health, housing, and anthropology. Gerontology is divided into different types - Biogeronology, Social gerontology, Environmental gerontology.

Related Journals of Physiology of Aging and Gerontology

Hemodynamics is the fluid dynamics of blood flow. The circulatory system is controlled by homeostatic mechanisms, much as hydraulic circuits are controlled by control systems. Hemodynamic response continuously monitors and adjusts to conditions in the body and its environment. Thus hemodynamics explains the physical laws that govern the flow of blood in the blood vessels. Hemodynamics is an important part of cardiovascular physiology dealing with the forces the pump (the heart) has to develop to circulate blood through the cardiovascular system. Adequate blood circulation is a necessary condition for adequate supply of oxygen to all tissues, which, in return, is synonymous with cardiovascular health, survival of surgical patients, longevity and quality of life. Hypertension and congestive heart failure are two best known systemic hemodynamic disorders.

The term “theranostics” was coined to define ongoing efforts in clinics to develop more specific, individualized therapies for various diseases, and to combine diagnostic and therapeutic capabilities into a single agent. The rationale arose from the fact that diseases, such as cancers, are immensely heterogeneous, and all existing treatments are effective for only limited patient subpopulations and at selective stages of disease development. The emergence of nanotechnology has offered an opportunity to draw diagnosis and therapy closer. Nanoparticle (NP)-based imaging and therapy have been investigated separately, and understanding of them has now evolved to a point enabling the birth of NP-based theranostics, which can be defined as nanoplatforms that can co-deliver therapeutic and imaging functions.