Study of the Earthquake Probabilities in the Five Major Faults in and around Bangladesh: A Statistical Analysis

Study of the Earthquake Probabilities in the Five Major Faults in and around Bangladesh: A Statistical Analysis

20.35°N to 26.75°N latitude and 88.03°E to 92.75°E longitude is the geographical location of Bangladesh. This location is surrounded by the Major Five Fault Zones i.e., i) Bogra fault zone ii) Tripura fault zone iii) Sub-Dauki fault zone iv) Shilong plateau and v) Assam plateau [1]. Therefore, Bangladesh has been affected by earthquake disasters tectonically since ancient times [2]. Lying in the confluence of India-Burma-Eurasia plateau, it is extremely prone to earthquake [3]. This indicates the necessity of the study about the fore-casting of the upcoming earthquake in Bangladesh and its adjacent areas.

In 2010, the earthquakes occurred in Bangladesh have been studied [4]. In the same year and next of this year, weibull distribution for estimating parameters and earthquake time history for Dhaka, Bangladesh as competent seismic record have also been studied respectively [5,6]. After the four years i.e., in 2014 of this study, another study titled by the probabilistic prediction for the earthquake of Bangladesh has been carried out [7]. Recently in 2015, Chakravorti et al., have studied for the earthquake fore-casting in Bangladesh and its surrounding regions [1]. These studies have been carried out for the fore-casting the probability for an earthquake of magnitude ≥ 6.0 occurring in the upcoming years statistically.

Statistical analysis is useful to calculate earthquake probabilities. We have used three statistical distributions for the comparative study.

The PDF for a Weibull distribution of recurrence times is given by the Handbook of statistical distributions [13].

Where, β and τ are fitting parameters.

The CDF for a Weibull distribution is

The hazard function for the weibull distribution is

The log- normal is one of the most widely used statistical distributions with a variety of fields. The PDF for a lognormal distribution of recurrence time t is given by JK et al. [13].

are the mean and standard deviation of this equivalent normal distribution.

The corresponding CDF for the lognormal distribution is given by:

is the error function [1]

In probability theory, an exponential distribution is a continuous probability distribution, which is commonly used to model the time between independent events that maintaining a constant average rate [11].

Where, the waiting time is measured forward from the present,

is waiting times for an earthquake on a fault from the time since the last earthquake is t0[4].

We have collected earthquake data from United State Geological Survey (USGS) and Dhaka Metrological Station for 1918 to 2016 is given in Table 1 [14,15].

Using statistical programming language R to calculate the value of Weibull parameters, log–normal distribution (mean and standard deviation), and rate parameter of exponential distribution. Time difference between previous years earthquake record have been used from 1918 to 2016. The values of Weibull parameters β, τ and the rate of exponential distribution λ are 1.2175, 2.97 and 0.3627 respectively are calculated using this program. In the previous study the earthquake records from 1918 to 2008, the values of these parameters were 1.205, 3.22 and 0.333 respectively [1].

From 1918 to 2016 the earthquake data have been used for this study and the average years 2.76 between two successive earthquakes have been calculated. 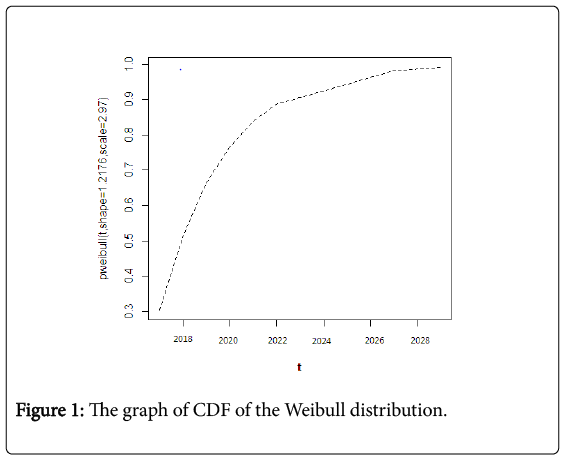 Figure 1: The graph of CDF of the Weibull distribution. 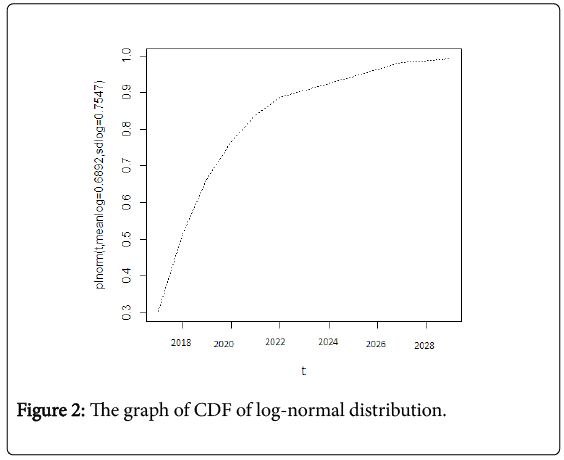 Figure 2: The graph of CDF of log-normal distribution. 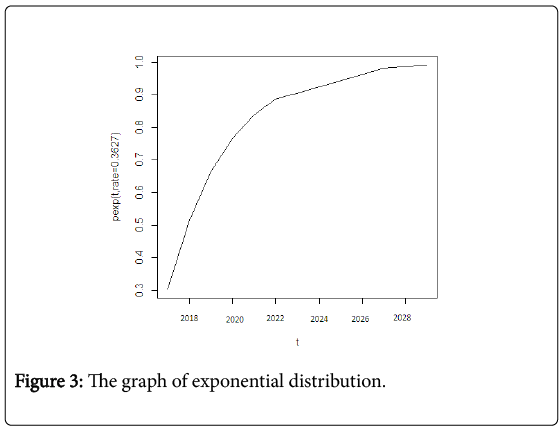 Figure 3: The graph of exponential distribution. 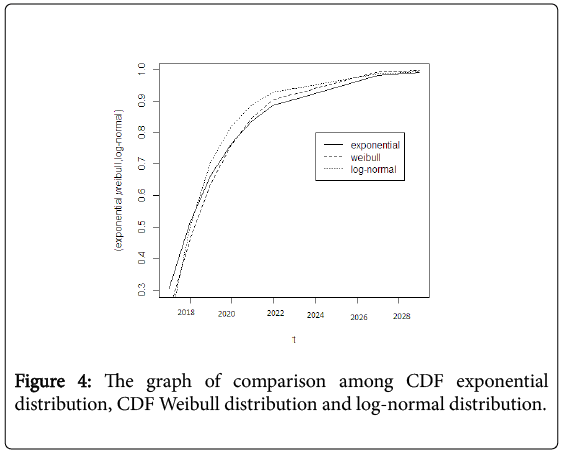 The authors declare that there is no conflict of interests regarding the publication of this paper.

Authors thank to Research Cell and Dean, Faculty of Life Science, Mawlana Bhashani Science and Technology University, Santosh, Tangail-1902, Bangladesh for the financial support to carry out this study.

Copyright: © 2018 Rahman F, et al. This is an open-access article distributed under the terms of the Creative Commons Attribution License, which permits unrestricted use, distribution, and reproduction in any medium, provided the original author and source are credited.