Most developing countries are hesitated in maximizing tissue culture technology due to the overhead costs involved. Therefore, this research was initiated to evaluate alternative cheap carbon sources and energy in culture media in order to reduce production input costs of sugarcane in vitro propagation. The experiment was carried out in completely randomized design (CRD) with 2 × 6 factorial treatment arrangements of genotypes and carbon source in combination. The interaction analysis of genotypes and table sugar concentration significantly influenced in vitro sugarcane multiplication. On MS medium with 50 gl-1 table sugar, B4906 gave the highest (13.42 ± 0.29) shoots, whereas Pr1013 produced a maximum of 7.78 ± 0.19 shoots at 60 gl-1 table sugar. However, 40 gl-1 table sugar was optimum to produce usable and separable shoots for further subculture of multiplication. Accordingly results showed that table sugar not only enhanced multiplication but also significantly reduced the production input costs by 94.89% when compared with the analytical grade sucrose.

Sugars play important role for in vitro cultures as carbon source and energy as well as an osmotic agent. In Plant cell culture media, sucrose is the most common carbohydrate used as carbon source at a concentration of 2-6%. Other carbohydrates are also used, however, they were less effective than sucrose and glucose [1]. The influence of fructose, sucrose, glucose, sorbitol and maltose carbon sources were studied at various concentrations, and obtained type and concentration of sugars had a significant effect on percentage, mean number, mean length, hyperhydricity, as well as survival rate [2]. Flower [3] showed glucose as being the most suitable carbon source, principally on the grounds of biomass yield and growth rate. Moreover, the autoclaved sucrose is better for growth than filter sterilized sucrose, was frequently demonstrated because autoclaving seems to hydrolyze sucrose into more efficiently utilizable sugars for plants such as glucose and fructose. It was acting as a morphogenetic trigger in the formation of auxiliary buds and branching of adventitious roots [4].

In Ethiopia, in vitro multiplication of plants started before years ago in the research centers and universities, but still now, it does not extend to reach up the commercial level and the required coverage due to the cost of media and other constraints. Media chemicals account for less than 15%, while the carbon sources such as laboratory grade sucrose contributes about 34% -51% of the production cost [5]. Hence sugar cane molasses, sugarcane juice, banana extract, and coconut water can be found a good alternative of grade sucrose for reducing medium costs. So far, these substrates in addition to carbon sources, they are sources of vitamins and inorganic ions required for growth [4]. Plants that cultured on 5% sugar cane juice were better in terms of shoot length and number of shoots per culture than those cultured on 30 gl-1 grade sucrose [6].

Moreover, commercial table sugar is also the best alternative rather than using pure grade sucrose to reduce the cost of in vitro plant production especially for commercial micropropagation. Table sugar and its concentration in the medium greatly influenced the rates of sugarcane in vitro propagation [7]. Of the two concentrations tested, 4% commercial sugar appeared to be optimum for shoot regeneration and multiplication, whereas 6% commercial sugar was recommended for rooting. However, many researchers used 3% grade sucrose as usual. Replacing of the laboratory grade sucrose by the table sugar without significant loss in quality and growth to reduce the production cost of in vitro plantlets were also possible [8,9]. Mekonnen et al. [10] reported the possibility of utilizing the locally available (in each shop and super market), relatively cheap (currently $ 0.75-1.5 per kg) 30 gl-1 table sugar as carbon source in place of graded sucrose which is imported and expensive ($147 per kg) product in sugarcane tissue culture. The authors obtained no significant difference regarding shoot number, shoot length and leaf number by comparing analytical grade and table sucrose at 30 gl-1 . Superior performances of in vitro plantlets on medium supplemented with table sugar also reported [11,12]. However, the optimum concentrations of table sugar using different value were not studied for efficient multiplication of sugarcane. Keeping this view, the current study was initiated to optimize the concentration of table sugar which was given the maximum multiplication of sugarcane and reduced the media cost.

Stems of B4906 and P1013 genotypes were cut and prepared as a seed cane with two buds in Fincha’a Sugar Factory Research Station seed nursery site, and planted in greenhouse of College of Agriculture and Veterinary Medicine, Jimma University where the study were carried out. The setts were watered every three days and allowed to grow for three months after which actively growing shoot tops were collected and prepared as source of explants. For shoot establishment, the explants were sterilized using 0.3% mancozuim, 70% ethanol and 25% commercial bleach (Berekina) through step by step by washing the explants subsequently between each steps using sterilized distilled water. Finally, they were inoculated on MS [13] media supplemented with 0.5 mgl-1 each of BAP, Kin and NAA [14] with 1 mgl-1 methylene blue, 0.08 mgl-1 ADS. In this experiment, the clump shoots were separated and used to test different levels of table sugar (20, 30, 40, 50 and 60 gl-1 ) concentration effects on multiplication considering other media components constant as shoot establishment. In addition, 30 gl-1 grade sucrose was used as a control for both genotypes because most researchers used 30 gl-1 sucrose by default. Completely randomized design (CRD) in 2 × 6 (two genotypes and six levels of sucrose concentration) in factorial arrangement with three replications were used. Data on number of shoots, shoot length and number of leaves were recorded after 30 days of culture. SAS software (SAS, 2008 version 9.2) was used for the analysis of variance, and Duncan multiple range test (DMRT) was used for mean separation at 5% probability.

Note: 30 s=30 g grade sucrose as a control. *Values for all parameters are given as mean ± SD. *Numbers within the same column with the same letter are not statistically different from each other at p ≤ 0.05.

This indicates that table sugar was better than grade sucrose to get more multiple shoots and can be an alternative to reduce the cost of plant tissue culture media. It is reported that table sugar enhanced micropropagation and extensively reduced costs by 34% to 51% compared with pure sucrose [5]. According to the current exchange rate, table sugar is much cheaper (USD $ 0.75-1.5 kg-1) than sucrose (USD $ 31.2 kg-1) besides its ease of availability compared to sucrose which needs to be imported. In addition, the difference in terms of shoot number may be due to the impurities of table sugar that contained other elements like iron, phosphorus, potassium and sodium, which are important to promote shoot development when compared with grade sucrose [5,6]. In addition, table sugar has impurities of glucose, which is easily and highly assimilated by plant tissue primarily than sucrose. Buah et al. and Ogero et al. [6,15] also confirmed this by using table sugar as carbon source for the in vitro culture of sweet potato and banana. The authors found table sugar to be superior to grade sucrose in terms of shoot number, but there is contradiction in terms of shoot length, which this may be due to plant species difference of used in the experiment. 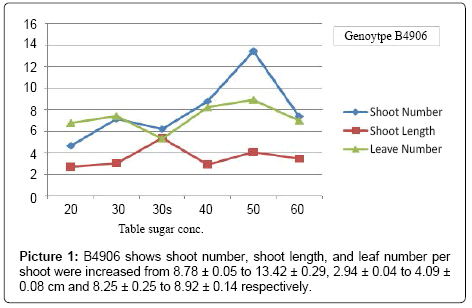 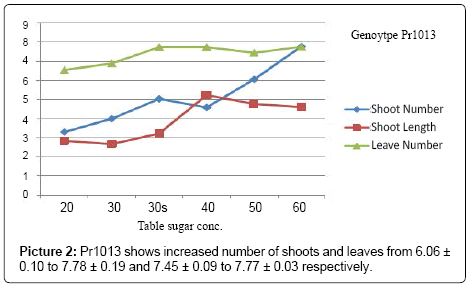 This indicates that the concentration of sugar plays a vital role and it is critical besides plant growth regulators in sugarcane multiplication under in vitro conditions. Khan et al. [7] reported that the presence of sugar was necessary for shoot proliferation, but its concentration in the medium is critical. The present results for B4906 are in contrast to Khan et al. [7] who obtained 11.50 ± 0.57 shoots in AEC82-223 and 12.00 ± 0.81 shoots in NIA-2004 genotypes on MS media with 4% and 6% table sugar respectively. Whereas the result of Pr1013 is in line with Khan et al. [7] who reported 12.00 ± 0.81 shoots in NIA-2004 at 6% table sugar, on which 7.78 ± 0.19 average shoots were produced in the current study. However, they did not use 50 gl-1 rate in their experiment. Sorory and Hosien [16] also confirmed this that the use of 6% sucrose concentration enhanced shoot regeneration in sugarcane.

It was observed that on MS medium with 50 gl-1 table sugar, B4906 gave the highest shoot multiplication and number of leaves per shoot whereas Pr1013 produced maximum shoots on MS plus 60 gl-1. However, 40 gl-1 table sugar supplemented medium was optimum to produce usable, morphologically good and separable shoots for successive subculture in both genotypes. Sucrose is the prime importance for cell growth but significant cost incurred by analytical sucrose brings economic obstacle in full exploitation of tissue culture for commercial propagation. The costs of media can be brought down by 94.89% using locally available and cheap table sugar without compromising the quality of plantlets.

The authors would like to thanks Ethiopian Sugar Corporation as financial source and College of Agriculture and Veterinary Medicine, Jimma University giving an access of plant tissue culture laboratory.

Copyright: © 2016 Getnet B, et al. This is an open-access article distributed under the terms of the Creative Commons Attribution License, which permits unrestricted use, distribution, and reproduction in any medium, provided the original author and source are credited. 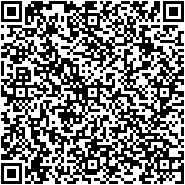