Time-Course of Buprenorphine Dose Increase in a Maintenance Program for Heroin Addicts: Retention in Treatment and Clinical Meaning

Buprenorphine is a major therapeutic option in the treatment of opiate addiction [1-13]. Peculiarly, increasing dosages do not grant higher and higher levels of agonism, but a plateau is soon reached due to it’s the high affinity to the μ-receptor (ceiling effect) [14-16]. In terms of anticraving action, the ceiling level of agonism seems to be equivalent to that provided by 80 mg of methadone. Differently from methadone, subjects with residual craving are challenged with strong opiate blockade, due to buprenorphine’s slow dissociation from receptors at high dosages, which may either cause treatment dropout or stabilisation, according to the strength of residual craving [17,18]. In fact, early attrition in buprenorphine programs seems to be related to withdrawal buffering, and does not vary according to dosage, due to limited agonist potency. On the other hand, for those who stay in treatment at anti-withdrawal dosages, higher dosages grant with better outcomes in fixed dose comparison studies [12]. However, it is not sharply clear whether the gap of effectiveness is mainly related to a higher level of agonism or the opioid blockade: In fact, some patients do respond to 2-4-6 mg regimens by a significant rate [2,19]. Moreover, equivalence to full-agonist methadone treatment has been shown at agonist equipotent dosages, with no clear indication of a greater effectiveness of buprenorphine-blockade to methadoneblockade regardless of the agonist effect [4,6,8,12].

Stable dosages produce stable results, whereas increasing buprenorphine dosage during treatment may produce gradual improvement in partial responders, as long as they are retained in treatment [6]. Therefore, in flexible dose regimens buprenorphine responders are expected to escalate gradually their dosage, proceeding from partial response to stabilisation.

Opiate blockade early in the course of treatment is best to discriminate responders from non-responders, and minimize attrition along ongoing treatment. Nevertheless, such a sharp discrimination may also cause dropouts to just fall out of treatment without keeping in touch with physicians. On clinical grounds, it would be important to foresee treatment termination in order to switch dropouts-to-be to a salvage program.

Our study aimed at ascertaining whether response/dropout from buprenorphine maintenance of unselected heroin addicts tends to happen before or after the achievement of opioid blockade (8 mg or more). A trend to drop-out before the achievement of stabilisation would indicate a major role of opioid blockade in conditioning retention, let alone the level and quality of clinical outcome.

We hypothesized that the course of dosages through time, i.e., the steepness of dosage escalation upward to the stabilisation values, may correspond to different outcomes. In other words, similar dosages may correspond to treatment termination or treatment successfulness according to the rapidity by which they are reached, and mirror different levels of opiate-balance.

Subjects were a series of consecutive patients admitted into the outpatient buprenorphine maintenance treatment program run by the VP Dole Research Group at the University of Pisa. Sixty-seven patients, who were being administered buprenorphine for the first time, were included in the study. Mean age was 31.74 ± 7.5 (range 16-45), 72.9% were male.

Sample features are shown in Table 1. Socioanagraphic variables and addictive features were registered by means of an anagraphic form and the DAH-S [20]. Diagnosis was made by two psychiatrists and confirmed by a senior psychiatrist according to DSM-IV criteria.

Buprenorphine was administered as an anticraving agent, in order to stabilise addictive behaviours while on treatment. No subjects were terminated because of enduring drug use, but buprenorphine dosage was increased as a trend in order to handle cravings and relapsing behaviour. No preset dose schedule was followed, and no dosage was regarded as too low as long as effective.

Student’s T-test with and χ2 test were employed to compare retained patients with dropouts, for continuous and categorical variables respectively.

At time of evaluation, 43 subjects (64.18%) had been retained in treatment for 341 ± 267 days on average. By the same term, the 24 dropouts (35.82%) had spent in treatment 69 ± 75 days on average. Time passed since treatment admission was 601 ± 116 days for dropouts: Retained subjects had been in treatment significantly longer than the average time to treatment termination of dropouts (Table 2). All subjects were started on medication on the first day, just after presentation, routine examination and data collection. For one male subject, deeper examination was considered necessary before treatment initiation, so that he was not excluded from the study sample.

All subjects were made aware they would have a different treatment chance by a different option that is methadone maintenance, in case buprenorphine would not prove effective, at any time.

This is a retrospective study analyzing the variables possibly affecting the outcome of buprenorphine maintained subjects. Usually relevant variables (e.g., Patient characteristics listed in Table 1) were all recorded, so that it can be ascertained which played a statistically significant role in influencing the outcome. Nevertheless, some unknown variables, out of a standard evaluation, may have also contributed to these results.

Dosages themselves are not dissimilar between groups. Although some subjects may have dropped out before week 2, the average values of one-week retained is slightly higher than dropouts’. Likewise, maximum dosages are higher in the dropout group, as a trend.

Also, dropouts tend to reach their maximum dosage soon before they leave treatment, whereas retained subjects reach their highest dosage longer before their observation term. Therefore, they seem to be actually stabilised upon such dosages.

Results indicate that rapid escalation to higher dosages is predictive of dropout. On the other hand, retained subjects reach similar dosages later in time, suggesting that increasing dosages are useful beyond reasons of opiate withdrawal, but contrast cravings and maintain adjustment on through the process of spontaneous rehabilitation.

The phenomenon (Figure 1) is likely to be the same which is responsible for the rapid selection of future responders when starting patients onto a buprenorphine treatment program. In that case, subjects who would not reach any equilibrium despite the highest effective dose are ruled out due to the rapid-onset narcotic blockade. In our study, differently, dropout takes place gradually during in the medium-term, spontaneously, as parallel to a rapid increase demand for opiate agonism, which is not prompted by buprenorphine above 16 mg, while narcotic blockade becomes absolute. Patients who do drop out from buprenorphine treatment programs, or fail to improve despite retention in treatment, should be shifted to the full-agonist option. Such a decision may be anticipated before reaching the ceiling effect after a rapid escalation. The advantage with respect of the rapid induction may be to be able to establish a therapeutic relationship with the patient during the first weeks of treatment, instead of just having them out of reach because of immediate dropout.

A rapid escalation in the need to adequate buprenorphine dosage, when starting from lower, anti-withdrawal amounts, is related to dropout during the following weeks of treatment. Patients who escalate slowly are more likely to stabilise, and do so at lower dosages than dropouts, which fall within the known effective dose-range.

The explanation of the selective effects of higher dosages of buprenorphine, beyond the precipitation of withdrawal, may be due the failure to compensate for craving in a subgroup of patients, despite higher dosages.

Copyright: © 2016 Pacini M, et al. This is an open-access article distributed under the terms of the Creative Commons Attribution License, which permits unrestricted use, distribution, and reproduction in any medium, provided the original author and source are credited. 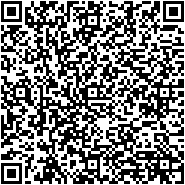