Copyright: © 2015 Mbonigaba E . This is an open-access article distributed under the terms of the Creative Commons Attribution License, which permits unrestricted use, distribution, and reproduction in any medium, provided the original author and source are credited.

Background: Worldwide, occupational health related injuries have become potential public health issue leading to disability and death causing abandonment of work. Rwanda is one developing country which is at risk of having work related injuries due to the fact that its industrial economy is growing at a very fast rate which has attracted many investors in industrial sector.

Conclusion: More than three quarters of the respondents reported having suffered from occupational health related injuries and these were physical injuries like falls, cuts and electrocutions and ergonomic related risks like fractures and dislocations.

Recommendations: The industry management should organize training and sensitization programs for the employees, hold regular meetings with employees to discuss on a number of health and safety issues.

Background to the Study

The main aim of the study was to assess the prevalence occupational health related injuries and use of safety measures among employees in brewery factory in Gisenyi district, Rwanda. The research was done for two months, August to October 2012, data was collected and analyzed and later the findings were presented in this report.

Recent estimates by WHO (2012) show that about 2.9 billion workers globally are exposed to hazards at their work environment (data on selected occupation risk factors).

According to Glodstein et al. (2001) and Manuaba (2001) it was reported that if the process of globalization is not carried out wisely, there will be an increase in the number of occupational health and safety problems, as well as of ergonomic problems, both in developing and developed countries[3,4]. By and large the safety of workers at their work places is still wanting in developing countries. Many studies have noted that many workers in the developing countries have continued to be exposed to work related risks at their works places [5-9].

According to the Bull et al. [10] report, it’s noted that brewery employees are mainly exposed to physical related risks which are typically attributed to heavy manual lifting and carrying crates of bottles and other raw materials; due to recurring work as well as packing and cleaning, and poor work postures caused by inadequate workstation and process activity design.

In Kenya it’s noted that manufacturing, construction and transport industries account for 41% of accidents, the machine operators and assemblers account for 28% of the risks while others occupants share 31% of work place accidents . This is an indication that these occupations are injury prone while matters of safety are treated causally by both employee and employers [11].

In Rwanda, like many other African developing countries following the civil wars of 1994 and 2009, her economy was dually affected. However, in the recent past following political stability the economy registered a notable growth and due to Rwanda’s favorable investment policy, there has been setting up of many industrial establishment and increased employment (PSF report 2009 Rwanda).

This chapter presents the study area, the study subjects, the dependent and independent variables, the sample size, the sampling procedure employed, the data sources and the study tools that were used for data capture, data management and analysis. This section also captures the ethical issues and the anticipated study limitation.

The study was conducted in Bralirwa industry which is the largest brewery and soft beverage company in the Republic of Rwanda. The Bralirwa brewery is located in Gisenyi approximately 117 kilometers (73 mi), by road, west of Kigali, Rwanda's capital city.

This was a descriptive cross sectional study employing both quantitative methods of data collection and analysis.

Observational check list was used to capture information on the hazards with the brewery environment like presence of excessive heat, dust, noise, warning signs or safety rules, use of the necessary personal protective equipment, presence of poorly installed electric wires or unguarded machinery or equipment and availability of copies of the most important safety and occupational health regulations

The study populations were brewery employees of Bralirwa processing industries in Gisenyi Rwanda. The respondents for the study were employees’ directly involved beer production.

Exclusion criteria: All Employees not engaged in the production process were excluded in the study because of less risk they are exposed to.

Yamane formula for sample size was used to calculate the sample size:

Where n: The total number of respondents required for this study

N: The population size of the workers from Bralirwa industry which is equal to 500.

From computation above the sample size is given by: 222 respondents. However, the researcher was only able to access 220 respondents. This number constituted the employees who worked at production section of whom formed the respondents of interest in this study.

Quantitative data collection methods were employed. A semistructured interviewer administered questionnaire and observational check lists were used to collect data. The questionnaire was designed in English and translated into local dialect-Kinyarwanda (the most commonly used local language in Rwanda). Interviews were conducted in either English or Kinyarwanda

Preparations for data collection: The researcher made preliminary visits to Bralirwa brewery to introduce the study, explain the study objectives and get acquainted with the ethical procedures of conducting research at the factory.

Field editing of data: Each questionnaire was checked for completeness by the research assistant at the end of each interview. The researcher cross checked the questionnaires after data collection and made observations for corrections. The questionnaire completion rate was 100%.

Quantitative data management: Quantitative data was checked for completeness, cleaned and entered in SPSS Version 17 Software. Data was validated for errors that could have occurred during data entry, coded (Outcome variable was coded as 1 when present and as 0 when absent) and exported to Stata 10.0 for analysis.

• The research assistants were trained on the study objectives, effective use of the data collection tools and good communication skills.

• The data collection tools were pretested to ensure clarity and accuracy in collecting the intended data.

• The questionnaire was translated to Kinyarwanda to ensure accuracy of data collected in local dialect.

• The research assistants were well supervised during data collection and ensured that correct procedures were followed.

• Observational checklists were prepared by the researcher

1. Quantitative data analysis: Data was analyzed using Stata 10.0 statistical package. The general characteristics of the study population are described using proportions for categorical variables. To estimate the proportion of employees using occupational safety measure and the numbers of employees who reported to have ever got occupational health related risks were established and expressed as percentages.

To assess factors associated use of safety equipment at work, the observational check lists were used. Also a semi structured tool was used to capture information on factors mentioned by the employees that they thought influenced use of safety equipment. Frequencies and percentages were generated and presented in tabular format and where possible the findings were also presented in form of graphs and figures.

Ethical considerations: Approval to carry on the study was sought from IHSU in collaboration with brewery industries in Rwanda. Ethical aspects also taken into account to the respondents to whom explanation of the purpose of the study and possible benefits of the study are explained; the respondents were assured of the confidentiality of their identity and information they gave during this study.

2. The study was limited by lack of willingness to give information regarding the work related injuries in brewery factory and also limited time available for respondents to be interviewed

1. Plan for dissemination: The study reports will be submitted to the International Health Sciences University School of Post-graduate Studies, as one of the requirements for the award of the Master of Science in Public Health degree. A copy will be given to the management of Bralirwa brewery.

This chapter presents the results from the assessment of the prevalence of occupational health risks and safety measures in brewery factory in Rwanda study. The study findings are presented according to the specific objectives.

The socio demographic characteristics of the respondents

3. The findings indicated that 86.4% (190/220) of the respondents reported having suffered from work. The work related injuries faced by the brewery employees were a result of physical, ergonomic and psychosocial hazards as shown in Figure 1. 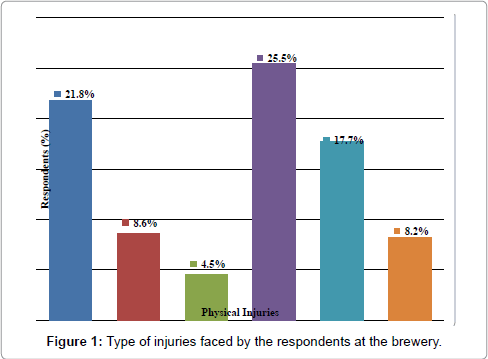 Figure 1: Type of injuries faced by the respondents at the brewery.

The physical injuries and ergonomic hazards

5. From observations carried out at the factory at the time of this study there was no excessive heat in the workplace and no workers were found sweating or without clothing. Similarly the researcher did not feel sudden heat on entering the industry.

Also there was no excessive dust at the work place. The researcher observed the workers eye brows, hair nostrils and clothes were not covered with dust particles.

These were not reported in this research. This could be attributed to probable low awareness of chemical and biological related injuries by the respondents

The causes of occupational health related injuries as reported by the respondents are presented in Table 2 below.

Multiple responses: From the observation checks, it was noted that the employees used the necessary personal protective equipment. Many of the workers were seen putting on safety devices at the time the researcher inspected the premises.

The socio demographic characteristics of the respondents

Majority of the respondents were male and many of them were in the age category of 31-45 years. The males world over form a majority of the employees especially in industries. This is due to the fact that most of the industrial operations require people who are young and energetic enough to execute activities therein. This finding in study is in line with the Employment to population ratio of Rwanda which reported that males of 15 years plus formed 84.50% as of 2010. Similar findings on employment in the formal sector showed that 55% of salaried workers were in the private sector and 82% were men (Imbonezamuryango, 1992).

Majority of the respondents had attained tertiary level of education. This was an indicator that the literacy level of the respondents was high. This finding is agreement with the findings in the Rwanda Demographic Survey Report, 2010 which shows that only 21 percent of men have attended post-primary/vocational, secondary, or tertiary education and about 16 percent of women have done so.

Almost half, 47.7% of the respondents were married, this finding slightly higher than the marital status reported in the Rwanda Demographic Survey Report, 2010. The Demographic survey findings reported that 35.1% and 34.1% of the females and males were married respectively.

Based on the study findings, more than three quarters of the respondents used protective wear. The main occupational health safety wear used by the respondents were gloves, ear plus, helmets, overalls and boots.

Other safety measures included availability of emergency facilities. The first aid kits, fire extinguishers, trained first aiders and occupational health safety guidelines were other safety measures found to be available at the brewery. This was an indicator that in case of an accident at the work place the first aid kits can be of importance and fact that there were trained first aiders, means that they can respond quickly to offer first aid to affected employees.

More than three quarters of the respondents reported having suffered from occupational health related injuries and these were physical injuries like falls, cuts and electrocutions and ergonomic related risks like fractures and dislocations.

The industry management should organize training and sensitization programs for the employees, hold regular meetings with employees to discuss on a number of health and safety issues. 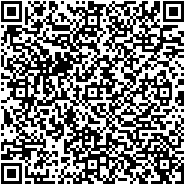