Although scientists add genes to crops via crop breeding, the breeding progeny is not considered a GM crop because the inserted genes and their regulatory sequences belong to the same host crop genus or in rear cases (for example, in case of cross breeding of oat and barley), to the host’s cross breedable crop.

If the donor gene and all of transgene’s regulatory sequences belong to the same crop species or belong to the host’s cross breedable species, the resulting crop is called “cisgenic”. In the cisgenic technology, the cisgene must be an identical copy of the host’s native gene cassette, including its regulatory sequences integrated in the host plant in the normal-sense orientation.

The crop intragenic is a technology that inserts gene cassettes containing specific genetic sequences from crops that are belonging to the same breedable gene pool into a host crop genome. In this case, the gene coding sequences (with or without introns) can be regulated by promoters and terminators of different genes as far as those genes that contribute towards the transgene regulation belong to the same cross breedable gene pool [3].

Crop RNA interference (RNAi) is a technology performed to down regulate the transcription of a particular host’s native gene. In this technology, the gene to be down-regulated always belongs to the same host crop. However, its regulatory sequences could belong to the same host plant, to any cross breedable crop, or to any other living organism. Therefore depending on the sources of the regulatory sequences, the gene down-regulated crops could fit under the transgenic, cisgenic or interagenic catagories. For example, the RNAi technology used to down regulate the expression of corn cinnamoylcoenzyme A reductase (CCR, a native gene that is associated with lignin biosynthesis) could be considered intragenic [4] because the promoter regulating the CCR down regulation belongs to the Asteraceous chrysanthemum, a plant that cannot be cross bred with maize plant.

In transgenic, intragenic and cisgenic technology, the gene cassettes are randomly inserted into the host crop genome. Because an in vitro selectable marker is needed to efficiently develop any of the above genome modified crops, the origin of the selectable marker coding sequences and their regulatory sequences will also follow the above transgenic, intragenic or cisgenic concepts.

When the gene gun is used to insert gene cassettes into a host crop genome, the concepts are easier to follow because only the gene cassettes can be inserted into the host genome. However, when Agrobacterium DNA delivery system is used to modify a crop genome, the intragene must be inserted “within borders isolated from the sexually compatible DNA pool” called P-DNA (instead of T-DNA) borders [3].

Genome editing is also used to improve crop traits. For example, ZFN system was used to precisely and site-specifically insert a transgene expression cassette in order to develop a particular herbicide-tolerance in corn crop [5]. Also, Shan et al. developed aromatic rice via TALEN, and developed wheat plants resistant to the powdery mildew via the CRISPR/Cas system [6,7].

An ideal scenario of genome editing will be to avoid insertion of any non-crop genetic sequences to the host crop genome as much as possible, and then to excise the entire non-plant sequences (such as the selectable marker genes, the Cas, etc) should they be necessary in the process of adding a cisgene to a crop genome.

All of the above crop genome editing technologies require an in -dept knowledge of genomics complemented by crop genetic engineering, there are multiple number of companies (for example; Sigma-Aldrich, Clonetech and Addgene) that already sell genome editing vectors and services to the interested scientific teams.

Regardless of which of the genome editing systems are used, the crop that is genome edited is called “subgeneic” [9] and the technology associated with development of subgenic crops is a fast growing technology with a hope to result in the crops of the 21st century that can meet the needs to feed the ever growing world population with the least controversies and public concerns.

The controversies and public concerns are not only on the use of GM technology; rather they are also about intellectual property law where biotech companies can play monopoly for increasing of the food prices almost at their discretion. In this case, all of the above technologies are subject to IP leading to litigations and possibly to international trade disputes. Although public concerns might be valid to some extent, scientists must not slow down on advancing of these promising technologies because such advancements may well lead to yet more powerful technologies in favor of public.

Copyright: © 2015 Sticklen M. This is an open-access article distributed under    the terms of the Creative Commons Attribution License, which permits unrestricted    use, distribution, and reproduction in any medium, provided the original author and    source are credited. 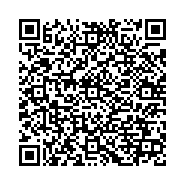