Trying Times at the Special Tribunal for Lebanon

Copyright: © 2014 Swart M. This is an open-access article distributed under the terms of the Creative Commons Attribution License, which permits unrestricted use, distribution, and reproduction in any medium, provided the original author and source are credited.

16 January this year was a historic day for Lebanon and for international criminal justice. On that day the Special Tribunal for Lebanon held its first trial, Ayyash. Remarkably for an international trial, none of the four accused were present in the courtroom. Since the STL allows for trials in absentia, the trial proceeded without the presence of the four accused. The Special Tribunal for Lebanon (STL) is among the lesser known of the network of international criminal courts and tribunals that have sprouted since the mid 1990’s. The Tribunal was erected to try those who were responsible for the explosion in downtown Beirut which killed former Lebanese Prime minister Rafik Hariri and killed and injured many others on 14 February 2005. In the aftermath of the explosion that killed Hariri Lebanon asked the United Nations to conduct an international investigation into the assassination and to try those responsible for Hariri’s death. The tribunal opened in 2009 in Leidchendam near The Hague. As in the case of the Yugoslavia and Rwanda Tribunals, the court was established by way of UN Resolution under Chapter VII of the UN Charter which means that all UN states are obliged to cooperate with the Tribunal.

One of the most unusual and unique procedural features of the Special Tribunal for Lebanon is that the tribunal allows trials in absentia. Trials of this kind, which allow for the accused to be absent from the trial, are widely considered to infringe on the rights of the accused and on human rights. Indeed, in the Nuremberg War Trials, the models for the Yugoslav Tribunal, Hitler’s secretary, Martin Bormann, was tried, convicted, and sentenced to death in his absence. The statute establishing the International Military Tribunal explicitly authorised such trials. The rationale for trials in absentia is that justice should not be thwarted by the will of the accused or by a state which refuses to hand over an accused. In the years since Nuremberg trials in absentia fell out of favour because such trials are seen as violating the rights of the accused. None of the other international criminal tribunals, such as the Yugoslavia Tribunal or International Court, allow trials of this kind. Interestingly, the ICC opened the door to the possibility of trials in the absence of accused. As a result of the controversy surrounding the question of whether Uhuru Kenyatta and William Ruto should be obliged to attend their trials in The Hague, the Assembly of States Parties (ASP) modified its rules to permit heads of state to be tried by the ICC in absentia. The possibility for defendants not to attend an ICC trial has to be seen as a partial victory African Union since it was done as a result of the considerable pressure the African Union placed on the Assembly of States Parties.

Under the STL statute, trials in absentia are only possible under strict conditions. Such trial can only take place if the accused has waived the right to be present, if the accused has fled or cannot be found or if the state concerned has not handed the accused over to the tribunal. It is important to note that an absent accused must be represented by defence counsel before the tribunal. Controversially, an accused who does not appear for trial can ask for a retrial once the case is over. This right to a retrial has led many to fear that the Tribunal will never close its doors.

Whereas many have criticized the Tribunals’ resort to trials in absentia, arguing that such trials hamper the defence counsel’s ability to mount a proper defence, the STL has developed interpretative practices to ameliorate the harm to the accused. The judges generally follow the purposive approach to interpretation which means that the judges apply the Tribunal’s trial in absentia provisions in a manner that is consistent with international human rights jurisprudence. Some scholars believe that as long as human rights guarantees are observed it makes no difference whether an accused attends a trial in person or via skype.

Judge Sir David Baragwanath, President of the Tribunal, believes that the STL can contribute to the rule of law in Lebanon by objectively dealing with the cases and being seen to do so. Whether the public needs to physically see the accused in court is a matter of debate. What cannot be debated is that a less-than-procedurally-perfect trial is better than perpetuating a culture of impunity. 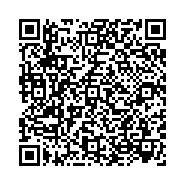