The use of environmental enrichment has been found to be beneficial in fish rearing performance and behavior. This study evaluated the effects of partial overhead cover and rearing tank substrate on the hatchery performance of juvenile rainbow trout Oncorhynchus mykiss. Four treatments were used in circular tanks: open tanks with concrete blocks, partially-covered tanks with blocks, open tanks with no concrete blocks, and partially-covered tanks with no blocks. There was no significant effect of concrete block substrate use on rainbow trout weight gain or feed conversion ratio. However, fish reared with overhead cover had a significant weight gain increase and a significant feed conversion ratio decrease compared to uncovered tanks. There was no significant interaction between cover and substrate. The use of overhead cover is recommended to increase trout rearing performance in circular tanks.

Salmonids in their natural environment use structures such as rocks and logs as cover [1], suggesting that the enhancement of relativelysterile hatchery rearing environments with submerged structures may be beneficial. Previous studies examining environmental enrichment techniques have noted that the addition of structure may increase competitive behavior and foraging skills in domesticated fish [2-4] as well as improve fish swimming ability and adaptability to new environments [5]. Vertically-suspended structure has also been observed to improve fish weight gain during hatchery rearing [6].

While the effect of environmental enrichment on rearing performance and post-stocking acclimation may be beneficial for fish, many aspects of adding structure to rearing tanks make it unreasonable for hatcheries to implement these techniques. For example, many studies have placed natural materials such as woody debris, plants, and root wads on the bottom of hatchery rearing tanks [2,7-11], but those materials may interfere with the self-cleaning nature of circular rearing tanks by altering water flow patterns. This leads to more frequent tank cleanings because of an increase of food and feces trapped in structures [12]. In addition, the presence of substrate in tanks allows for more area for pathogens to survive [13].

Research on environmental enrichment techniques other than inwater structure, particular those involving overhead cover, has also been conducted. Trout show a definite preference for cover in artificial tanks [14]. The use of partial and near-total overhead cover during hatchery rearing has been shown to improve trout growth and feed conversion [15-17], as well as improve fish health [18]. An evaluation of both overhead cover and in-water structure has not occurred.

The objective of this study was to evaluate the effects on juvenile rainbow trout Oncorhynchus mykiss rearing performance in circular tanks with bottom structure (concrete blocks) and partial overhead covers when used alone and when used in combination. 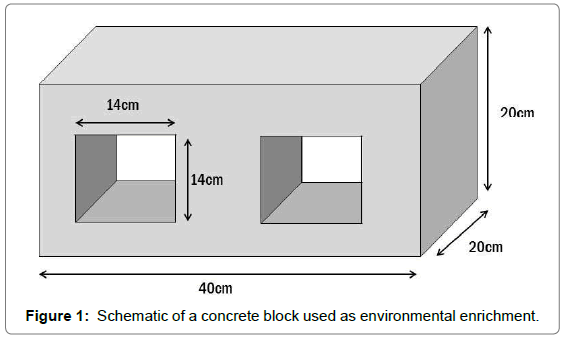 Figure 1: Schematic of a concrete block used as environmental enrichment. 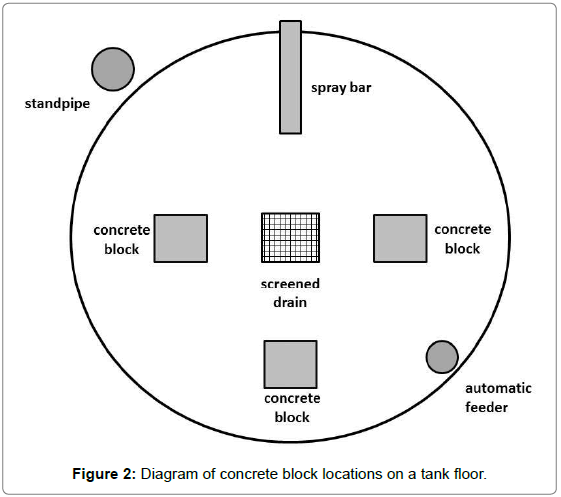 Figure 2: Diagram of concrete block locations on a tank floor.

On 7 November, 2014, 2,000 (2.72 kg) rainbow trout (mean ± SD, weight 1.36 ± 0.32 g, length 50 ± 4 mm; N=30) were placed into each of the 12 tanks. Feeding commenced the following day with 2.5 mm classic trout diet (Skretting, Tooele, Utah, USA). Feed was dispensed with an automatic feeder every 15 minutes during daylight hours. Fish were fed to apparent satiation, with feeding rates based on the hatchery constant method [19]. Fish were reared for ten weeks with a projected growth rate of 0.080 cm/day and an anticipated feed conversion ratio of 1.1. A total of 17.01 kg was fed to each of the tanks. At the beginning and end of the experiment, fish length was recorded to the nearest 1.0 mm and weight to the nearest 0.01 g. Total tank weights to the nearest 0.01 kg were obtained at the beginning and the end of the experiment using an Ohaus model T1XW scale (Parsippany, New Jersey, USA). Tanks were cleaned weekly with mortalities removed and recorded daily. Tanks received ambient light from 0.5 m high translucent panels located just below the tank room ceiling. Overhead electric lights were only turned on daily for approximately 15 minutes during tank cleaning and mortality removal. All tanks were cleaned on the same schedule, predicated by observable waste accumulation on or near the screen (Figure 3). 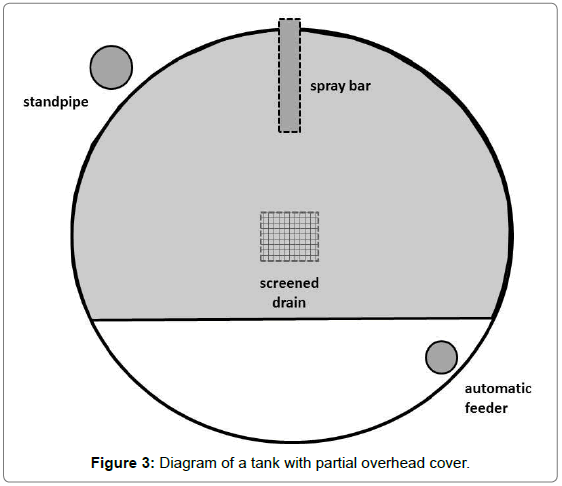 Figure 3: Diagram of a tank with partial overhead cover.

The following equations were used:

Means in a column within a treatment with different letters are significantly different (N = 6, P < 0.05).

Adding substrate to the tank floor did not lead to any significant improvements in fish rearing performance. These results are similar to Brockmark et al. [9], who found no significant difference in fish rearing performance with the addition of plastic plants and rocks to tank bottoms. Although neither this study nor Brockmark et al. [9] found significant benefit with the use of environmental enrichment, benefits from the addition of structure in tanks has been found in other studies [2,6]. One difference that could account for the significant results of Kientz and Barnes [6] is the placement of structure in the tank. Both this study and Brockmark et al. [9] added structure to the tank floor while Kientz and Barnes [6] suspended structure from tank covers. As also observed by Baynes and Howell [13], the presence of the concrete blocks in this study interfered with the self-cleaning nature of circular tanks by trapping feces on the bottom of the tanks, thus requiring more frequent tank cleanings.

Although structure may provide extra surface area to harbor pathogens or fecal matter [12,13], there was no difference in mortality among the treatments. Although fecal matter did accumulate, the concrete may have not been a suitable substrate for bacterial growth or bacteria endemic to the concrete may have competitively displaced pathogen bacteria [20]. Additionally, the limited number of the relatively smooth blocks, and their design with two large holes may not have provided enough surface area protected from the current to produce excessive microbial growth [21].

The use of environmental enrichment can be beneficial during salmonid rearing [2,6], but not all enrichment techniques are equally effective in improving fish rearing performance. The use of concrete blocks on tank floors as a method of enrichment is not recommended because of a lack of significant effect on fish growth, as well as increased demands on routine cleaning. The use of cover is recommended as a beneficial technique for fish rearing performance with minimal interference with tank cleaning.

We thank Kati Krebs, Wyatt Krebs, Patrick Nero, and Tim Parker for their assistance with this study.

Copyright: © 2017 Crank KM, et al. This is an open-access article distributed under the terms of the Creative Commons Attribution License, which permits unrestricted use, distribution, and reproduction in any medium, provided the original author and source are credited.