Use of Protozoa for Assessing Water Quality in a Humid Subtropical Urban Wetland Ecosystem, Southern China

Copyright: © 2016 Hou C, et al. This is an open-access article distributed under the terms of the Creative Commons Attribution License, which permits unrestricted use, distribution, and reproduction in any medium, provided the original author and source are credited.

Multivariate bioassessment based on community data has many advantages to assess environmental quality status in aquatic ecosystems. However, there are few reports on their use for bioassessment in subtropical wetland systems. In this study, the protozoan microfauna and their use in evaluating water quality status was investigated in a humid subtropical urban (XiXi) wetland system in southern China, during the period of June 2013-May 2014. Samples were collected every month at six sampling stations within different pollution/eutrophication levels. A total of 85 protozoan species were recorded, including 67 ciliates, 10 flagellates, 8 sarcodines. A clear variation on spatial scale in protozoan community structures were represented at the six stations. Multivariate approaches revealed that the variations in the community structure were significantly related to the changes of environmental variables, especially nutrients ammonia-N (NH4-N), nitrate-N (NO3-N) and total phosphorus (TP), alone or in combination with water temperature (T) and dissolved oxygen (DO) and Four dominant species (Euglena acus, Cucurbitella mespiliformis, Codonella acutula and Hemiophrys punctata) were significantly correlated with nutrients. Otherwise, the species richness, diversity and evenness indices represented significant correlations with the nutrients. The results demonstrate that the community-based bioassessment using protozoa may be used as a feasible protocol for determining the water quality status and human disturbance in a humid subtropical urban wetland system.

Protozoa have many advantages for assessing water quality, such as short life generations and more rapid response to environmental stress than metazoa [1-6]. As an important component of microfauna, protozoa play crucial roles in mediating carbon and energy from bacteria and microalgae to high trophic levels in aquatic microbial food webs, even in extreme environments [7-12]. Thus, special attention has been focused on bioassessment using protozoa as a robust bioindicator for evaluating water quality [13-15]. So far many investigations on such monitoring programs have been carried out based on ecological features at species/population resolutions (e.g. indicator species) or functional parameters (e.g. colonization rate) mainly in freshwater systems (e.g. lake and river) [13]. However, little information on community-based bioassessment using protozoa have been documented in subtropical wetland systems [13,16,17].

Xixi Wetland is the first and a unique national wetland park with integration of domestic urban, farming and cultural wetland in China. It is located in the center area of Hangzhou city, southern China, with an area of 10.08 km2. Of the total area, 46% is covered with variety of creeks and ponds [18]. As a humid subtropical urban wetland ecosystem, so far it have intensively been utilized for tourism, recreation, sedimentation and water supply, and thus is of a great conservation value for controlling flood, resisting drought, regulating climate, controlling soil erosion [19]. However, the water quality status of Xixi wetland has been seriously influenced by human activities such as tourist, industrial and agricultural activities [20]. In recent years, a range of ecological issues on water quality monitoring have been studied in freshwater river systems and subtropical canals [5,17]. However, few works on community-based bioassessment using protozoa in Xixi Wetland have been conducted.

In the present study, the protozoan community patterns were studied during a 1-year cycle (June 2013-May 2014) at six sampling stations in Xixi Wetland, southern China. Our aims were focused on: (1) the species composition of protozoa, (2) spatial variations in community structure of protozoa, (3) relationships between the variation in community patterns and changes of environmental variables, and (4) the applicability of bioassessment using protozoa as a robust bioindicator of water quality in freshwater humid subtropical urban wetland ecosystems.

A 1 year baseline with 12 sampling event were conducted from June 2013 to May 2014. At each station, 12 samples were collected (at 8–12 o’clock on day 15) every month. For quantitative and qualitative analyses, a mixed water sample of total 1,000 ml from three layers (upper, mid and bottom) in water column was taken at depths of 1–3 m. The fixation of water samples were carried out by adding Lugol’s iodine solution at 2% concentration (volume/volume), and the final volume of 30 ml concentrated sediments were extracted after settlement for 48 h For quantitative analyses of protozoa, a 0.1 ml subsample of each final concentrated sediment was examined in a Perspex chamber, and the protozoan individuals were counted under a light microscope at a magnification x400. For enumeration, a total of five subsamples (0.5 ml) were checked and yielded a coefficient of variation at <8% level. [21]. For species identification, the published references, such as Shen et al. [13], Patterson and Hedley [22] and Foissner et al. [23], were used. The taxonomic schemes used were according to Levine et al. [24].

The values with mean and standard deviation (SD) was applied to describe and to evaluate the variations of the physicochemical variables among sites. All univariate correlation analyses were computed using the software SPSS v16.0. Data were log-transformed before analyses [5].

Multivariate analyses of protozoan communities and their relationships to changes of environmental variables were carried out using the PRIMER v7.0. Protozoan species-abundance data were fourth-root transformed before the Bray-Curtis similarity matrix was constructed while environmental variable data were log-transformed/ normalized before the Euclidean distance matrix was computed. The routine Bootstrap Average analysis was used to summarize the spatial patterns of both biotic and abiotic samples based on Bray-Curtis similarity and Euclidean distance matrices, respectively [27-29]. The routine ANOSIM (analysis of similarities) was used to signify the differences in samples among sampling stations; the routine RELATE was utilized to test the significance of biota-environment correlations; and the SIMPER (similarity percentage) analysis was used to summarize the contributions of protozoan species to communities [27,30]. The routine BIOENV (biota-environment) was run for exploring potential matching between biotic and the abiotic data [27]. Figure 1: Sampling stations (A–F) in Xixi Wetland, Hangzhou, South China. Stations A/B most stressed in Xixi Wetland near the Tourist wharfs, the pollution being mainly in the form of organic pollutants and nutrients from domestic sewage; stations C/D moderately polluted by domestic sewage from hotel and street market; Station E located in the outlet of the Xixi Wetland was stressed by pollutions. Station F was relatively clean area due to its position in the central of Xixi wetland which was distant from the pollution source.

A total of 85 protozoan species, including 67 ciliates, 8 sarcodines and 10 flagellates, were identified in total 72 samples during the study period. The special species distribution among six stations was summarized in Figure 3a. By cluster analysis, the 85 species were resulted in falling into seven groups (I–VII) at a 50% similarity level. For example, group I included 25 common species with high occurrence, while the other six groups (II–VII) composed of taxa with low occurrence: six common species (e.g. Cucurbitella mespiliformis, Euglena oxyuris, Euglena acus, Euglena caudata, Hlateria grandinella and Tintinnopsis wangi) in group I appeared over all six stations, eleven (78.6%) species (e.g. Nassula aurea and Hemiophrys meleagris) of group III occurred independently at station A, four (23.5%) (e.g. Colpoda patella, Arcella hemisphaerica and Lagynophrya retractilis) of group II at station B, all four forms (e.g. Euglypha tuberculata and Astylozoon faurei) of group VI at station C and all six species (e.g. Tetrahymena priformis, Trachelophyllum pusillum and Colpidium colpoda) of group VII at station D (Figure 3).

The spatial variations in species number and abundance of protozoan communities among six stations are summarized in Figures 3a and 3b. In terms of species number, the ciliates were the primarily contributors to the species compositions over all stations (Figure 4a), while the flagellates account for a dominant position at stations F on abundance (Figure 4b). The high and low species numbers were found at stations A/B and D/F (Figure 4a), but the high and low abundances were at station A/C/F and D, respectively (Figure 4b). Noted that the spatial pattern of the communities were consistent with the spatial variation in the water quality from stations A/B to F. Figure 3:A dendrogram of the species distribution using group-average clustering on Bray-Curtis similarities for fourth-root transformed species abundance data of each species within the protozoan communities from six sampling stations in Xixi Wetland, southern China, during the study period. Abundance (ind l-1): ++++>1,000; +++100–999; ++10–99; +0–9. Figure 5:Multidimensional scaling (MDS) ordinations based on bootstrap average analysis for spatial patterns of environmental conditions (a) and protozoan communities (b) among six sampling stations in Xixi Wetland, southern China, during the period.

Relationship between biotic and abiotic variables

The values of species number, richness, evenness and diversity represented a significant or a strong significant correlation with nutrients (NO2-N, TP or TN or NH4-N) (Table 2 and Figures 2 and 6). The evenness and diversity represented a significant negative correlation with T (Table 3). The four species (Euglena acus, Cucurbitella mespiliformis, Codonella acutula and Hemiophrys punctata) from 9 dominant protozoan species were significantly related to nutrients NH4-N, NO3-N, NO2-N, TN or TP or significantly negative correlated with T (Table 3).

Up to now, a number of ecological studies demonstrated that multivariate analyses are more powerful for discriminating patterns of communities on spatial and temporal scales, in particular for summarizing relationships between community patterns and environmental changes [31,32,34]. In our study, the statistical multivariate tools demonstrated a significant correlation between the community patterns and the spatial variations in environmental variables. Otherwise, among 9 dominant protozoan species four forms, Euglena acus, Cucurbitella mespiliformis, Codonella acutula and Hemiophrys punctata were identified to be significantly correlated with nutrients. These findings suggest that the community-based bioassessment using protozoa may be used as a feasible protocol for assessing the water quality in the humid subtropical urban wetland systems.

The species number, individual abundance and three biodiversity (species diversity, evenness and richness) indices have widely been utilized as a useful indicator to evaluate water quality in many aquatic environments [33]. For example, the high levels of species richness, and low abundance occur in normal water bodies [4,26,32]. In our study, the species number and the three diversity indices were generally correlated with nutrients. This implies that these ecological parameters of protozoa fauna may be used as useful indicators of water quality in mid-tropical wetland systems.

Connell [34] suggested that with small environmental stress raise, the diversity will be increased because of the decreasing competition, while if the environmental stress increases up to a higher point, the diversity starts to decrease then. Thus, increased eutrophication could lead to either an increase or a decrease in diversity for a certain community. In our study, the three diversity indices of protozoan communities at station F were lower than stations A and B, although latter stations were more polluted than the former.

In summary, the protozoan fauna showed a clear spatial variation among the six sampling stations. Multivariate approaches demonstrated a significant correlation between the spatial patterns of protozoan communities and the changes of environmental variables, especially the combination of nutrients and DO. Four dominant species were found to be significantly related to with nutrients. The species richness, diversity and evenness indices were significantly correlated with the nutrients. The results demonstrated that the community-based bioassessment using protozoa may be used as a feasible protocol for assessing the water quality in humid subtropical urban wetland systems.

Table 1: Best matches of environmental variables with spatial variations in the protozoan abundances at six stations in the Xixi Wetland, southern China, during the study period 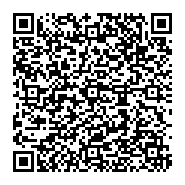