Wheat is important staple in the Republic of Croatia, due to its use in nutrition (high protein and fiber) and economic value. In the period from 1930 to 1939 the lowest wheat production occurred (4,40,000 t, with average yield of 1.1 t ha-1). The highest wheat production was in the early 90s of the last century (1,602 200 t; 5.0 t ha-1). In those years in the Republic of Croatia, wheat was produced on the area of more than 3,00,000 ha. Despite sharp decline in the period from 2000 to 2012, wheat was still one of the leading cereal crops in Croatia (from 1,46,253 to 1,86,949 ha) [1,2]. In 1957 Italian varieties have been imported (San Pastore, Leonardo, Libellula and Abodanza). Due to winter sensitivity of Italian varieties, in 1963 the varieties of the former Soviet Union (Bezostaja 1, Aurora, Caucasus, Jubilejnaja, etc.) were imported, which had winter resistance but also a longer vegetation period which was unsuitable for Croatian growing areas. Varieties from both introductions were used in crosses in the past.

The most important growing areas for bread wheat are located in East part of Croatia (Slavonia and Baranja County). Apart from this region where the highest yield could be achieved, wheat is also cultivated in central south part of Croatia, including more poor soils, which decreases average yields.

In Croatia wheat yield was increased from past till now (Figure 1). The increase of yield was in turn the consequence of the decrease of plant height and of higher grain number per square meters of modern cultivars, as in the other countries across Europe [3-5]. By selection for higher yield indirectly varieties for lower protein were chosen, which could be explained by increased amount of carbohydrates [6]. Depending on the quality, Croatian wheat grain has 10-17% of protein content; test weight can vary from 60 to 85 kg hl-1 and 1000 kernel weight from 25 to 55 g [7]. In general, higher protein content can indicate flours with higher water absorption, stronger and more extensible dough properties and better baking performance, and also quality of the flour is examined by the rheological properties of dough (farinograph and extensograph) regularly. As regards the allelic composition of the Croatian winter wheat varieties, three patterns were observed at the Glu-A1 locus (N, 1, 2), at Glu-B1 (7+8, 7+9) and at Glu-D1 (2+12, 5+10) [8,9]. 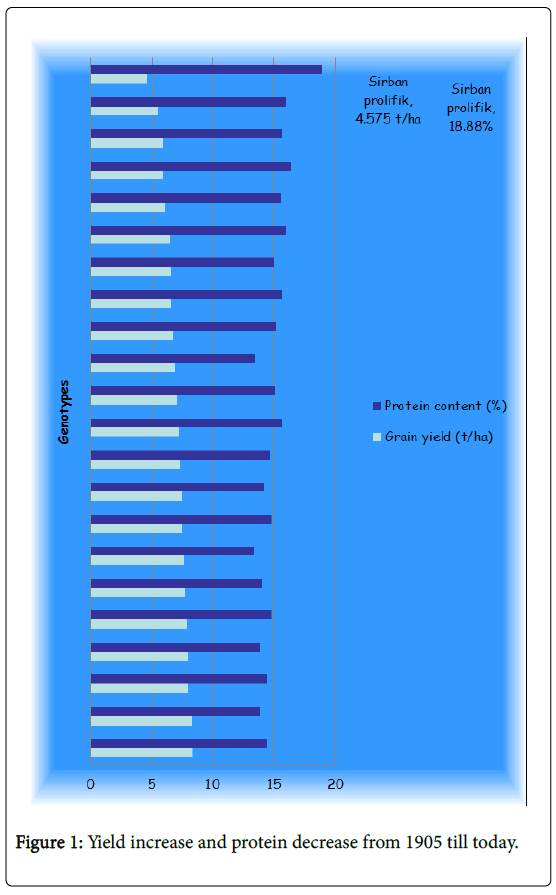 Figure 1: Yield increase and protein decrease from 1905 till today.

Copyright: ©2017 Spanic V, et al. This is an open-access article distributed under the terms of the Creative Commons Attribution License, which permits unrestricted use, distribution, and reproduction in any medium, provided the original author and source are credited.