Bipolar disorder is a chronic neurological disorder. It is the 6th major ailment which affect 1% of the world population. Lithium is the only classic drug available because the molecular mechanisms of remain unclear. It is difficult to establish in vitro adequate models for pathological analysis because of the heterogeneity of this disorders. The active principle of herbal preparations like ginseng, ephedra sinica, Brindle berry, clove etc. are able to decrease the symptoms of bipolar disorder. Zebrafish and human share 71% of the same genes and 82% of genes associated with human diseases and rapid development and easy to handle. Due to this fact scientist improved the usage of Zebrafish in preclinical screening, as a prominent model in drug discovery and development for neurological disorders. Different procedures are available to study the stress or depression level. They are highly sensitive to psychotropic drugs and different methods like novel tank test, light and dark box method, cognitive model, social model and net stress model are some of the behavioral models performed on Zebrafish. Our work summarizes the growing utility of Zebrafish in pharmacy research and its benefits to overcome the hurdles in the discovery of drugs for neurological disorders.

Bipolar disorder is a chronic mental disorder and it is also called as manic depression sickness [1]. It is the 6th major causes, between at the age of 19 to 45 years and the average age-of-onset is about 25years, but it can also occur in the teens, or more uncommonly, in children [2,3]. It’s approximately over 1.1 billion peoples had a mental disorder in 2016 [4]. If bipolar disorder is not given medically it left untreated. However, with a good therapy plan including psychotherapy, medications, a healthy lifestyle, a regular schedule and early identification of symptoms, many people live well with the condition [5]. This disorder has four basic types, bipolar I disorder, with mania and typically repeated depression, and bipolar II disorder, with repeated major depression and hypomania. Patients with bipolar disorder spend the time in experiencing sadness [6]. Cyclothymic Disorder or Cyclothymia is a chronically unbalanced mood state in which people experience hypomania and mild depression for at least two years. People with cyclothymia may have brief periods of common mood, but these periods last less than 8th weeks. Bipolar Disorder, “other specified” and “unspecified” is when a person does not meet the criteria for bipolar I, II or cyclothymia but has still experienced periods of clinically significant abnormal mood elevation [7]. 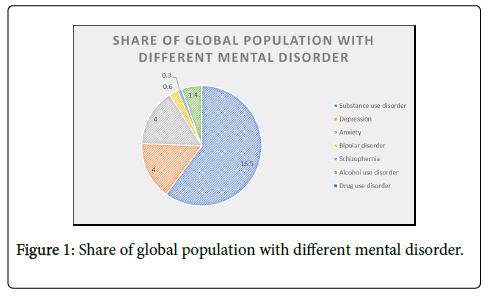 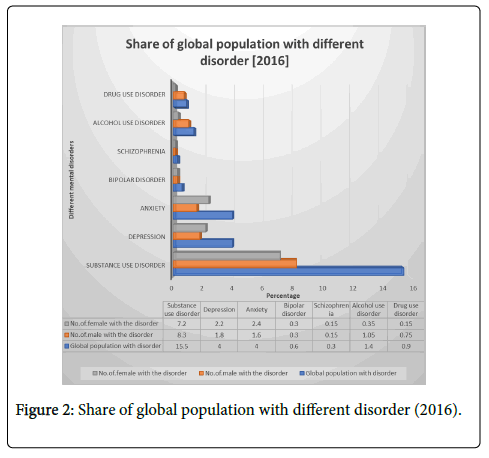 Bipolar disorder has been thought to be a deficiency of the monoamines in the cortical and limbic systems called the monoamine hypothesis (serotonin, norepinephrine and dopamine). The pathophysiology of depression is also explain by a newer neurotropic hypothesis. It suggests that certain nerve growth factor, like brain derived neurotropic factor (BDNF), control neurogenesis. Loss of the neurotropic effects leads to atrophic changes in certain parts of the brain and is associated with depression.

Mechanism of Action for Bipolar Disorder

Lithium can complete with and replace sodium at many sites including neurons. It may alter neuronal functions resulting in its mood stabilizing effects.

Lithium inhibits the receptor mediated activation of G proteins in the CNS. This action could be responsible for its mood stabilizing action.

Lithium inhibits the release of noradrenaline and dopamine from the nerve terminals. Lithium also prevents the super sensitivity of the receptors induced by dopamine antagonists (Antipsychotics).

Lithium interferes with the regeneration of inositol. It inhibits inositol monophosphatase and other enzymes are thereby inhibits the conversion of IP3 inositol, leading to a depletion of phosphatidyl insorbitolplate (PIP2). This results in a reduction in the formation of the second messengers IP3 and DAG leading to a reduction in the receptor activity. Lithium selectively inhibits signal transduction in the hyper functioning neurons as seen in mania.

• Trust that nothing is wrong

Mood stabilizing for the treatment of mania.

Maintenance therapy: Use of first line drugs like Lithium for high quality and effective

Herbal preparation is given below in Table 2.

Zebrafish are freshwater fish that, over the last forty years, has become a popular model organism for researches into vertebrate genetics, development, regeneration, and toxicology [25]. Both larval and adult Zebrafish have many behaviours amenable to study more human related diseases. The Zebrafish genome has been completely sequenced and the majority of genes are common to humans with 84% of genes known to be associated with human disease having Zebrafish counterparts [26].

Bipolar disorder is a chronic neurological disorder. Bipolar is not curable disorder. Lithium are the classic drug is given with other drugs to decrease the signs and symptoms. The herbal preparations like ginseng, ephedra sinica, Brindle berry, clove etc. used to decrease the symptoms. Zebrafish (Danio rerio) are the freshwater fish it is related to human diseases. Different procedures are available to study the stress or depression level. Experimental animals like mice and fishes are used for neurological disorders nowadays. Different methods like novel tank test, light and dark box method, cognitive model, social model and net stress model are some of the behavioral models performed on Zebrafish and in mice forced swim test and tail suspension test are the methods used for researches.

Copyright: © 2020 Andrew JD, et al. This is an open-access article distributed under the terms of the Creative Commons Attribution License, which permits unrestricted use, distribution, and reproduction in any medium, provided the original author and source are credited.