The Eastern oyster (Crassostrea virginica), is densely populated in estuarine areas subjected to various abiotic and biotic factors. The density of C. virginica along the Atlantic coast of U.S. has declined to 1-3% of historic population level. Anthropogenic influences exacerbate stress on oyster populations by continuously modifying estuarine salinity gradients. One of the limiting environmental parameters is manipulating the osmotic conditions. Our objective in this study was to investigate Eastern oysters’ tolerance to a wide range of salinity levels. The varying salinity regimes include 36ppt, 32.5ppt, 25ppt, 18ppt, 11ppt (control) and 3.5ppt through in vivo experimentation by monitoring sensitivity on respiratory functions (gaping) and mortality during 7 days. The influence of various salinity concentrations on oysters was analyzed and compared through Fischer’s Pair wise test using Graph Pad software where significant P value was observed for 11ppt that differs from other treatments. Our study shows that oysters can tolerate both hyper-saline and a hypo-saline concentration for a temporary period but an optimal salinity level of 11ppt is required for their survival. The least amount of gaping was experienced under a hypo-saline condition (3.5ppt). This study shows that oysters’ respiratory function and survival rates are affected by the salinity changes which reflect the natural conditions where anthropogenic effects on water bodies decrease the oysters’ population that is a significant part of the ecosystem in the Yuna-Samana Bay Estuary. The timing and magnitude of deleterious effects of climate change on aquatic systems have yet to be determined for this system. However, precautions to mitigate repercussions must be undertaken now if we are to have any hope of protecting this valuable natural resource.

Copyright: ©2012 Stampul PM, et al. This is an open-access article distributed under the terms of the Creative Commons Attribution License, which permits unrestricted use, distribution, and reproduction in any medium, provided the original author and source are credited. 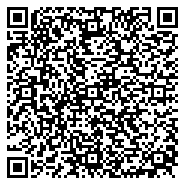