Bisphenol A (BPA) and S (BPS) are synthetic compounds of immense commercial importance and are present in various industrial products, especially in packaging for food and beverages. Both compounds were shown to mediate estrogenic activities. In various studies, BPA was demonstrated to induce cytotoxic effects in the cardiovascular system as well as in the kidney. Similar to BPA, BPS was also found to mediate cardiotoxic activities. However, potential nephrotoxic effects of BPS as shown for BPA were not investigated so far. In this study, we set out to characterize the influence of BPS and BPA on human embryonic kidney cells (HEK293) in a comparative manner. Gene expression was analyzed by real-time PCR and Western blotting and cell viability was determined by a calcein acetoxymethyl assay. Here, we showed that low concentration (0.1-10 μM) of BPA and BPS had no significant influence on viability or gene expression in HEK293. In contrast to BPS, high amounts of BPA (1000 μM) decreased HEK293 viability as well as expression of protein kinase B, podoplanin and nuclear factor 'kappa-lightchain- enhancer' of activated B-cells p65 subunit RelA. Additionally, this was associated with an intense reduction of the B-cell lymphoma 2 and Bcl-2-associated death promoter (Bcl-2/BAD) ratio in renal cells. Moreover, pharmacological inhibition of RelA, but not of protein kinase B, was shown to reduce cell viability in HEK293. In sum, our data indicate that BPA’s cytotoxic impact on HEK293 viability and gene expression is stronger than that of BPS in vitro.

Copyright: © 2018 Eisenreich A, et al. This is an open-access article distributed under the terms of the Creative Commons Attribution License, which permits unrestricted use, distribution, and reproduction in any medium, provided the original author and source are credited. 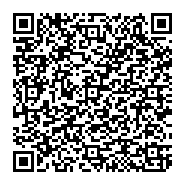