This study aims to forecast the climate change scenarios of Bago River Basin in Myanmar. A delta change method was used to correct the bias of maximum and minimum temperature and precipitation. The future projection period from 2010-2100 is classified into 2020s (2010-2039), 2050s (2040-2069), and 2080s (2070-2099) for analyzing meteorological parameters under RCP4.5 and RCP8.5 scenarios. It is observed that average annual maximum and minimum temperatures are projected to rise in the entire basin under both scenarios — most significantly in the 2080s. Average summer temperature is projected to decrease by approximately 0.25°C in the first century period under both RCPs. However winter season witnessed an increase in average temperature of 1.5-2.5°C, following by the rainy season with increase of average temperature of 0.9-2.6°C in future. Average annual precipitation shows a distinct increase in all three periods with the greatest upturn in the 2050s. Winter season is projected to receive more precipitation for both scenarios with an average increase of approximately 200 mm, whereas summer season shows the least rainfall change (25 mm) under both future scenarios. The highest mean monthly precipitation occurs in September during the 2020s (933 mm) and in July during the 2080s (868 mm) respectively. The average annual precipitation is projected to be at maximum in the 2020s (4085 mm, 40% increase) for RCP4.5 and in the 2050s (4263 mm, 43% increase) under RCP8.5.

Copyright: ©2014 Htut AY, et al. This is an open-access article distributed under the terms of the Creative Commons Attribution License, which permits unrestricted use, distribution, and reproduction in any medium, provided the original author and source are credited. 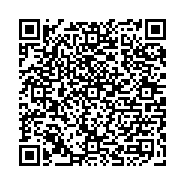