This study surveyed a rapid, efficient and reproducible protocol for in vitro shoot regeneration and rooting of two Middle East chickpea cultivars (Balila and Wady). Organogenic ability of various explants (decapitated embryo axes, fragments of embryo axes, fragments of embryo axes with basal part of cotyledons, entire and half of cotyledons) was tested on MS media containing different concentrations and nature of cytokinins (BAP and zeatin) or compound with cytokinin-like activity (TDZ). The highest level of shoot regeneration was achieved in Balila genotype using embryo axes fragments including the basal part of cotyledon on medium with 0.25 mg/L BAP. Higher BAP concentrations than 0.25 mg/L for Balila and 0.5 mg/L for Wady caused a decrease of shoot regeneration. On MS media supplemented with zeatin (1, 3 and 5 mg/L) and thidiazuron (1, 3 and 5 mg/L), the highest level of shoot differentiation was obtained from calli derived from fragments of embryo axes. Organogenic ability of calli from Wady genotype was enhanced by increasing zeatin and TDZ concentrations, up to 5 mg/L. Conversely, a progressive decrease of shoot frequency for Balila and root development for both genotypes, were observed with increasing concentrations of BAP, zeatin and TDZ.

Copyright: © 2014 Kadri A, et al. This is an open-access article distributed under the terms of the Creative Commons Attribution License, which permits unrestricted use, distribution, and reproduction in any medium, provided the original author and source are credited. 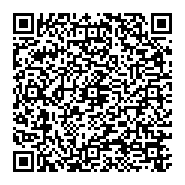