India has the third- highest number of PLHIV in the world. Early diagnosis at an oral healthcare setting where a large proportion of Indian population is seen can help prevent HIV transmission. This study expands upon to recognize the role of Indian dentists in providing HIV testing in India. Five focus groups with a total of 33 dentists were conducted in Delhi, Gandhinagar, Bhubaneswar, and Hyderabad (representing low, moderate and high HIV prevalence areas). The study suggested that dentists from all sites felt the need for HIV testing in dental setting. Although, only a small proportion of dentists would be willing to perform the HIV test and suggested that the test should be conducted by specially trained health professionals. Dentists practicing at government dental hospitals/ colleges were more willing to accept the idea of HIV testing in dental setting. Participants reported social stigma, fear of contracting disease, following up with patients with positive results, cost burden, false positives and lack of awareness and training as major barriers in offering HIV testing in dental setting. The study further suggests that there is a need introduce special training programs that will train and raise awareness on HIV management and HIV testing among dentists.

Copyright: © 2017 Ngaihte PC, et al. This is an open-access article distributed under the terms of the Creative Commons Attribution License, which permits unrestricted use, distribution, and reproduction in any medium, provided the original author and source are credited. 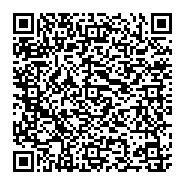