Global warming and associated sea level rise due to melting of major ice reserves is one of the most important and debated issues of present time. It has unequivocally been proved that mean global surface and ocean temperature is increasing due to anthropogenic input of greenhouse gases like carbon dioxide which has reached its maximum concentration up to 399.35 ppm since last 650,000 years. Due to greenhouse effect global ice caps, sheets and sea ice are melting. But there is an ambiguity of rate of melting of ice and rate of global sea level rise. This can be best exemplified by melting rate of Arctic sea ice with nonequivalent response to the rate of global sea level rise. Conceptual model proposed in this paper differentiates the role of continental glacier, ice sheets and sea ice in the process of global or eustatic sea level rise. It shows that melting of sea ice is not responsible for global or eustatic sea level change. However convoluted effect of melting of continental glaciers and ice sheets and thermal expansion of ocean water due to increasing ocean heat budget is responsible for recent eustatic sea level rise.

Copyright: © 2015 Ganguly S, et al. This is an open-access article distributed under the terms of the Creative Commons Attribution License, which permits unrestricted use, distribution, and reproduction in any medium, provided the original author and source are credited. 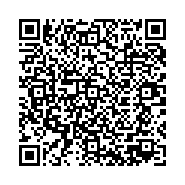