Eggplant and watermelon, as one of the important vegetative crops have grown worldwide. The aim of the present study was to analyze the overall growth of the two inbreed crops varieties after the biofield energy treatment. The plots were selected for the study, and divided into two parts, control and treated. The control plots were left as untreated, while the treated plots were exposed with Mr. Trivedi’s biofield energy treatment. Both the crops were cultivated in different fields and were analyzed for the growth contributing parameters as compared with their respective control. To study the genetic variability in both plants after biofield energy treatment, DNA fingerprinting was performed using RAPD method. The eggplants were reported to have uniform colored, glossy, and greener leaves, which are bigger in size. The canopy of the eggplant was larger with early fruiting, while the fruits have uniform shape and the texture as compared with the control. However, the watermelon plants after the biofield treatment showed higher survival rate, with larger canopy, bright and dark green leaves compared with the untreated plants. The percentage of true polymorphism observed between control and treated samples of eggplant and watermelon seed samples were an average value of 18% and 17%, respectively. Overall, the data suggest that Mr. Trivedi’s biofield energy treatment has the ability to alter the plant growth rate, and can be utilized in better way as compared with the existing agricultural crop improvement techniques to improve the overall crop yield.

Copyright: © 2016 Trivedi MK, et al. This is an open-access article distributed under the terms of the Creative Commons Attribution License, which permits unrestricted use, distribution, and reproduction in any medium, provided the original author and source are credited. 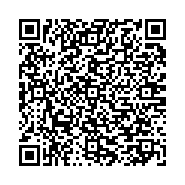