We present a temporal resolution in pollen and spore assemblages study, obtained from core sampling at a peat deposit in Serra de Botucatu, located at 900 m altitude in São Paulo State, southeastern Brazilian Plateau. This region was covered by grassland vegetation and forest patches throughout the recorded period. The palynomorphs of Debarya algae, found in some samples, were also used as proxies for palaeoclimatic and palaeoenvironmental reconstructions. The palynological analysis of 27 samples from the Late Pleistocene-Holocene plus 14C dating, allowed the recognition of five distinct climatic and palaeoenvironmental phases (palynozones). Between 28,460-25,700 yrs BP climate was predominantly humid and cold (temperate cold and wet). Among 25,700-14,650 yrs BP climate became dry and less cold (predominantly temperate cold). After that, between 14,650-7240 yrs BP climate was predominantly cold and drier at the beginning of that period, then more humid and changed into dry and warmer at the end of this palynozone (predominantly temperate). Probably, the most humid time for this period was at the beginning of the Holocene. The time interval between 7240-3680 yrs BP was characterized by slightly warmer and more humid (predominantly temperate wet). An increase in temperature and humidity occurred after 3680 yrs BP until present (tropical climate of altitude). A predominantly short period of drier and colder climate was established around 2620 yrs BP. This paper contributes to a better understanding of the climatic oscillations throughout 28 K years, at an ecological tension zone between tropical and subtropical eastern South America continental shelf.

Copyright: ©2013 Bissa WM, et al. This is an open-access article distributed under the terms of the Creative Commons Attribution License, which permits unrestricted use, distribution, and reproduction in any medium, provided the original author and source are credited. 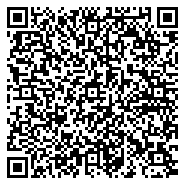