Performance and Yield Stability Analysis of Potato Genotypes in Ethiopia

Potato (Solanum tuberosum L.) is one of the most widely grown root and tuber crop in the mid and high altitude areas of Ethiopia. It has both dietary and income generating role to produces. However the yield obtained at farm levels is very low other compared with other county. One of the main reason for such low yield of potato in the country is luck of high yielding and disease resistance variety. To this effect, potato national variety trial was conducted by Adet, Holleta and Kulumsa Agricultural Research Centers with the main objective of identifying high yielder and disease tolerant potato genotypes in 2009 and 2010. In this trial 10 genotypes were tested against standard and local checks in randomized complete block design with three replications on gross plot size of 9 m2 planted at a spacing of 75 cm × 30 cm between rows and plants, respectively. Combined analysis over locations and seasons revealed that the clone CIP-396004.337 gave the highest marketable tuber yield of 345.60 qt/ha followed by CIP-395096.2 (344.20 qt/ha) whereas the lowest tuber yield (156.40 qt/ha) was from CIP-396029.250. Moreover, the lowest percentage (4.03%) of late blight infestation was from CIP-396004.337 as compared to 21.17% from genotype CIP-396029.250. GGE biplot as well as ASV analysis identified CIP-396004.337 as high yielder and stable clone and therefore recommended for release as commercial variety. Since 2013, it is released as new potato variety in Ethiopia with local name of “Dagem”.

Copyright: © 2018 Worku A, et al. This is an open-access article distributed under the terms of the Creative Commons Attribution License, which permits unrestricted use, distribution, and reproduction in any medium, provided the original author and source are credited. 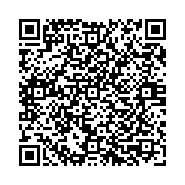