Considerable interest exists in confirming that meteorological variables may play determinant roles in dengue vector abundance. The principle vector for dengue is Aedes aegypti. Dengue Fever has been considered the most important vector-borne viral disease in Jeddah, Saudi Arabia, and is susceptible to climate variability. The aim of this study is to describe the association between adult female Aedes aegypti mosquitoes and meteorological variables and to develop models for predicting the mosquito abundance using Pearson’s correlation and regression analyses. Our results show that mosquitoes have the highest correlation with temperature at lag 0 time and relative humidity at lag 5 weeks. The highest two correlations were found between the mosquitoes and minimum temperature (r=-0.57) and maximum relative humidity (r=0.46). Two models were created based on the regression analysis results. The first model shows that 86% of mosquito values were within the upper and lower limits of agreement. The second model shows that 94% of the values were within the limits of agreement. The study findings could contribute to the forecasting of mosquito abundance peaks and subsequently guide a plan for mosquito control operations ahead of time that would help to minimize the outbreak of dengue occurrence and prevent the spread of dengue infections.

Copyright: ©2013 Khormi HM, et al. This is an open-access article distributed under the terms of the Creative Commons Attribution License, which permits unrestricted use, distribution, and reproduction in any medium, provided the original author and source are credited. 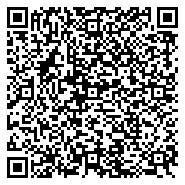