When the concentration of serotonin is increased in the central nervous system, it can induce serious adverse reactions known as the serotonin syndrome (SS). We report a case of SS which occurred during the switching of combined antidepressant treatment. The symptoms and treatment of this patient are described. Due to the widespread use of serotonergic drugs, the risk of SS appears to be increasing. Clinicians should be aware of the possibility of SS, especially in patients with a history of serotonergic drug intake, particularly large doses, combinations, when therapeutic doses are adjusted, or when switching from one to another, and in those who present with clinical features of SS.

Copyright: © 2018 Wang H, et al. This is an open-access article distributed under the terms of the Creative Commons Attribution License, which permits unrestricted use, distribution, and reproduction in any medium, provided the original author and source are credited. 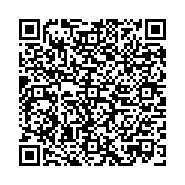