Soy Isoflavones (from Glycine max) in Menopause Health and Diseases

As per the third consensus meeting of Indian Menopause Society reports, the number of postmenopausal women in India is approximately 43 million and it is projected to be 103 million by 2026. While the average age for menopause in India is 47.5 years, there is an alarming increase of premature menopause among the Indian women has been reported recently. It has been observed that, nearly four per cent women of age group of 29-34 years attain menopause and its incidence increases to eight per cent in women of age group between 35 and 39 years. The reason for this early menopause is still unclear, but it is a major public health problem because of its influence on the development of components of metabolic syndrome. Despite HRT improves postmenopausal complications, the prolonged use of HRT was not recommended now due to its influence on the development of certain types of cancers; endometrial cancer and breast cancer in addition to its negative impact on cardiovascular diseases. Hence, understanding the cellular and molecular mechanisms which amenable for the pathogenesis of postmenopausal complications may open new clinical therapeutic targets for the management of these complications. Soy isoflavones, a natural phytoestrogen, which shares the structural and functional homogeneity with estrogen. Several studies have reported that soy isoflavones have beneficial effects against ovariectomy (surgical menopause) as well as diet induced metabolic complications in animal models; however, its efficacy in terms of improving metabolic complications associated with postmenopausal state is largely unclear.

Copyright: 2017 Sankar P, et al. This is an open-access article distributed under the terms of the Creative Commons Attribution License, which permits unrestricted use, distribution, and reproduction in any medium, provided the original author and source are credited. 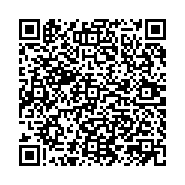