Peritoneal Cytology in the Staging Process of Gastric Cancer: Do or Don’t?

Copyright: © 2013 Ang CW, et al. This is an open-access article distributed under the terms of the Creative Commons Attribution License, which permits unrestricted use, distribution, and reproduction in any medium, provided the original author and source are credited.

Rigorous cancer staging protocols are paramount in assessing the extent of a patient’s cancer. This will determine an appropriate treatment strategy for the individual patient, improve survival prognosis, allow healthcare providers and researchers to exchange information in common terminology, and enable recruitment of patients into clinical trials. Staging systems for gastric cancer evolves with time as we continue to learn more about it.

After curative resection, the commonest pattern of gastric cancer relapse is peritoneal metastasis, which is the most frequent cause of death with gastric cancer [1]. Despite advances in radiological techniques, staging laparoscopy continues to contribute substantially in staging patients with gastric cancer. Studies have shown that up to 30% of gastric cancer beyond T1 disease on EUS and absent metastatic disease on CT scan will have peritoneal disease evident on laparoscopy [2,4]. PET scan is superior to CT scan for the detection of distant metastases [5,6] but owing to its sensitivity of only ~50% for detecting peritoneal carcinomatosis [7], PET cannot replace laparoscopy which clearly offers the advantage of direct visualisation of peritoneal cavity. In addition, peritoneal washings can be readily performed during staging laparoscopy to detect intraperitoneal free cancer cells (IPFCC).

IPFCC are exfoliated free cancer cells from the primary lesion. Patients with radiologically resectable gastric cancer but positive IPFCC have been shown to be significantly associated with early disease recurrence and poor survival, despite R0 resection [8,9]. Therefore, IPFCC is a marker of peritoneal micrometastatic development even in patients with no visible evidence of peritoneal disease on laparoscopy. In this context, peritoneal washing cytology provides invaluable staging information which predicts the possibility of peritoneal recurrence or treatment failure and allows targeted therapeutic approach to gastric cancer. The Japanese Classification of Gastric Carcinoma (JCGC) recommended peritoneal wash cytology as part of staging for gastric cancer since 1990s and patients with positive IPFCC have been regarded as Stage IV disease [10]. While the Society of American Gastroenterologists and Endoscopic Surgeons (SAGES) values peritoneal washings during staging laparoscopy [11], the European Society for Medical Oncology (ESMO) perceives peritoneal washings as non-obligatory [12]. Only recently, the American Joint Committee on Cancer (AJCC) staging system in 2010 had included peritoneal cytology into the TNM 7th Edition, with a positive peritoneal cytology staged as M1 disease [13]. Despite these internationally renowned classification systems, the practice of peritoneal washings in the Western countries is not uniform or routine due to several unresolved concerns.

In our institution, the author (Tan LC) routinely performs staging laparoscopy and peritoneal washing cytology on patients with radiologically resectable gastric cancer (Figure 1). One of the main criticisms of peritoneal washing cytology is its low sensitivity. The positive cytology rate ranged from 14-70% reported in the literature [14-16] which reflects the heterogeneity of patient cohorts with variable disease severity (those patients with more advanced disease correlate to higher positive cytology rate), the experience of pathologists, interobserver variability and differences in diagnostic criteria [17]. More specifically, in patients with potentially curative resections, the rate of cytology positivity ranged from 4.4-11% [18,19], consistent with our patient cohort where there were 10.2% of patients with negative radiological and staging laparoscopy for metastatic disease but positive IPFCC. In vice versa, our series also showed that a significant proportion of patients (8/20) have biopsy-proven peritoneal disease but with a negative IPFCC, this observation has also been described by Wang et al. [20]. These results further attest that peritoneal washing cytology has low sensitivity for IPFCC. Figure 1: Incidence of positive peritoneal cytology with or without visible peritoneal metastases.

One of the strategies investigated to improve the sensitivity of peritoneal washing cytology is to perform multi-cavities washings. The majority of gastric surgeons perform peritoneal washings only in pouch of Douglas, as recommended by the JCGC. Interestingly, Homma et al. [21] demonstrated higher sensitivity rate when washings were performed in multiple cavities-the right and left subphrenic space, inside the omental bursa and pouch of Douglas.

However, the much investigated and debatable improvement strategies lie in histopathology using immunoassay and advanced molecular biology methods. The conventional Papanicolaou staining cytological technique has been the current standard of practice, as in our institution, despite its widely reported low sensitivity rate. The immunoassay technique directed against cancer-associated antigen CEA has been shown to increase detection rate by up to 14% over conventional cytology [22]. Unfortunately this technique has largely remained in the research arena and not been adopted into routine clinical practice due to the application of the highly reliable reverse transcriptase polymerase chain reaction technique (RT-PCR). Many studies have demonstrated the superiority of RT-PCR in terms of sensitivity rate compared to immunoassays and conventional cytology in detecting IPFCC [17,23-26]. This molecular biology technique, however, is costly, time consuming and associated with a relatively low specificity rate [27,28]. Despite these limitations, the Japanese has been using molecular biology technique as the standard of clinical practice since 2006 in several large cancer centres and university hospitals for peritoneal washings from staging gastric cancer patients [28].

The most controversial concern regarding peritoneal washings in staging gastric cancer is perhaps its implications in planning an appropriate treatment algorithm for positive IPFCC, which is largely unknown. As demonstrated in our series (Figure 1), the management of patients with positive IPFCC identified during the staging process evolves with time and has resulted in several pathways [29]. Traditionally, most patients have been treated with a palliative approach rather than curative intent, in view of the fact that there are tremendous evidence in the published literature showing high rates of early peritoneal recurrence disease and death despite R0 resection. Therefore, it is highly unlikely that these patients will achieve any survival benefit and their quality of life is significantly compromised by the gastric resection. However, there is emerging evidence that these patients treated more aggressively with neo-adjuvant chemotherapy [30] or intraperitoneal chemotherapy [31] in combination with surgical resection with curative intent have much improved survival. More impressively, Kuramoto et al. [32] demonstrated in a randomised controlled trial that patients with positive IPFCC without overt peritoneal metastasis and treated with the combination of surgery and extensive intraoperative peritoneal lavage followed by intraperitoneal chemotherapy have overall 5-year survival rate of 43.8%. On the other hand, some institutions [29,30] adopt a much more pragmatic approach and have also shown favourable survival outcome, with aggressive neoadjuvant chemotherapy followed by re-staging process – re-imaging, re-laparoscopy and repeat peritoneal washings. Surgery is performed if there has been no disease progression radiologically and patients have become IPFCC-negative, with a respectable 2.5 year of median disease-free survival. However, all these treatment modalities are not standardised or uniform, and mostly remain in the research or clinical trial phase.

Undeniably, peritoneal washings and the identification of IPFCC do provide invaluable information in the staging process of gastric cancer. It is therefore not a question of ‘to do it or not’, but to do it right with evidence-based approach in obtaining the specimen and pathological analysis. Although survival prognosis of patients with positive IPFCC is dismal, it should not be a death sentence for these patients in view of the emergence of several promising treatment modalities associated with improved survival. Therefore, these patients should be managed with individualised treatment pathways and enrolled into clinical trials. Hopefully this will lead to the development of a much awaited treatment algorithm which is uniform and universally accepted. 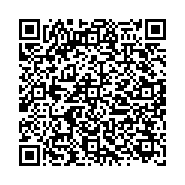