Recent Advances in Endoscopic and Laparoscopic Management of Gastric Malignancy: A Literature Review

Copyright: © 2013 Kawahira H, et al. This is an open-access article distributed under the terms of the Creative Commons Attribution License, which permits unrestricted use, distribution, and reproduction in any medium, provided the original author and source are credited.

The current gold standard treatment for early gastric cancer (EGC) is en bloc resection with D2 lymph node dissection because GC tends to spread to the lymph nodes at an early stage. Endoscopic submucosal dissection (ESD) and laparoscopic gastrectomy may be considered as treatment options for EGC, depending on oncological stage. ESD provide local treatment only. Sentinel node (SN) mapping can indicate which nodes will be the first to be affected. Local resection of the primary lesion with SN biopsy would therefore be an ideal treatment for EGC. ESD followed by SN biopsy involve full-thickness resection of the gastric wall, and it is expected that they will be more commonly used for the treatment of appropriate stages of EGC in the near future.

Minimally invasive surgery has been reported as a standard treatment option for early gastric cancer (EGC) [1]. The presence or absence of lymph node (LN) metastasis is the most important prognostic factor for patients with EGC. Conventional open gastrectomy with D2 LN dissection is currently the gold standard treatment for patients with gastric cancer in Japan. Data from the National Cancer Center Hospital and the Cancer Institute Hospital in Japan indicate that no well-differentiated intramucosal carcinomas measuring ≤ 30 mm in diameter (regardless of ulceration), or without ulceration (regardless of size), were associated with metastasis [2]. Local treatments such as endoscopic resection or local resection using minimally invasive surgery have therefore been used for the treatment of EGC.

Because of the good prognosis of EGC, less invasive treatment options have been developed over recent years, with acceptable outcomes. Generally, EGC are treated either endoscopically or surgically. This paper reviews the current approaches to the endoscopic management of EGC.

The incidence of LN metastasis a key aspect in determining optimal treatment for patients with gastric cancer. Review of pathological results found that patients with the criteria shown in the Table 1 did not have LN metastasis [1-3]. Patients who meet these criteria are therefore considered suitable candidates for endoscopic resection of EGC.

Table 1: Criteria for ESD based on the Japanese gastric cancer treatment guidelines 2010 (ver. 3).

However, intramucosal carcinomas are associated with an increased risk of nodal metastasis if the lesions are depressed or ulcerated, >30 mm in diameter, undifferentiated histological type, or associated with lymphatic or venous invasion. In these cases, traditional radical surgery, or surgery with modified gastric and lymph node resection, should be performed under laparoscopic or open approach. Local resection with sentinel node biopsy is a new concept for the treatment of EGC. This option lies between endoscopic resection and radical surgery in terms of invasiveness, and improves the quality of life of patients after surgery. Sentinel node (SN) mapping identifies the first lymph nodes to receive drainage from the primary tumor, and has been used to evaluate various tumors [4-8]. Minimally invasive treatment for EGC, such as ESD or local resection with SN biopsy under laparoscopy, has been evaluated in clinical studies, and the results will be available in the near future.

Endoscopic submucosal dissection (ESD) performs dissection within the submucosal layer. This is the most important endoscopic treatment technique, enabling en-bloc resection of EGC with no lymph node metastasis [9]. ESD has been accepted as a minimally invasive method for local resection for EGC with a negligible risk of lymph node metastasis [3] (Table 1). Although ESD is much less invasive than conventional open gastrectomy, complications have been reported to include hemorrhage in 5.5% of patients and delayed perforation in 0.45% [10,11].

Laparoscopic and endoscopic cooperative surgery (LECS) has recently been used to perform gastric wedge resection of submucosal tumors such as GIST [12-14]. The laparoscopic procedure is performed prior to ESD to devascularize the tumor and reduce bleeding during ESD, followed by laparoscopic reconstruction of the gastric wall. This raises the possibility of a new treatment strategy involving local resection and SN biopsy under laparoscopy for EGC when SN mapping becomes feasible. The combination of ESD and a laparoscopic procedure for LN dissection has the potential to become a new treatment strategy for EGC [8].

Since laparoscopy-assisted distal gastrectomy was first reported by Kitano et al. in 1994, laparoscopic surgery has become the standard treatment strategy for early gastric cancer [15]. This procedure is less invasive than conventional open gastrectomy, and the oncological outcomes are comparable, because radical gastrectomy and LN dissection have recently become possible [16]. Even though laparoscopic gastrectomy is a less invasive procedure, post-gastrectomy syndrome continues to be a problem for some patients.

Guidelines for minimally invasive surgery should consider evaluation of oncological outcomes and patient benefits. ESD is currently the standard treatment for EGC without LN metastasis. Methods to detect LN metastasis should be considered for patients undergoing minimally invasive treatment, and SN biopsy combined with local treatment for EGC will be used in the future. The SN detection rate has been reported to be 93.5–100%, with a diagnostic accuracy of SN biopsy for predicting regional lymph node status of 85–100% [17-20]. A combination of either ESD or full thickness local resection with SN biopsy is another potential treatment option for EGC. Endoscopic navigation using CT image processing is also being developed [21]. This technique used CT images which have been artificially deformed to account for an inflated stomach during the procedure, allowing endoscopists to simulate ESD and SN mapping before the procedure. Reconstructed preoperative CT images may be useful for real-time navigation during endoscopy or surgery. Fusion image processing which combines CT image analysis and real-time endoscopic images will be useful during ESD in the future. ESD and SN mapping will continue to be developed, and the results must be carefully evaluated in prospective clinical trials.

ESD followed by SN biopsy under laparoscopy is a considerable option of minimally invasive treatments for EGC. Prospective studies are needed to definitively determine the clinical usefulness and oncological safety of using ESD for the treatment of EGC.

We thank Professor Kiyokazu Nakajima at Osaka University for his advice and comments. 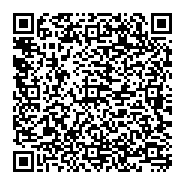