Alzheimer's Disease: A Failure of Clearance of Soluble Metabolites from the Ageing Brain

Copyright: © 2012 Carare RO, et al. This is an open-access article distributed under the terms of the Creative Commons Attribution License, which permits unrestricted use, distribution, and reproduction in any medium, provided the original author and source are credited.

Alzheimer’s Disease (AD) is characterised by the extracellular deposition of amyloid-β (Aβ) as plaques and in the walls of cerebral arteries as cerebral amyloid angiopathy (CAA) [1]. Possession of apolipoprotein E (apoE) ε4 genotype, hypercholesterolaemia and hypertension are all risk factors for the development of sporadic AD [2-4]. The degree of cognitive decline in AD is strongly correlated with the severity of CAA [5]. Most commonly, CAA affects the leptomeningeal arteries present on the surface of the cerebral hemispheres, followed by arteries in the cerebral cortex, but is rarely observed in the striatum [6,7]. Capillaries and veins are less frequently involved [8]. Medium sized leptomeningeal arteries show a patchy pattern of deposition of Aβ in the tunica media, reflecting the accumulation of Aβ in the basement membranes surrounding smooth muscle cells [9-11]. Some studies define two types of cerebral amyloid angiopathy: capillary CAA (CAAtype 1, or CAA1) and CAA without capillary involvement (CAA-type 2, or CAA2) [12].

Soluble Aβ is produced at all ages, has a wide distribution through the human body and seems to serve a variety of physiological functions: modulation of synaptic function, facilitation of neuronal growth and protection against oxidative stress [13,14]. Aβ 1-40 (Aβ40) is found at low concentrations in normal brains in its soluble form but increases 100-1000 fold with age and in CAA, where it is the major Aβ species [15,16]. Aβ 1-42 (Aβ42) is the main type of fibrillar amyloid in the extracellular plaques in AD. Multiple mechanisms mediate the clearance of Aβ from the brain, including degradation by enzymes, phagocytosis by macrophages and microglia, and transport into the blood by the low-density lipoprotein receptor-1 [17-21]. However, the molecular mechanisms by which Aβ aggregates as CAA in the ageing and AD brain remain unclear.

Perivascular clearance of Aβ relies upon the pressure gradients in the extracellular spaces, the intrinsic pump of vascular pulsations and the association and disassociation of the solutes with the basement membranes [27]. With increasing age, in the presence of apoE4 or pre-existing CAA, the perivascular drainage of solutes is compromised [24,28], leading to the accumulation of Aβ in the cerebrovascular basement membrane [29,30]. This is supported by reports from human anti-Aβ immunization trials, in which Aβ42 solubilised from parenchymal plaques was found in the vasculature [31]. In humans, this process results in excess oedematous fluid that collects in the Virchow- Robin spaces, resulting in leukoaraiosis, inflammatory changes and the corresponding radiological phenomenon [32,33].

The major questions that remain unanswered are how the major risk factors for AD affect the elimination of Aβ along capillary and artery walls. Clarifying this will provide a prelude to facilitating the perivascular elimination of Aβ from the brain for the prevention and treatment of AD and CAA. There is an urgent need to bridge the gap between genotype analysis and phenotype, by clarifying the mechanism for the elimination of solutes from the brain at molecular and biochemical levels. If indeed the risk factors for AD, such as hypercholesterolaemia and apoE genotype alter the biochemical compositions of basement membranes of the brain in a way that favours the aggregation and deposition of Aβ, attention could be focussed on the development of therapeutic chaperones that facilitate the clearance of interstitial fluid from the ageing brain, to prevent and treat AD. 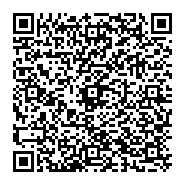